Delhi witnessed a scene which would have been unimaginable in any other country with a governance that speaks for the land and its people. A person known as Syed Ali Shah Geelani, allegedly a known hawala racketeer and a backstabber Kashmiri who is a qualified Pakistani agent demanding “Azadi” from India, was allowed to speak at a meeting on “Azadi the only way”. And the patriotic Indian protesters were arrested while the traitors were given law’s khaki protection.

Geelani, even by a modest definition, is a traitor who has no qualms about accepting Indian money for his medical treatment and getting Indian security for his life, and still abusing Indian democracy and people. He is the one who had more than a hundred Kashmiri youth killed by instigating them to pelt stones while his own kith and kin are enjoying foreign jaunts and a secure future abroad.

And lo and behold, this is what our home minister, P Chidambaram, said, “Geelani will be punished if sedition charges proved”. He added that the proceedings of Thursday’s seminar had been videographed and the footage was being checked to see if there was any violation of law in Geelani’s speech at the seminar organized by sympathizers of Kashmiri separatists.

It’s like taking a picture of a caged jackal and sending it to wildlife experts to “have it examined” and figure out whether it’s a jackal or a rodent.

The seminar’s subject was clear. The organizers and the speakers were known anti-India schemers who abuse Indian democracy and guarantees of freedom of speech. The speeches made at the meeting were dismissive of the Indian state and insulted the spirit of the tricolour. In spite of the evident sedition, the Sonia-Rahul government has decided to go soft and further cause injury to the morale of those soldiers who have been sent to Kashmir by the state power to protect the Constitution and India’s integrity. Why should a soldier fight and die for such an enemy-friendly government? If the voices of sedition are to be allowed to spread venom against the armed forces and patriotic people of India and then the home minister, confused and much-maligned by the Sonia loyalists, issues such ridiculous statements that reflect his “mazboori” to placate the traitors, then at least the armed forces should be spared the humiliation of being the target of both the traitors and the rulers in the valley.

Except during the emergency, I have never seen such a terrified media and a fearful section of the opposition that feels scared to call the bluff of the ruling elite putting Indian security and morale of the forces at its lowest ebb. It was left for the fighting spirit of an opposition leader, Arun Jaitley, to come out with a statement that reflected the anguish of the Indian patriotic people. Where have all other leaders gone? Is the tricolor and its honour the responsibility of just one party? Can the rest can speak in favour of secessionists or maintain silence, looking for the right kind of vote-gathering opportunity? The professor who should have been sent to the gallows for conspiring against the Indian state is seen leading the attack on the nation’s integrity again, rather than feeling grateful to the democratic ironies of our society where the social secular sirens helped him to get a new lease of life.

Freedom of speech cannot be an absolute right etched in stone. Those who made use of this freedom in Delhi to assault the sentiments of millions of Indians do not give this right to anyone in their respective areas of influence. Geelani not only instigates his hired hoodlums to silence the other voices in the valley but is the main instigator to push Kashmir into the black alley of backwardness and Talibanism. He is, by any modest definition, a traitor, who has no qualms about accepting Indian money for his medical treatment and getting Indian security for his life and still abusing Indian democracy and the people.

Freedom of speech has limitations. Hence hate, secessionism and pornography do not constitute essential parts of the right to speak and write. As  Stanley Fish puts it, “free speech, in short, is not an independent value but a political prize”. No society has yet existed where speech has not been limited to some extent.

I must quote a few lines from the invitation that was circulated for the “Azadi” meeting. It said, “The happenings in Kashmir over the past few months need no retelling. The situation has deteriorated to extreme levels with unarmed civilians, mostly young teenagers, being killed by the Indian armed forces with impunity. The toll from June 11 has reached 109, with the numbers of injured, maimed, and blinded much more. Curfews, bullets, tear smoke have become a routine to suppress the peaceful democratic protests.

“It is important at this juncture to bring the attention towards the fact that the basic issue at hand regarding the Kashmir dispute is the Self-Determination of the people of Jammu & Kashmir, for which they have been steadfast and hence been the target of the repressive military machine of the Indian State. The people of Jammu & Kashmir are clear about the fact that what they want is Azadi, which they have time and again defined in coherent terms of letting them decide their own future.

“The latest people’s resistance — which forms part of recently launched ‘Quit Jammu & Kashmir Movement’ — needs to be viewed as a continuity of the Resistance movement (Tehreek) which the people of Kashmir have been sustaining for over six decades.

“The political dispute vis-a-vis Kashmir need not be confused with the superficial measures like the removal of AFSPA, human rights violations, other draconian acts, stopping of unlawful killings, torture, enforced disappearances, etc. Though all these things do exist and need to be stopped at any cost, they manifest only symptoms of a broader and deeper malaise — militarized governance used to maintain a military occupation of the region by the Indian state, through its armed forces, numbering at least 7,00,000.”

Lies, absolute lies. You can talk to an honest enemy. You may have a dialogue with a secessionist who is sticking to his guns with some integrity and conviction. But how can you have a debate with a dishonest pleader?

Who are the people of Jammu & Kashmir waging this “Tehreek”? Is it true that “unarmed civilians” are being killed by the Indian armed forces? Or the violent and hateful stone pelters fell victim to Geelani’s instigations to attack Kashmir police, which is 95% Kashmiri Muslim? Why is the name of Indian armed forces being falsely dragged by these stone pelters’ Delhi shields?

Aren’t they playing the game of Pakistan by attacking the Indian armed forces, while everyone knows they are not at all at ground zero in the valley and all the active assignments of enforcing the law are being executed by J&K police or by CRPF, that too at the instructions of the state government, which is headed by Omar Abdullah, the “confused Indian and an uncertain Kashmiri” CM.

Who are these people, working as journalist in a mainline paper or dollar gatherer jugglers of words of an anglicized tribe to hold a brief for the “self-determination of the people of Jammu & Kashmir”? Do they know what constitutes J&K? Do they even know where Ladakh is? Do they know the patriotic people of Ladakh? And Jammu? And of the valley too? A small pro-Pakistan coterie of the Wahhabism, not more than 10% of the entire population of the state, is trying to grab the centre stage through violence and forcefully exiling its minority Hindu community. Why is this factor never discussed by or seen on the radar of “Azadi” seekers and their traitor friends in Delhi and Aligarh Muslim University?

Who is this Wazahat Habibullah, the backroom boy of the ruling family, speaking for the secessionists? Is he trying to repay some kind of a debt to his mentors?

India has fallen victim to a fake state – rulers who are taking the angst and patriotism for granted – inviting an unavoidable storm. One thought on “Mafiosi, their lies and a fake state: TARUN VIJAY ARTICLE” 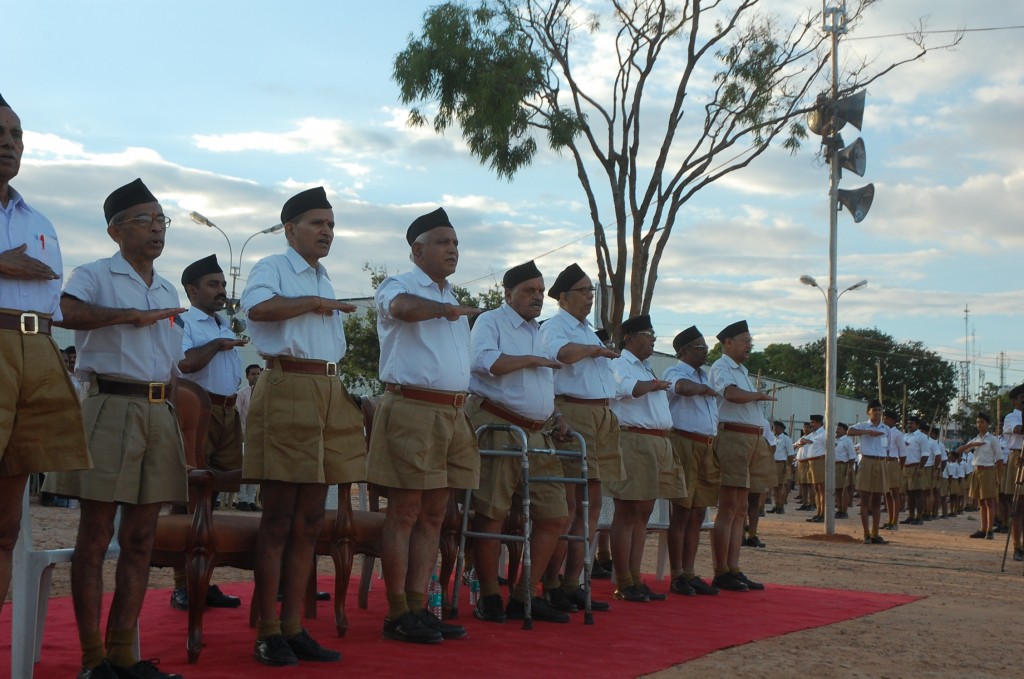