Swamy Jyothirmayanandji of Ramakrishna Vivekanand Ashram said- Instilling discipline and devotion towards motherland is Swamy Vivekanand’s dream. R.S.S. is indulged in this. The term saffron terrorism is very wrong and mischievous.

R.S.S. reaching out to the tribal people through Ekal Vidyalayas said Jagannath Bhangoor.

Saffron which signifies knowledge, peace and sacrifice, cannot be home to terrorism. The central Govt. will and eye on the vote bank is deliberately leading a miscompaign which  would definitely fail. This agitation is not an end but a start against the hate compaign unleashed by anti national forces said Sri Raghunandan, Vibhag Pracharak.

Many prominent people also spoke on the occasion. 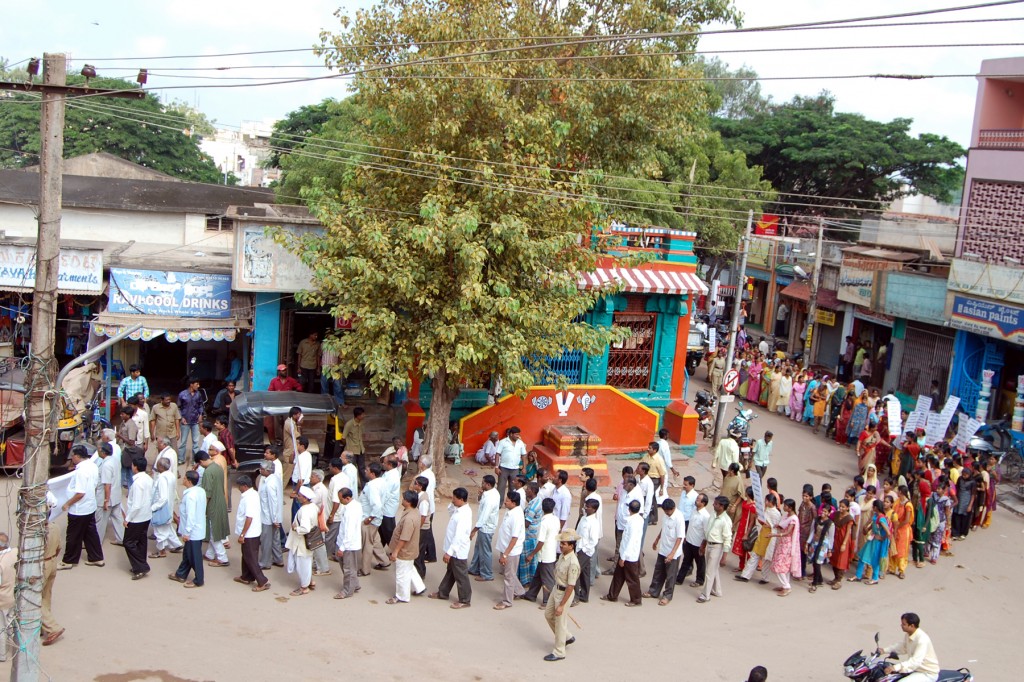