NEW DELHI: Exactly 10 days before the court judgement on Ayodhya, RSS chief Mohan Rao Bhagwat on Tuesday said, in keeping with wishes of most Hindus, the Sangh wants a Ram temple to come up at the “janmabhoomi” in Ayodhya. But the RSS also wants the Muslims to help build the temple, and the verdict to become an occassion to mend ties between the two communities.
Bhagwat assured that his party would respond to the verdict lawfully, constitutionally and in a democratic manner.
“Aprirations of the Hindu society is that there should be a temple at Ram Janmabhoomi. Our response to the verdict will be in deference to those wishes. We will try to ensure that Ram temple is constructed there,” Bhagwat said during an interaction at IWPC.
“We can react to the verdict only after it comes. Further legal options will also be available,” he said, hinting that the RSS may move the Supreme Court if the Allahabad High Court cerdict is not in its favour.

Asked why the RSS insists on a temple being built at Ayodhya, he said, “we want a Ram temple be constructed at the janmabhoomi because earlier there was a temple there. The temple was destroyed to shatter the morale of the society. Reconstruction of the temple is everybody’s responsibility. It is not fair to oppose it since Ram is a symbol of our national identity”.
Asked specifically about whether the Sangh sees the verdict as an opportunity to repair relationship with the Muslim community, which was damaged since the demolition of the Babri mosque in 1992, he said, “Much of the distrust can be removed by building the temple. A mandir can help bring integration in this country. Even the Muslims, if they agree to build the mandir, will be considered as one of our own for helping build the Ram temple.”
Bhagwat said, “We don’t want any divide in society. We have to work towards doing away with divide. Over the last five to seven years dialogue has begun between the leaders of the two communities’ religious leaders. There was no dialogue between them before that. Ram is not just a religious icon, but a cultural icon in India. There should be rashtiya smarak (national monument) in the form of the Ram temple.”
Asked if the Sangh was ready to enter into a dialogue with the Babri Masjid Action Committee on the issue, he said, the talks would be a domain of the panel of “sants”, who have been involved in the temple movement.

On whether the RSS is disappointed with the BJP’s muted response to the temple issue, he said, “The Ram mandir movement has helped the BJP. However, we do not look for help from anyone to run our movement. The BJP will decide what it will do, though it is true that the BJP came to power because of it.”

Eleven days ahead of the Allahabad High Court’s verdict on the Ayodhya title suit, RSS chief Mohan Bhagwat indicated that the Sangh was open to taking legal recourse if the court ruling is not up to its expectation. Interacting with journalists at Indian Women’s Press Corps, Bhagwat, however, maintained that the RSS’s response to the verdict would be “within the limits of law, Constitution and democratic way”.

“We can react to the verdict only after it comes… further legal options will also be available. Any party involved in the case can move the Supreme Court if the Allahabad High Court verdict does not come in its favour,” said the RSS chief. He, however, maintained that it’s not only the aspiration of the Sangh but also of the Hindu society that there should be a temple at Ram Janmabhoomi.

Allaying apprehensions of violence after September 24 verdict, Bhagwat said, “The sangh is against any kind of violence. There will be no trouble from our side,” he said.

To another question that the temple built at the disputed site can create a divide in the society, Bhagwat said, “We don’t want any type of divide in society, we don’t see it as a Hindu-Muslim dispute but an issue of respect of our national values…in fact, if the temple is built there it will help in integration of the society.”

Asked if the RSS is disappointed with BJP’s attitude to temple issue, the RSS chief said, “The Ram mandir movement has helped the BJP…however, we do not look for help from anyone to run our movement.” 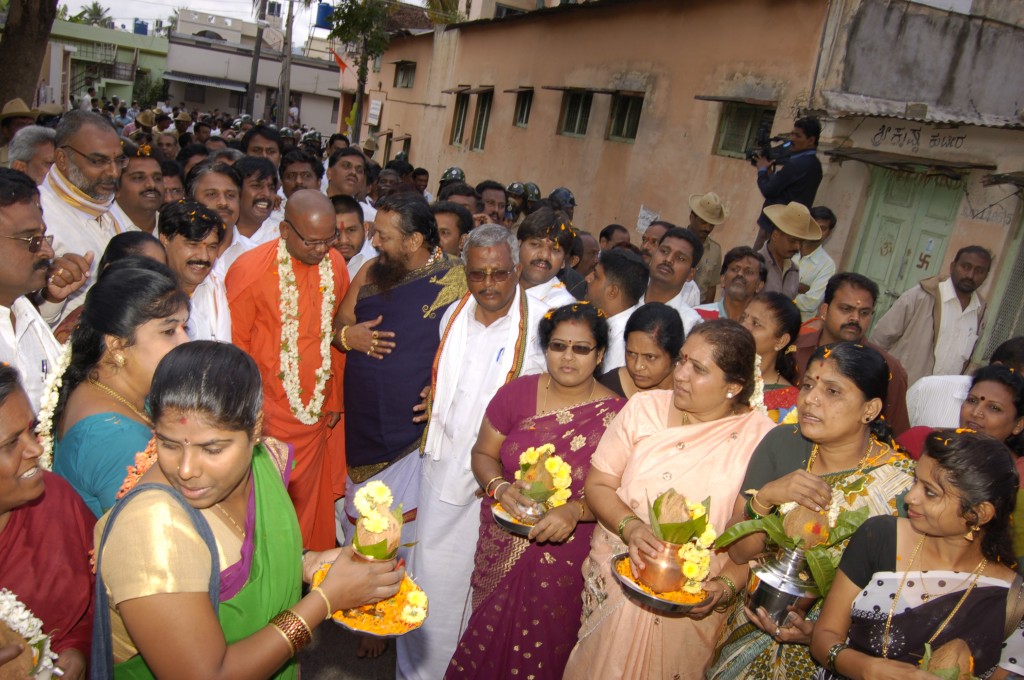