Recently, 2 weeks earlier, Pejawar seer’s visit to  the Dalit colony during his 72nd Chathurmasa Vrita has led to harmonious development and has received a lot of positive response across the social spectrum. Besides creating a lot of debate in the mass media, Karnataka is all set to witnessed a new phenomenon yesterday at Mysore.

Shree Basavamurthy Madhara Chennaiya Swamiji  of Chitradurga– who represents Madiga community (considered to be among the lower stratas of the society) – went on a “Padayatra” in the Brahmins’ locality with a noble intention to  create harmony in the society.  Harmony should prevail from a multi-dimensional angle, the Seer observed.

Samarasya Vedike had lent its full support to the Pejavar seer’s visit  to Dalit colony.  The Vedike is also fully behind Shree Basavamurti in his effort to create an harmonious society.  The office-bearers  of Samarasya Vedike have spoken to both the Seers with a view to create a better understanding between the various stratas of the society.

The Madiga Community seer’s visit to Brahmin locality in Mysore is indeed a historic development.The Brahmins of that area decorated their streets with flowers and colours to welcome the Seer in his historic visit.

The Seer reached Mysore Monday  night by 8.00pm and stayed and performed Puja and related religious rituals in a Brahmin family in Krishnamoorthy Puram  as  previously organized.

At 8.00AM Shree Basavamurthi Madhara Chennaiya Swamijee  was welcomed by residents of Krishnamoorthypuram at 6th cross railway gate. Then The Seer went Padayathra in Brahmin locality there.  The Seer later participated in a conference about Social Hormony at Sri Ramamandir at Krishnamoorthypuram  in which he addressed a select audience. Several leaders of Brahmin Community, other societies were participated. 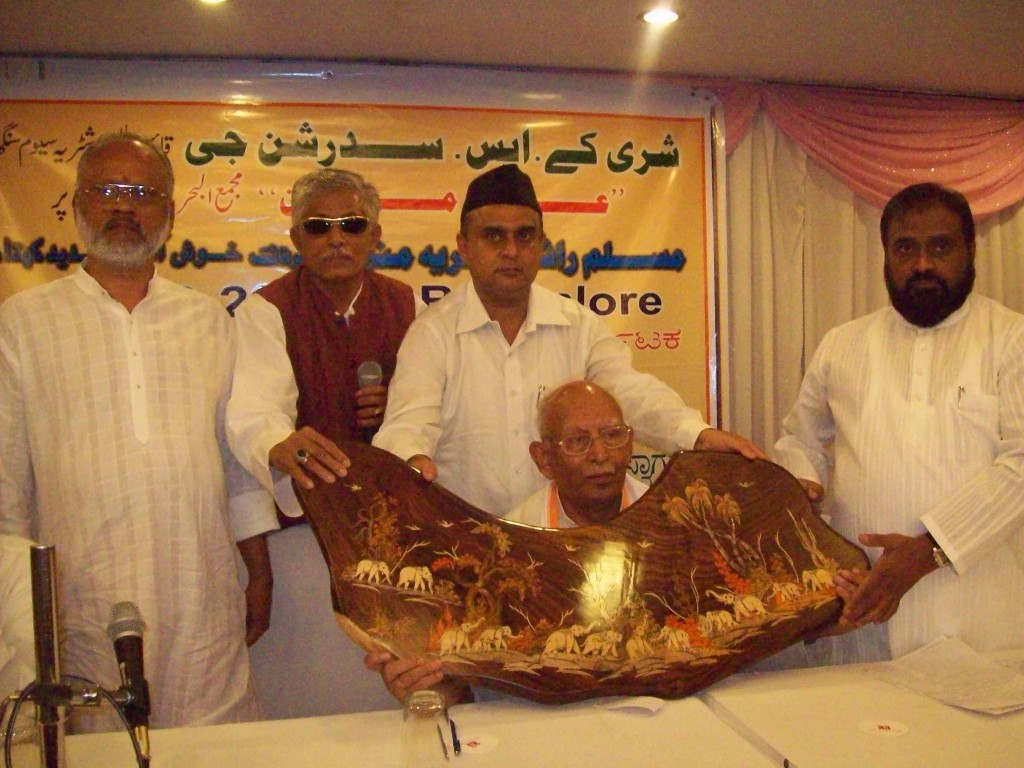