RSS national executive member Sri. Ram Madhav calls the public to support the protest dharna on 10th November 2010. The dharna is being organized by RSS in protest of politically motivated anti-Hindu and anti-RSS canards that are being spread by some leaders of the ruling establishment. He was addressing the press at Bangalore today. The full text of his press statement is below:

The 3-day meeting of the Akhil Bharatiya Karyakari Mandal of the Rashtriya Swayamsevak Sangh (RSS), concluded on 31st Oct at Jalgaon (Maharashtra), has decided to hold nationwide MASS DHARNA on the 10th of November at all the state and district head quarters to protest against the vindictive and politically motivated anti-Hindu and anti-RSS canards being spread by some leaders of the ruling establishment.  Misleading charges of ‘Hindu’ and ‘Saffron’ terror, sinister designs to malign Hindu saints and Hindu organizations and attempts to wrongly implicate functionaries of the RSS in some bomb-blast cases in the recent times suggest a deep-rooted conspiracy to silence patriotic and nationalist voices in the country. It is well known that the RSS is an organisation committed to imparting character, discipline and patriotism in the society. In the last 85 years the RSS has made yeomen contribution to our national life. At the ideological level the RSS has always displayed zero tolerance to terrorism of all varieties – Jehadis, Maoists, North East insurgents, Kashmiri terrorists and others. In the process the RSS has lost many of it’s important cadres, especially in States like J&K, Jharkhand, Chattisgarh, Andhra Pradesh, Kerala, Tamilnadu, North Eastern states etc. It is an irony that the victim of terror is today being portrayed as a perpetrator of terror by self-seeking politicians.

As part of the investigations into some cases of bomb blasts in the country during 2007 and 2008 the agencies have arrested some individuals and charged them with certain accusations that need to be established in the courts. One of the accused happened to be an RSS Vibhag Pracharak at the time of his arrest. The Sarkaryavah of the organisation Ma. Sri Bhayyaji Joshi had immediately issued a statement extending full cooperation to the investigations. The accused functionary was immediately relieved of his responsibilities.

Standing by the commitment given to the agencies the activists of the organisation have extended all possible cooperation to the investigating agencies like the ATS, Rajasthan; ATS, Maharashtra and the CBI. During the course of the investigation when the some junior officers of the agencies used unacceptable methods like physical and mental torture against several of it’s activists in states like Jharkhand and Madhya Pradesh the organisation took it in its stride that some indiscretions of the agencies may be overlooked in the interest of fair investigation.

However the charge sheet filed by the ATS, Rajasthan projects every accused as an RSS activist while the fact remains that none, except the said Vibhag Pracharak Sri Devendra Gupta, had anything to do with the RSS for last several years. Similarly the way the name of a senior RSS functionary Sri Indresh Kumar has been dragged into the charge sheet citing a meeting in which the accused were allegedly present and he allegedly addressed the same smacks of a sinister conspiracy only. The charge sheet neither presents any evidence about the said meeting nor makes any specific charges against him. It clearly shows that there is some conspiracy to implicate Sri Indresh Kumar in this case thus damaging his own reputation and that of the organisation as well.

As soon as the charge sheet was filed some senior and responsible leaders of the Rajasthan Government and the Congress Party have gone overboard making irresponsible statements against Sri Indresh Kumar and the RSS. There was also an attempt to revive the bogey of an Oxymoron called Hindu/Saffron Terror. In fact the credit for giving birth to this Oxymoron goes to Union Home Minister himself who had raised this bogey in a speech a couple of months ago.

We would like to remind the hon’ble Prime Minister that the his own Government had earlier held HuJI and LeT responsible for the bomb blasts at Ajmer, Hyderabad and in Samjhouta Express. The US State Department has held Arif Qasmani, the chief coordinator for Lashkar-e Tayyiba’s (LET) as involed in the Mumbai suburban train blasts of July, 2006, and in the Samjautha Express blast of February 2007. On August 6, 2010, the US State Department made public notifications designating the Harkat-ul-Jihad-al-Islami (HUJI) of Pakistan as a Foreign Terrorist Organisation and Ilyas Kashmiri belonging to it as an international terrorist. Similar action has been taken on US advice by the anti-terrorism sanctions committee of the UN Security Council the same day. But now our Government says that it was Hindu terror.
All this convinces us that there is some sinister political conspiracy to defame the RSS in particular and the Hindu movement in general. This is an old game by vote hungry politicians. Every time they chase religious vote banks of the minorities they try to project the RSS as anti-Minority.

The Hindu movement created by the RSS and several other organisations has become a thorn in the flesh for many anti-national and anti-Hindu forces like the religious proselytisers. The RSS Swayamsevaks have played a very important role in launching movements to defeat the designs of these forces. Amarnath movement, movement for protecting Tirupati shrine’s sanctity, protecting Ram Setu from certain destruction are some recent examples.

In fact in the last few years the country has witnessed a sustained campaign by these anti-Hindu forces against saints, temples and the Sangh. Slanderous campaign against eminent Hindu saints like Pujya Jayendra Saraswati of Kanchi Mutt, Sri Sri Ravi Shankarji and Asharam Bapu and the heinous murder of Swami Lakshmanananda Saraswati in Kandhamal suggested some deep-rooted conspiracy.

The Sangh seems to be on the target of these anti-Hindu and anti-national forces as it has emerged as the biggest impediment in their designs.

It is a sad commentary on our Government that it stands helpless in front of the Naxal marauders and venom-spitting anti-nationals like Gilani and Susanna Arundhati Roy whereas it is overzealous in harassing patriotic organisations like the RSS.

The nation is very well aware of the evil politics of the sections of the political establishment. For the sake of political power they have continuously sabotaged national interests. In the last 6 decades they have made several unsuccessful attempts to attack the RSS. But with the love, trust and confidence of the people of the country the RSS has bounced back much stronger from every such evil conspiracy. It may also be noted that every time the nation has punished the conspirators mercilessly. We are certain that the present conspiracy to defame the RSS and Hindu movement too will meet the same fate and the conspirators will pay the price for their evil intentions and acts.

The proposed Dharna is intended to create public awareness by exposing the baseless charges against Sangh and the politically motivated conspiracy of defaming Hindu beliefs and Hindu sentiments. We appeal to the patriotic people of our country to join and support this protest Dharna in a big way.

The protest has been organised on November 10, 2010 at 11.00am at all District headquarters of Karnataka including Bangalore. Protest Dharana will be held at the premises of Town Hall, Bangalore, later a delegation will meet Hon. Governor and submit a memorandum. 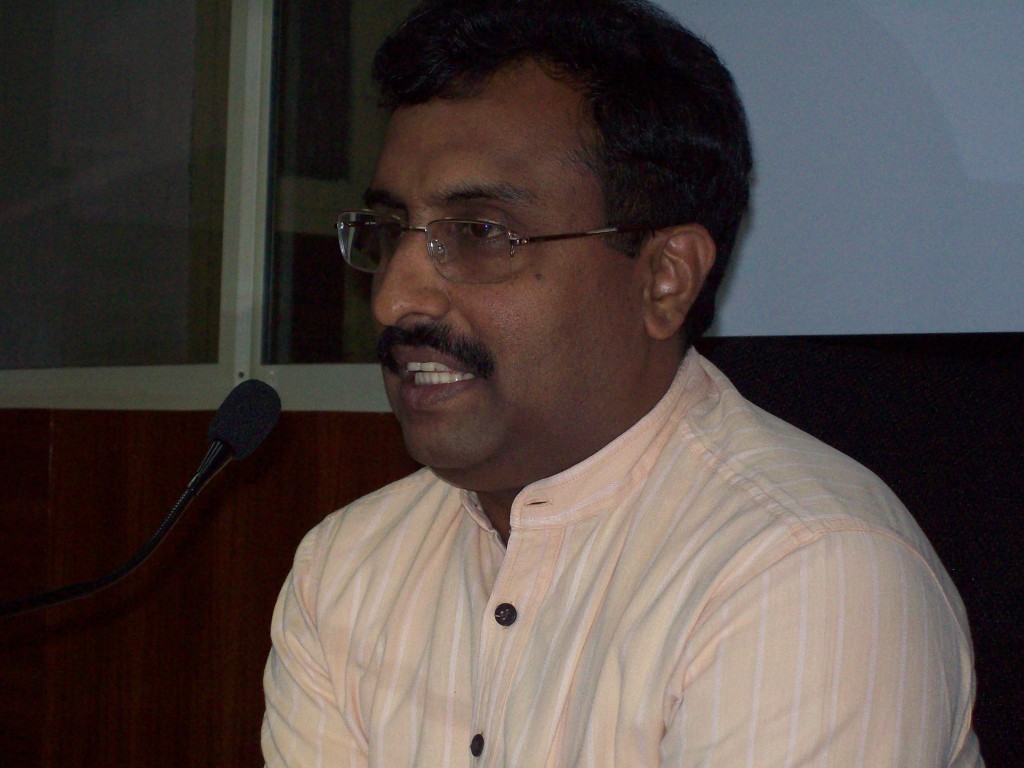