New Delhi: The Rashtriya Swayamsevak Sangh (RSS) on Tuesday welcomed the Supreme Court order dismissing a petition to defer the Ayodhya verdict, and said that the apex court had made the appropriate decision. RSS spokesman Ram Madhav said the whole country was looking forward to the Allahabad High Court judgment on the title suit in the Ayodhya dispute.  There was a deliberate process to defer the judicial process. The petitioner had no locus standi,’ Madhav said, adding that the apex court had done what was appropriate.

He said that the Allahabad court judgment would be one step forward in the legal process.

To a query, Madhav said that Sangh leaders will meet to deliberate the High Court judgment.

The RSS on Tuesday said the Supreme Court has done the “right thing” by dismissing a petition seeking deferment of the Allahabad High Court judgement on the Ramjanmabhoomi-Babri Masjid title suit.

“Whatever the Supreme Court has said is the right thing. A deliberate attempt was made to derail the judicial process by approaching the Supreme Court,” RSS leader Ram Madhav told reporters here.

He said the petitioner had no locus standi in the title suit and the apex court had done the “right thing” by dismissing the plea.

A Supreme Court bench headed by Chief Justice of India S H Kapadia on Tuesday dismissed a petition filed by Ram Chandra Tripathi seeking deferment of the Allahabad High Court judgement on the title suit contending that attempts should be made for an out-of-court settlement of the issue.

“It (petition) deserves dismissal. Now that the petition is dismissed, the whole country is looking forward to the High Court verdict,” Madhav said.( http://www.indianexpress.com/news/RSS-praises-SC-for-spiking-effort-to-derail-Ayodhya-verdict/689479)

Thu Sep 30 , 2010
In a historic verdict today, Allahabad Highcourt has opinioned that that Disputed land of Ayodhya is Ram Janm Bhoomi undoubtedly.  Briefing the media, Ravishankar Prasad, advocate who represents Hindu group told that the disputed land is Ram Janmabhoomi and is a divine place. The Allahabad High Court rules by majority […] 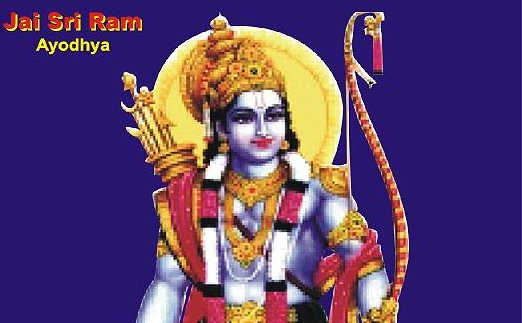