At the end of the game, India stood at second position with a all-time highest medal od 101 which includes 38 gold, 25 silver and 36 bronze medals. Australia occupied the top position with 74 gold, 55 silver and 48 bronze medals. Many rural talents including Olympian Medalist Sushil Kumar have shown their committment at the best, meanwhile a noted participation came from North-east Indian states like Manipur etc. Now as Indians we can proudly say that we encourage the sports culture in India and the 1o-gold medal record in  wrestling  is an evidence of this. Record10 gold- in Wrestling: Records are either made or broken in mega sporting events like the Commonwealth Games 2010. Making new records is always a good feeling and this time India is having best of its time with becoming the first country to get 10 medals in any single sporting discipline. On Sunday, India entered the record book by clinching 10 medals in the wrestling discipline and the 10th medal which was the much awaited gold medal, was bagged by none other than Indian pride Sushil Kumar. Others who contributed to the wrestling medal tally include Anuj Kumar, Joginder Kumar, Ravinder Singh, Rajender Kumar, Anil Kumar and many others. With this new record interestingly on the 10th day of the 10th month in 2010, India showed that they are the new powerhouse in wrestling which has been played in almost every Indian village in the form of Kushti.

According to the reports, Indian wrestlers were in full swing right from the opening day of the sporting event and grabbed three gold medals on the very first day which was also a clean sweep. For the first gold medal, Ravinder Singh knocked down Terence Christopher of England in the Greco-Roman 60-kg category. Sanjay brought the second gold medal for the country in this discipline by pinning down South Africa’s Richard Brian in the 74-kg Greco-Roman category.  The desire to get medals did not stop here and India got its third gold in 89-kg wrestling discipline and the credit goes to Anil Kumar. The Commonwealth Games 2010 will surely be an affair to remember for the world and India itself as many new records are being made.

The female wrestlers also proved that they are the force to reckon with as they bagged three gold medals in the wrestling freestyle category. Geeta Kumari, Alka Tomar and Anita won accolades for India in the form of three gold medals in 55-kg, 59-kg and 67-kg category respectively. This year Indian wrestlers and shooters proved their mettle by winning majority of the medals for India and this clearly depicts that there is a lot to expect from the Indians in other sporting disciplines also. The final day of the wrestling competition at the Commonwealth Games 2010 was a day to remember as the Olympic bronze medal winner Sushil Kumar won gold medal in the 66-kg freestyle wrestling event. Now as Indians we can proudly say that we encourage the sports culture in India and this wrestling record is an evidence of this. (http://news-views.in/cwg-2010-wrestling-medal-haul/)
NEW DELHI: Tuesday was another good day for India at the Commonwealth Games 2010. Indian athletes continued their efforts to collect as many medals as possible. At the end of the day India had collected 31 gold medals. This in itself was a feat.

Before the start of the Commonwealth Games 2010 India had set a target and it was to be at number one or number two spots. India would be happy with the way things have unfolded at the event. Till now it has succeeded in occupying the number two spots.

That is no small things for Indian athletes who have always lagged behind in international sports events. This exposure will undoubtedly boost their morale. Besides, this only shows that if provided a chance and environment Indian athletes can also shine.

On Tuesday shooters were at the centre of attraction. Heena Sidhu and Annu Raj Singh, both shooters, won gold in the 10-metre air pistol pairs event. They helped India grab 31 gold medals. This is the highest India has ever bagged in Game’s history. Eight years ago India had earned 30 gold medals at the Manchester Games eight years ago. With more decision to come it is understood that India may be able to able to improve its medal tally.

Shooters have played a prominent role in increasing India’s gold tally. Out of the 31 gold medals that India has won, about 14 have come from the shooters. Interestingly, they have come from Karni Singh Shooting Range. This has certainly generated a heated debate in the country that India has the potential in shooting. If exploited and trained properly then some of these shooters have the ability win medals for India at international events. (http://www.ndchronicle.com/news/CWG_medal_tally_2010__India_take_32nd_gold__England_30___Australia_68__Pakistan_2_1286915275/)

Sun Oct 17 , 2010
(Abstract of the Vijaya Dashami Speech of Sarsanghachalak Mohanji Bhagwat.) Verdict on Ram Janmabhoomi- an auspicious sign Festival of Vijaya Dashami is celebrated in our country with great gaiety and enthusiasm from time immemorial as a day of victory of the “Dharma” i.e. virtue, service and righteousness. This year the […] 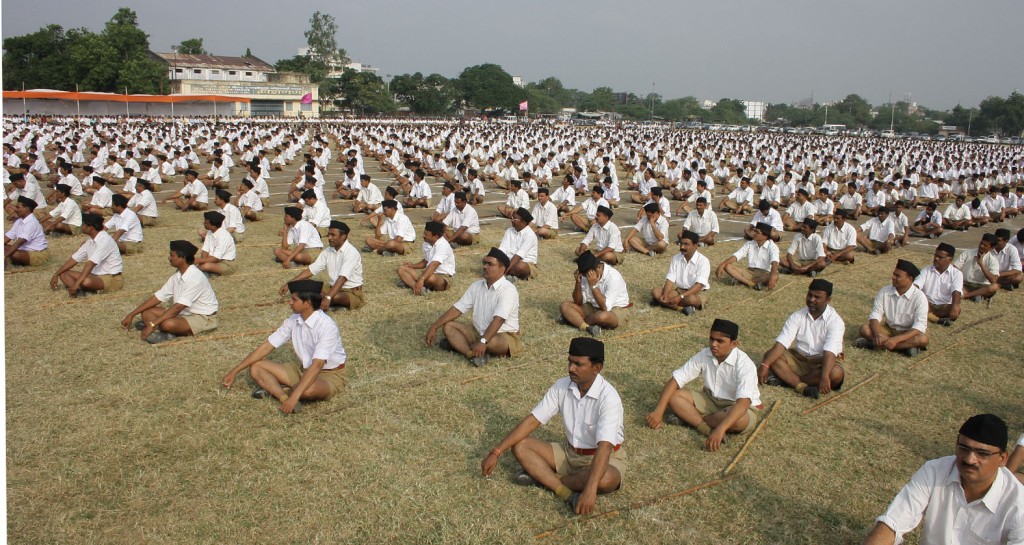