It was 58 years ago, on June 23, that Syama Prasad Mookerjee died as a detainee of the state government in the Srinagar Camp Jail at the relatively young age of 51.

He had gone there to protest against a system under which even Indian citizens, including the President of India, could not enter, without a permit, the state of Jammu and Kashmir, despite it being a part of the Union.

To highlight its gross unfairness and anachronism, Mookerjee defied the system on May 11, 1953.

Arrested, he remained in detention —without trial — till his death in circumstances that have remained unclear till date.

Following this tragedy, a wave of public anger swept the country. Bengal was particularly incensed. Mookerjee’s funeral procession was the biggest gathering ever seen in Kolkata.

In his letter of June 29, Atulya Ghosh warned Jawaharlal Nehru: “The public feeling in our state has risen very high”.

Soon after Mookerjee’s death, his mother, Jogmaya Devi, posed a poignant question to Prime Minister Nehru: “Had my son, a citizen of India, a member of the House of People, a leader of Opposition, no fundamental right to enter Kashmir without any obstruction from any quarter?” This question alone raised the level of national consciousness so high that no government, howsoever insensitive, could afford to maintain the status quo. Soon thereafter, the permit system was abolished and the need for establishing a just and meaningful relationship between Jammu and Kashmir and the rest of India gained both earnestness and urgency.

An able administrator, a skilful parliamentarian and a firm believer in building a strong and united India, Mookerjee stood out as a stalwart of the 1946-53 era. Despite differences in outlook and attachment to different political philosophies, Nehru and Mookerjee had respect for each other and remained in the same Cabinet for a number of years.

It was in April 1950 that Mookerjee resigned from the Union Cabinet on the issue of harsh treatment accorded to the minorities in East Pakistan. But the impact of his powerful intellect and animated leadership continued on the national scene. He was fearless to a fault and never hesitated to call a spade a spade.

Mookerjee was the first to sense Abdullah’s hidden ambition to bring about a virtual sheikhdom of his own. In a letter written about four months before his death, he told Abdullah in no uncertain words: “You are now developing a three-nation theory, the third being the ‘Kashmir nation’. These are dangerous symptoms and not good for your state or the whole of India”.

Grant of special status to Jammu and Kashmir was anathema to Mookerjee.

He deplored government’s lack of clarity on the subject. On August 7, 1952, he asked the Prime Minister: “Was Sheikh Abdullah not a party to the Constitution of India? Did he not accept this Constitution in relation to the rest of India, including about 562 Princely States? If it is good enough for all of them, why should it not be good enough for him in Kashmir?”

Elaborating, he said: “Suppose some sort of fulfilment of the pledge that we are thinking of so literally in relation to Kashmir was demanded by other states, would we have agreed to give that? We would not have, because that would have destroyed India”.

Mookerjee denounced the tendency of labelling the critics of the government policy on Kashmir as non-secular and narrow-minded.

He once commented in the Lok Sabha: “The Prime Minister said the other day that even if Kashmir had not acceded to India when it was attacked by raiders, the Indian Army, on humanitarian grounds, could have marched to Kashmir and protected the distressed and oppressed. If I make a similar statement, I am a communalist, I am a reactionary. I am a war-monger!”

Mookerjee cautioned Parliament: “If you just want to play with the wind and say we are helpless and let Sheikh Abdullah do what he likes, then Kashmir will be lost. I say this with great deliberation, that Kashmir will be lost.” Parliament, unfortunately, did not rise to the occasion. It let the then Prime Minister do what clearly had seeds for future troubles.

And these troubles came in abundance. The Delhi Agreement, arrived at between Nehru and Abdullah in July 1952, proved largely one-sided. The provisions of this agreement included the abolition of hereditary rulership, the election of a constitutional head of state, Sadar-i-Riyasat, by the state Assembly from among the state subjects, denial of citizenship rights to non-state subjects and the flying of a separate flag for the state.

The special status to the state has also caused acute resentment amongst the people of Jammu and Ladakh. They think that this status has enabled the Kashmiri leadership to establish its hegemony over them.

For example, they nurse a long-standing grievance that, under the cover of Article 370 and the state Constitution, decisions have been so manipulated by the leaders of the Valley that the power structure in the state has permanently tilted in favour of the Kashmir region. In this regard, it has been frequently pointed out that for the Lok Sabha, Jammu returns one member for every 1.5 million people, while Kashmir sends one representative for every 1.1 million.

Likewise, the people of Ladakh, too, have been complaining that, instead of being made “free sons of free India”, they have been thrown “at the mercy of the Kashmiris”.

What is worse, Abdullah proved insincere even to Nehru who had travelled miles to accommodate him.

Nehru was shocked when he discovered that his “loyal friend” was seeking the support of the Anglo-American block for an independent Kashmir. He was left with no option but to have Abdullah removed from the scene. But much damage had already been done. And, unfortunately, the fallout of this damage still continues. 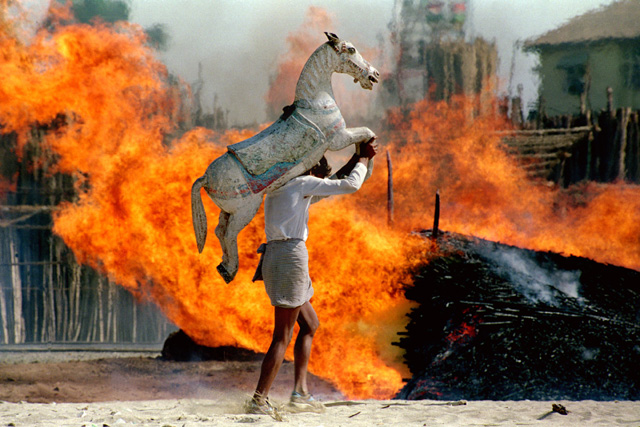