Francis Fukuyama is a bright political thinker but many disagreed with him when in 1992 he wrote a book titled “The End of History and the Last Man”, in which he observed:

“What we may be witnessing is not just the end of the Cold war, or the passing of a particular period of post-war history, but the end of history as such: that is, the end point of the mankind’s ideological evolution and universalisation of Western liberal democracy as the final form of human government.”

In the context of the last round of Assembly elections in our country whose results have been announced last week, the most significant result is the end of CPI (M) rule in West Bengal.

The left front led by CPI (M) has been in office in West Bengal since 1977. No other party has had the good fortune of ruling any state uninterruptedly for 34 years as the CPI (M) has done. And yet its achievement in terms of the State’s developmental growth and people’s welfare in the field of education and health has been conspicuously dismal.

Mamata has carved a place for herself in the history of West Bengal by achieving something that no one else has been able to achieve earlier, smash the stranglehold of the Marxists on this state.
***
Today BJP is not in office at the Centre, but we are in office in seven states; the NDA is ruling two other states besides.

On the basis of our six year long experience in New Delhi under Shri Vajpayee (1998 -2004) and the nine Assemblies where we presently are holding the reins of office, I can say that if either at the centre or in any state we get such an extraordinary opportunity as the leftists have had, or even continuously for just one and a half to two decades, it can be confidently claimed that the state population’s full potential can be brought to the surface, and the country as a whole brought to the level of other advanced countries of the world.

Problems like poverty, illiteracy, lack of healthcare, inadequacy of power, roads, other aspects of infrastructure and even irrigation, etc – all these can certainly become history.
***
I well recall the early years of independence and cannot forget the attitude of arrogance we used to perceive among the leftists who met us. The Jana Sangh was in its infancy at that time. I recall a Kerala Marxist reminding me of the proud boast of the British imperialists. He remarked: “The Britishers used to say: the sun never sets on the British Empire. It is only a matter of time before we also would be able to make the same claim. Already, we are in control of more than half of Europe. Not only in India, but in all the developing countries of Asia it is the Communist ideology which is seen as a beacon of hope for the future!”

As a ringside observer of Indian politics since independence, I hold that 1989 which Fukuyama called the End of History because it was the year which marked the fall of the Berlin Wall, and the Dismantling of the U.S.S.R was not the End, but an important  Turning Point both in Global History as well as in Indian Political history.

1989 certainly marks the commencement of the decline of Communism as an ideology. In India the decline may have come two decades later, but it has arrived none the less.
***
The BJP was formed at a national conference held at New Delhi on April 5 and 6, 1980. The Conference was preceded by a meeting of the Janata Party’s Central Parliamentary Board on April 4, 1980.

It was at this meeting that the Board took a majority decision to throw out of the Janata Party all former members of Jana Sangh on the ground that all of them were also members of the RSS and this amounted to dual membership, and so disqualified Jana Sangh members from continuing in the Janata Party.

Incidentally, April 4 in 1980 was Good Friday, and April 6 on which BJP was formally founded, an Easter Sunday.

I have often commented on these two dates as conveying a message from the perspective of Christian mythology.

The first Lok Sabha election our party had to face after being resurrected as BJP was the 1984 election held just a few weeks after Smt. Gandhi was brutally assassinated by her own security guards.

In this election held in December 1984, the BJP put up 229 candidates.  But we won only 2 seats!  Even in the first General Election held thirty two years earlier in 1952, the Bharatiya Jana Sangh had won three seats. So, this year marked the lowest point in our graph.  In fact at places, I had often commented: this was for us not a Lok Sabha election, but a Shok Sabha election!

But it is no less important for us that the very next election of 1989 became for us the highest point till then.  From two seats in 1984, we leaped to 86 in 1989!  And after that we never looked back until in 1998 the BJP secured 182 Lok Sabha seats and successfully formed the National Democratic Alliance which ruled the country for six years, till 2004.

Indeed, it is the BJP’s ascendancy in the last two decades that have made Indian polity a bipolar polity with Congress and BJP as the principal poles of national politics.
*** For over six months now, in every nook and corner of the country, just one issue that has dominated all public discourse has been corruption. More and more people have been commenting: the dimensions of the scams that have surfaced have made the common man say: this isn’t the ordinary sarkari corruption we are familiar with; this is nothing short of loot and dakaiti !

When I complimented Jayalalithaji on her victory, I told her that her success would be no doubt very good for her State but this time the principal scam having been the Spectrum Scam, the Tamilnadu outcome has a national significance. If her opponents had won after all that had happened, the message to the country would have been shocking: the electors are totally unconcerned about corruption!  Thanks to her achievement, this has not happened.
***
TAILPIECE 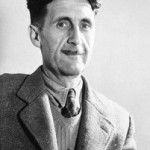 In the early years of independence, for us whose ideological grounding has been in cultural nationalism, we naturally reckoned communism as our principal ideological adversary. For book – lovers I would strongly recommend three of the books I had read those days, and which I enjoy reading even now. Two of these books are of fiction and by the same author George Orwell. These are (1) Animal Farm: A fairy tale (2) Nineteen Eighty –Four: A political novel. The first of these books was published in 1945, and the second in 1949. The third book I wish to commend is not just non-fiction. It is a very moving autobiography, titled WITNESS. The author is Whittaker Chambers who after playing a prominent role in the Communist underground in Washington in the 1930’s painfully broke with communism and the Communist Party in 1938. He resurfaced to become a distinguished writer and editor of Time magazine. This book was first published in 1952.
Former US President Ronald Reagan said about the book: “As long as humanity speaks of virtue and dreams of freedom, the life and writings of Whittaker Chambers will ennoble and inspire.”

Tue May 17 , 2011
Editorial of RSS national mouth piece ‘ORGANISER’ We are proud to be Indians But the ruling party heir-apparent is not Rahul Gandhi says he is ashamed to be an Indian. Every Indian is expected to be proud of his motherland. It is strange that a person who is the No. […] 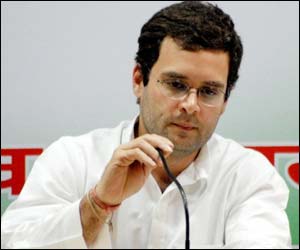