Where have secularists gone?

The Andhra Pradesh Prohibition of Cow Slaughter and Animal Preservation Act – 1972 was thrown to the winds, even as-many-as thirty thousand (30,000) cows were dastardly and reprehensibly slaughtered on  November 9, 2011 on the eve of Id-e-Baqrid. While various Hindu organisations observed haplessly and helplessly.

In fact, almost all states in India, except of course the North-East states of Meghalaya and Nagaland have enacted anti-cow slaughter laws. But, no one ever cares to implement the so-called laws. Most of the cows were slaughtered on the streets in full public gaze in Andhra Pradesh State capital of Hyderabad. Those establishments or organisations vested with the responsibility of prevention cow slaughter have simply turned a blind eye and did nothing to stop the butchery of hapless and holy cows.  As far as the ruling party is concerned, it appears that they are interested only in the vote bank politics and so-much-so, bothered the least in the matter. The media and press who raise a big hue-and-cry even for silly things have maintained a stony silence and totally and shamelessly ignored the whole criminality.

The so-called animal lovers hardly attempted to stop this heinous crime. Well, for that matter, every single political party closed their eyes on this sordid episode. Less said is better about our self-centred political leaders. Not to specially mention,  every party, every organisation, every outfit behaved as nothing happened.  We wonder where all these organisations have disappeared or simply vanished. The Muslims during celebrations of Baqrid, traditionally kill only goats and lambs; are now resorting to slaughter of cows against their own religious tradition. Why? What could be the reason? Maybe it is due to the weak, passive and unassertive pathetic Hindu society. The atrocious act of Muslims is not limited to just Hyderabad but this devious and illegal killings were carried out at many places including Vijayawada, Visakhapatnam, Bhainsa, Kamareddy, Nizamabad, Kurnool, Kadiri and Kadapa.

It is said that a Muslim religious organisation, the Dar-ul-Uloom, Deoband has actually made an appeal to the Islamic society not to harm holy cows; even then, this brutal sin was committed by  the Muslims.

This is nothing but a challenge not just to the Hindu society but to the nation at large.

The AP Prohibition of Cow Slaughter and Animal Preservation Act – 1972 was actually an improvement to the already existing Act of 1960. This Act even specifies the mode and method of transportation of cows in trucks and vehicles duly taking care to see that the cows are not subjected to torture or suffering during transportation, the Motor Vehicles Act also was suitably amended to incorporate this provision. Committees were formed to review the implementation of the provisions once in every year, and special powers were also vested to the committee. All these acts, committees, powers have gone in vain.

And now, what are we Hindus doing. We conduct and rejoice coronation ceremony of  Saif Ali Khan  Pataudi when his father Mansur Ali Khan Pataudi died. We are eager to bring in Ranganath Misra Commission, Rajinder Sachar Committee to do “justice” to Muslims (sic), while in fact, it is the Hindus who need basic human rights in India that is Bharat.

Let’s co-operate with Hindu organisations, let’s join in their efforts of serving the nation and nation building. Inaction, failure to act, fumbling, indecision, procrastination and dithering will lead us nowhere.
Now is the time for us to act. Time is precious and running out.

Hindus wake up and fight to defend the honour of our beloved Motherland, our culture, our nation and our Dharma. 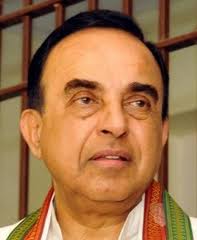