By S Chandrasekhar in Organiser

The controversy surrounding Mullaperiyar Dam in the Kerala-Tamil Nadu border and the demand for building a new dam in place of the century old British built dam, especially during the Sabarimala season, is seen as a conspiracy by Christian/Jehadi groups to torpedo Sabarimala pilgrimage.

Right from the fifties, the church has been against the Sabarimala Temple and pilgrimage. They saw the ‘Ayyappa Cult’ as a threat to its conversion activities, as Hindus forgetting caste and creed flocked to Sabarimala in thousands. In the later fifties, Christians burnt the Sabarimala Temple. Later, as lakhs began flocking to the Temple, they raked the ‘Nilakkel issue’ by planting a cross at ‘Ayyappa’s  Poonkavanam (Garden).’ Thanks to the RSS-VHP massive agitation, the cross was removed and the Nilakkel Shiva Temple renovated.
As crores from all over the world forgetting religion, colour, race, creed heaped into Sabarimala, Christian-inspired false propaganda that a Kannada film actress (Christian convert) entered the Sanctum Sanctorum and that the ‘Makaravilakku’ is man-made, went the rounds.
Unmindful of this and facing all hardships crores from all over the world have started coming to Sabarimala, this season also.

An average of 3 to 3.5 crore of pilgrims visit Sabarimala, during the November-January season. 40 per cent of these come from Tamil Nadu. The Ayyappa cult has arrested the Christian conversion activities in Tamil Nadu. Forgetting caste differences, Hindus have become one. Much before the season, Christian leaflets denouncing Ayyappa and Makaravilakku were distributed. At many places, the leaflet distributers were physically attacked by Ayyappas.

Almost 50 per cent of Tamil Nadu pilgrims come to Sabarimala via Kumily route, the entry point on the Kerala-Tamil Nadu border and in the midst of the Mullaperiyar Dam controversy.

The anti-new Dam groups in Tamil Nadu and pro-new Dam groups in Kerala consist of atheists like Vaiko (TN) and Christian groups (Kerala). For almost a week now, Sabarimala pilgrims and their vehicles are being attacked on both sides of the border. Their tyres are torn, glasses broken and young, old and women attacked. There has been steady decline of pilgrims through Kumily and at Sabarimala, Fearing attacks Tamil Nadu Ayyappas are completing pilgrimage at Ayyappa Temples there.

There are strong indications to believe that just like the church-inspired agitation against Kudamkulam Nuclear Power plant, Mullaperiyar agitation during Sabarimala season is also a Christian plot to torpedo the Ayyppa Cult in Tamil Nadu and accelerate its conversion activities. As everyone knows, Vaiko was financed by LTTE, who got their finances from church-controlled drug cartels. Also Prabhakaran during his last years embraced Christianity and there are strong reasons to believe that Vaiko’s godfathers are the church.

Sabarimala is also under Jehadi scanner. For several years now pilgrims coming from other states are stoned and attacked at Muslim pockets. Several wanted Jehadis are being regularly arrested from Sabarimala by national security agencies. Sabarimala is under RAF and NSG cover.

When this Dam controversy is pending for long, raking it up during Sabarimala season, is nothing but a Christian ploy to torpedo Sabarimala and accelerate conversion!

One thought on “Communal Angle in Mullaperiyar Dam Controversy”

Wed Dec 21 , 2011
ISI spreading tentacles in North-East From Jyoti Lal Chowdhury in Organiser SILCHAR: Security and intelligence agencies are rattled by the disturbing inputs on Dawood and his gang spreading their tentacles in north east states in order to take hold on the traditional circuit and conduit of narcotics-smuggling business. This is a […] 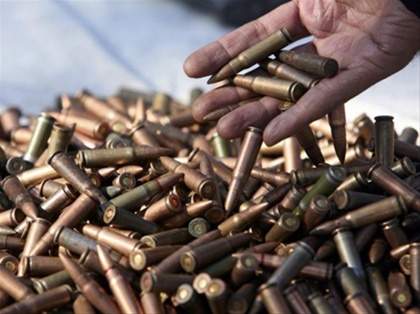