CORE ISSUE IS NOT CRICKET, IT IS INDIA

It may be a battle between two armies, or an election fight between two political parties, or a sporting match between two rival teams.

Success brings joy to the winner, and failure inflicts depression on the loser. As an individual who has been in public life for over six decades now. I can recall numerous occasions relating to all the above mentioned three categories of events, of which some can be described as exhilarating crests and others as demoralising troughs.

But let me affirm that when around 11:30 P.M. on April 2nd night Team India’s skipper M.S. Dhoni hit a triumphant sixer to defeat Sri Lanka in a match that from beginning to end was a suspenseful cliff-hanger and win the World Cup for the country that became for tens of thousands like me present at the Wankhede Stadium an unforgettable moment for ever.

In fact I can think of numerous occasions which have made me and Indians generally quite happy. But I cannot think of any other event that has made the entire Indian population, urban as well as rural, irrespective of caste, community, language or region unitedly feel as ecstatic and proud as they felt the moment they heard about the result of the World Cup Final.

The match, followed by the presentation ceremony, handing over of the World Cup to India, etc. all ended by midnight. But the vicinity of the Stadium, including the picturesque Marine Drive, had milling crowds there till the early hours of the morning.

At the Stadium itself, it was a sight to be seen to be believed. Thousands of flags were being waved, songs like Vande Mataram, Sare Jahan Se Achha were being chanted, and Jai Jai Kars of individual players were being shouted. Emotions and feelings were virtually exploding.

My daughter Pratibha had brought with her a National Tricolour and when Dhoni, Sachin and their men were going round the Stadium, Dr. Farooq Abdullah, Shahnawaz Hussain, Pratibha and I stood up holding the Flag to greet the Indian team. As we were all in the Special Enclosure in which the Presidents of India and Sri Lanka also were seated I availed of the opportunity to personally compliment both the Presidents for the wonderful match that had been played by the two Teams.

I wish it is realised that the core issue is not cricket, it is the country. It is India, it is Bharat. Millions who do not understand anything about cricket have been enthusiastic partakers in these victory celebrations, only because for them it has actually been a Bharat Mata ki Jaya. Some of the media headlines significantly have been

Late Madhu Dandavate and I had not only been close friends and co-parliamentarians, but had shared several other unforgettable phases of our life as well.

Both of us were prison-mates in the Bangalore Central Jail and the Rohtak District Jail during the 1975-77 Emergency. After the emergency, both of us were Cabinet Ministers in Shri Morarji Desai’s Government. Dandavate was entrusted the responsibility of the Railway Ministry while I urged the Prime Minister to let me deal with the Information and Broadcasting Portfolio and liberate the media from the suffocating censorship infrastructure of the Emergency era. Morarji Bhai recognised my credentials as a former journalist, and agreed to my request.

I remember that in the late seventies, a weekly by name Gentleman used to be published from Mumbai. It was a well produced periodical. After the fall of the Morarji Government in 1979, this journal approached the two of us – Dandavate and me – with the request that both of us now in the Opposition, write a fortnightly column for the Gentleman giving the Opposition viewpoint on current political issues which they would publish alternately.

That for over ten years we were co-columnists for the same journal may not be known to many. I have recalled this just to introduce Minhaz Merchant who was in the Gentleman in those days and whose phone call to me in February last was a pleasant surprise.

Merchant reminded me of his Gentleman days and said that he was presently Group Editor-In-Chief of Merchant Media Ltd. and founder of Government Watch.

He and Ajit Ranade, co-founder & Trustee of Association of Democratic Reforms (ADR), supplemented by the Mumbai Press Club had planned a series of bimonthly programmes aimed at ‘’holding national leaders to account” by having a panel of senior editors have a free-flowing dialogue with him in the presence of a sizeable contingent of media persons.

Merchant said to me that they who planned this wished to start the series with me. The programme was to be titled ‘Face The Press”.

I agreed to the proposal and suggested to him that the programme could be launched shortly after the Budget Session of Parliament.

The Budget Session of Parliament ended on March 25, 2011. This innovative programme of the Association of Democratic Reforms (ADR), Government Watch (GW) and the Press Club, Mumbai was held at the Mumbai Press Club premises on March 28, 2011.

The panel of editors who came to talk to me were: N.Ram, Editor-in-Chief,The Hindu, Uday Shankar, Chief Executive, Star India; and Kumar Ketkar, Dainik Bhaskar Group. The interaction was moderated by Minhaz Merchant & Ajit Ranade.

The interaction lasted for nearly an hour and a half. A verbatim record, I understand has been maintained. Numerous T.V. channels were there to cover it. Some excerpts were shown later. The Press Club Hall was packed and there were many media men in the lawns outside for whom a large screen had been put up.

On March 31, 2011, Mint has published a page full of edited excerpts from the officially maintained record. These excerpts can be downloaded from :

In the course of my interaction with the panelists, I warmly complimented N. Ram for the signal service he had done the country by managing to make public all WIKILEAKS documents which had any bearing on Indian affairs. I specifically lauded The Hindu’s Special Correspondent, Siddharth Varadarajan for being very perceptive in his analysis of the Cash for Votes scandal. The March 18 issue of the Hindu which carries the U.S. Charge d’Affairs Steven White’s cable to Washington saying that at the residence of Satish Sharma, M.P., the American Political Counsellor was shown two chests full of currency notes adding up to about Rs.50 to 60 crores and that he was also told that “money was not an issue at all, the crucial thing was to ensure that those who took the money would vote for the government.”

In this very issue, March 18, 2011, Varadarajan has written an article captioned “Bribery charge must now be investigated”. In this article, there is this very significant paragraph :

On the eve of the July 22, 2008 vote of confidence, I wrote an op-ed in The Hindu where I said: “Even if the government wins the trust vote on Tuesday, the Prime Minister and the Congress will not be able to live down the taint of impropriety surrounding their victory.” The more I think about it, the more convinced I am that the listlessness, drift and corruption that so many commentators have indicted the Manmohan Singh government for in its second innings have their origins in the manner in which that trust vote was won. The UPA lost its moral centre that day, and with it, its political bearings.

There was a time when in parliamentary debates, the presence of M.Ps like Mahavir Tyagi, Piloo Modi and Madhu Dandavate very often added the sparkle of wit and humour to the debates.

Having recalled my associations with Dandavate it would be appropriate to record one of his quips which I heard when he and S.N. Mishra and I were transferred from Bangalore Jail to Rohtak Jail during the 1975 Emergency. We all had gone to Bangalore for a Parliamentary committee meeting on June 25, 1975. That night the Emergency was imposed, and next morning we were arrested and jailed.

We filed a habeas corpus petition in the Karnataka High Court against our MISA detention. The Chief Justice himself was hearing our petition and the court room used to be jam packed with lawyers. The remarks made by the judges on the Bench made it obvious to Government that the Court was determined to strike down the MISA order and set us free.

It is therefore that New Delhi decided to revoke the earlier order, release us, and immediately re-arrest us under a fresh order and shift us to Rohtak. It was past midnight when we reached Rohtak and it was raining heavily.

Our first encounter with the jail authorities in Rohtak was far from happy. The Deputy Superintendent of the jail, one Saini, who was to complete the formalities regarding our entry, asked a convict warder to search our luggage. And what a search it was! Not satisfied with rummaging through our clothes and books, the warder began to examine the soles of our slippers in the hope of finding hidden papers!  Shyambabu, seething with pent-up anger over the jerky journey and the sleepless night, exploded at Saini. Madhu Dandavate flung a good-humoured barb at him remarking: ‘Mrs. Gandhi has no doubt called for soul-searching; but that is s-o-u-l, and not s-o-l-e searching’. 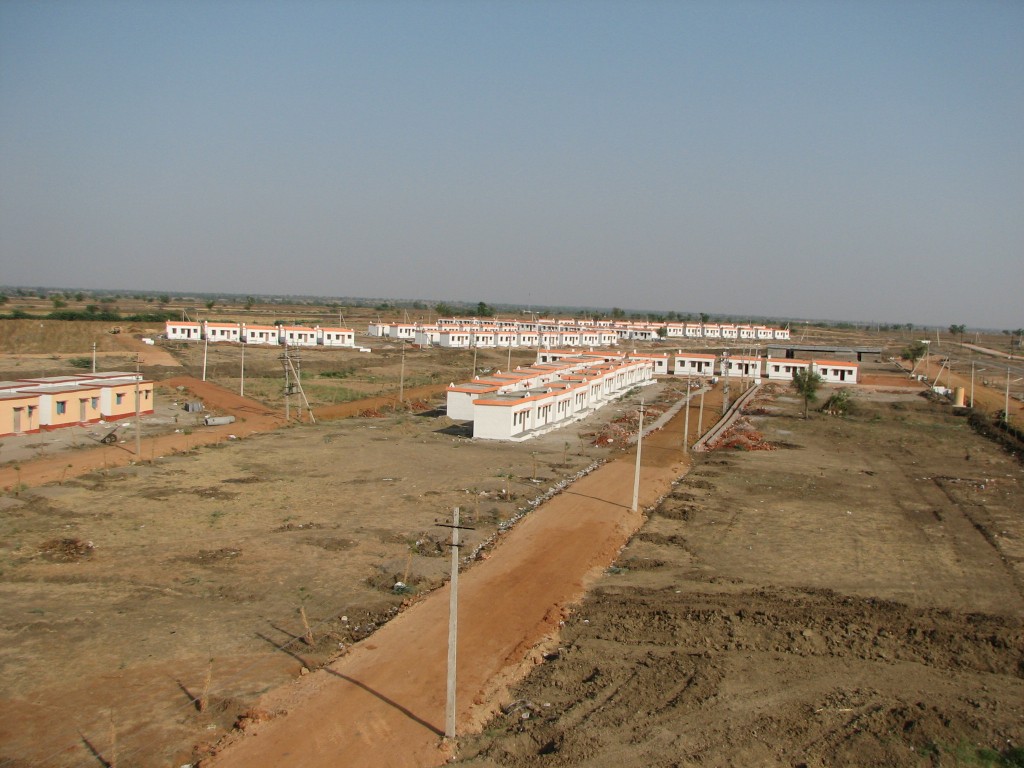