Why islamic bankjing is not acceptable in India?

Islamic scholars argue that payment of interest is a bane on the society. What are the alternatives especially example, for old-aged people who live on the interest from deposits of their lifelong savings, if interest is prohibited? How will banks survive without charging interest on loans extended?

An Islamic banks cannot charge interest, but then what does it do to survive? By giving by one hand, and taking away twice as much or more by the other hand! Let us take an example: If you want to purchase a house worth Rs 10 lakh an Islamic bank will not give you a loan of Rs 10 lakh at a rate of interest and fixed maturity as non-Islamic banks would. Instead the Islamic banks will purchase the house and sell it to you at a higher price! This means they will make a profit and such profit is called halal, as per Sharia! They will ask you to pay this back in say 15 years or so. Of course, interest-free. This is back-door collection of interest.

Thus, an Islamic bank is like a boiled ice cream; it cannot exist in real life without tricking our confidence.

An Islamic bank, or even NBFC, that operates in India, would violate at least the following laws, rules and regulations:
1. Partnership Act (1932), which stipulates a maximum of 20 partners, since KSIDC says it will be an open partnership between it and private investors without limit.
2. Wagering (not permitted under Sharia) as per Section 30 of Indian Contract Act (1872).
3. Sections 5(b) & (c), 9 and 21 of Banking Regulation Act (1949) on prohibition of profit-sharing, buying and selling property, and for not charging interest.
4. RBI Act (1934)
5. Negotiable Instruments Act (1881)
6. Co-operative Societies Act (1961)

Islamic banks will not be permitted by Sharia to give loans for liquor manufacture, cinema, hotel, entertainment industry, etc. These however are under current laws of India legitimate and legal activities. When the government is a partner in the NBFC (as proposed in Kerala), how can an NBFC, which is partnered by KSIDC, deny loans for such legitimate activities, without violating Article 14 of the Constitution, a fundamental right of equality before the law?

It is clear that Islamic bank or NBFC cannot be started in India without violating numerous laws and regulations. Can Kerala legislature amend the laws to make it Islam-compliant? Not possible because under Article of the Constitution 246 only the central government is empowered to change banking and financial statutes. Moreover, Article 27 explicitly bars using tax money with government for furthering any religion.

The G.O issued by the Kerala government explicitly states that the Islamic bank and NBFC would be Sharia-complaint.

Why then is the CPM-led Kerala government so keen? Because the government of Kerala, through KSIDC, is out to placate Muslim voters by promising Islamic bank, voters that the Nandigram incident in West Bengal drove away from CPM. This shows how bogus is CPM’s commitment to what they call secularism.

And why does the Congress not protest? Because they do not want to annoy rich Dubai-based industrialists and hawala operators. Moreover, since the Prime Minister’s Principal Secretary TKA Nair is the Chairman of the KSIDC, and Dr Manmohan Singh believes that Muslims must get first charge on our resources, they are keeping silence, much as Bhisma and Drona kept quiet when Draupadi was disrobed. Hence, now patriots in Kerala must rise and protest to save Kerala from fast-creeping Islamisation. And rest of India must help.

Thu Sep 8 , 2011
Pune: “THE movement of Anna Hazare proved to be much needed island of faith in the current spate of corruption that virtually wiped out the hopes and shattered the faith of common man in the system. The success and spontaneous popular support the movement received countrywide was an indication of […] 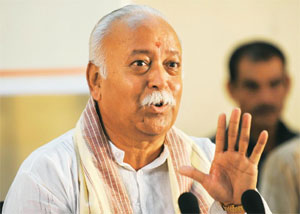