IT is a tornado in Bengal as expected and Tamil Nadu belying all exit poll predictions.

Bengal votes for a change after 34 years of Left Front misrule. It sets the tone for future. The victory of Mamata Banerjee’s Trinamul Congress in West Bengal signifies the exasperation of the people of Bengal with the CPI-M-led Left Front’s misrule, hobnobbing with corporate lobbies and anti-people cadre-mafia moves.

Bengal today rejoices not just for the victory of Mamata or rout of the Left, it is virtually celebrating a second independence day – freedom from CPIM misrule – in the 150th anniversary year of poet and visionary Rabindranath Tagore.

No less important is the victory of J Jayalalithaa’s AIADMK in Tamil Nadu and the rout of DMK combine. The 2G corruption spectrum has overshadowed the state politics and the vote is for penalising the extreme corrupt.

An important aspect has been the rise of BJP, though in a very limited way, in Bengal and Kerala.

The corruption singes Congress as well for their continued alliance with DMK. It is also notable that the Congress could win only 50 per cent of the 63 seats it contested in West Bengal. In Kerala too despite an anti-incumbency wave, Congress-led UDF could not do so well despite managing a small majority. Not only the 2G but price rise and many other scams have eroded the credibility of the party. The rise of Jagan Mohan Reddy in Andhra Pradesh is yet another ominous signal for the Congress. Assam Chief Minister Tarun Gogoi is the only solace for the party.

Bengal remains the most significant state as almost all the stalwarts of the CPM, including Chief Minister Buddhadeb Bhattacharya, Finance Minister Asim Dasgupta and ministers Nirupam Sen, Kanti Ganguli, Gautam Dev, Ranjit Kundu, Shailen Sarkar and many others bit the dust. The Left citadel crashed in its strongholds of Bardhaman, Midnapur and South 24 Parganas disricts.

It is not only those opposed to the CPM voted against it, but many staunch supporters of the party joined them in calling for replacing, whom they perceived to be corrupt, deviated from party ideology, unleashed a rule of terror and criminalised the state politics.

It was not just an anti-incumbency that saw the rout of the Left. The elections saw the rise of Mamata. The people look towards her for synchronising the state with the national growth syndrome, creation of jobs, sustenance of agriculture and opening up gates for industrial investment. Bengal is keen on taking the leap and a premier position it once enjoyed be it in education or overall growth process.

Mamata has rekindled their hopes be it in Singur, Nandigram or Kolkata. It would be the challenge for her to come up to their expectations. The state’s elite be they cine actors like Debashree Roy or economic experts like former Ficci general secrtary Amit Mitra have stood by her to fulfil the dreams of millions of Bengalis a success.

The exit polls failed to capture the silent mood for breaking away from the past in Tamil Nadu. The DMK was too confident as some of its leaders even openly claimed loyalty of voters as they were satisfied of “gifting” them currency notes. Were the exit polls influenced by the trend that they could not predict the reality? The voters proved that when it comes to governance and corruption they do not condone it.

The DMK-Congress combine possibly also overlooked other signs like total misrule of the Karunanidhi government, many extra-constitutional centres and fratricidal conflicts in DMK. During the coalition rule, crime had taken upper hand in governance and society. Some observers even stated that crime was a profitable proposition in the state. The 2G only symbolised a bigger malaise. People voted against shackling themselves through various unconstitutional means. Getting a television and other gifts could not change the mood of the voters.

The elections also proved that money power as demonstrated by seizure of crores of rupees of currency notes from Tamilnadu or Cuddappah cannot much change the mood of the electorate.

Kerala is peculiar syndrome. Despite a small edge can it be called the victory of the Congress-led UDF or the defeat of the CPI-M led LDF? Perhaps it is none. The voters had a difficult choice. The state LDF was equally corrupt. There was also squabbling within CPI-M. The party general secretary Prakash Karat had virtually pitched in against his Chief Minister VS Achuthanandan. The image of the Congress at national level had made it less credible and dependable. The two combines thus were almost evenly balanced and that is what the results also reveal.

But Kerala and Bengal have lessons for the CPI-M. Former Lok Sabha Speaker Somnath Chatterjee soon after the results were announced said, “The party leadership said that they had rectified the mistakes of 2009 Lok Sabha elections. Now it is apparent, mere rectification has not helped the party”. Chatterjee’s statement signifies the upheaval that awaits CPI-M and particularly Prakash Karat, who had been responsible for expulsion of Chatterjee from the party.

He is not only responsible for marginalisation of the CPI-M in its strongholds in Bengal and Kerala but also reducing the party to as insignificant a position as many minor parties in the national political scenario.

The assembly election results would usher in a process of severe purging in the CPI-M. It may be sooner than expected. The divide between the Kerala and Bengal factions may further widen.

Assam remains an island. Tarun Gogoi managing a majority for the Congress and possibility of formation of the government has not come as a surprise. Assam has seen marginalisation of regional forces like Asom Gana Parishad. The BJP could not do much to increase its spread in the state. Gogoi carefully managed to win Bodos and other tribal groups to come back to power. The next few years would only see the continuance of the Gogoi rule but how would he manage and what compromises he makes would be interesting to watch.

The assembly elections are significant for other reasons. Two more women sets the tone for a change, people hope it would be for the better than the other two –UP Chief Minister Mayawati and Delhi Chief Minister Shiela Diskhit. And it also sees the rise of the regional parties and somewhat marginalisation of the national ones. 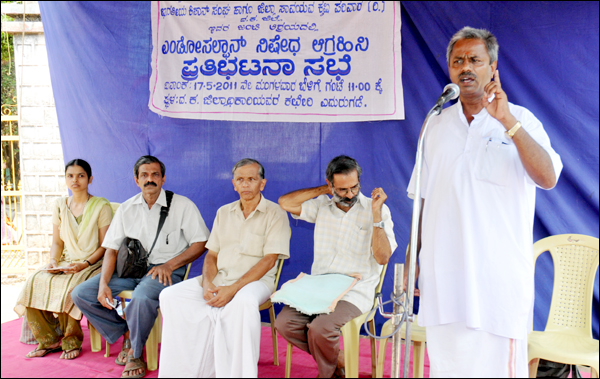