Certainly this was the year of the ugly politician and a failed media. Here is a true story:

The lady was desperately searching for someone who would be ready to swap his berth when I entered the coupe. Seeing her eyes filled with nervousness I readily agreed and took the berth which was originally allotted to her. And I found three other passengers. They were all politicians; I could guess seeing them without any doubt. I laughed and said to myself, well, no one likes to travel with a politician. They all heard and reacted in their own ways. They were seniors. Mature and seasoned. Each defended his status of being a good politician with vehemence. I recollected many incidents when accidentally a politician was a co-traveller. I would wish every time “Oh God, please spare me such company.” One, who boarded the train from Ghaziabad, had a number of hangers-on and they all competed with one another to serve him. Even if it was past 10.30pm they would talk noisily, crack jokes and laugh monstrously.
The second incident is about a great leader who would walk with a hoard of security personnel, all gun-toting. It looked nauseatingly ugly, but the netaji was happy. He would enter his coupe and occupy the berth, with a second berth lying vacant. What a royal behaviour!
In another incident two MLAs shared the cabin with me, and they started drinking whiskey and then had their chicken tikka meals. When I protested, they asked me to take a seat in another compartment which was meant for their personal staff. Usually ticket checkers keep a studied silence seeing such brazen violations of civility and law. They are afraid of revenge. Like the one who asked me to keep silence with folded hands, when I protested at Allahabad railway station and threatened to pull the chain unless the ticket checker answered why three MPs are travelling with false reservations in the name of their spouses who were actually not travelling with them. I tweeted the incident and put it on FB too, as a meek protester. The passengers were with me hurling the choicest abuses on politicians without knowing that I too happened to be an MP.

I asked myself a question: Why do people hate politicians? The answer that came from within was: Because they do hateful deeds.

As simple as that.

They have heavily subsidized food in Parliament and assemblies. Yet give thrilling speeches on poverty. They take commission in every deal they make as ministers, while they garland the great men of integrity and honesty followed by impressive lectures. Their MPLAD funds are often found in the lap of commission agents who facilitate purchases of their brand new BMWs, Mitsubishi Pajeros and other high-profile SUVs. They get elected with the votes of patriotic people and ditch them speaking enemy language for vote banks a la Digvijay Singh. They have a vested interest in having communal strife and yet preach harmony. They are stinking rich and arrogant yet put up their pictures with folded hands and humbly smiling on election posters. This politician is a hypocrite. He worships Durga, kills her vehicle, the Tiger. He says Ram exists in every human being and even in stones. But hates and kills the co-religionist if he or she marries outside the caste. He makes his centres of faith stations of spreading hate and mayhem and still says: Allah is all merciful. He buys journalists and gets news published against his rival within the party, while sermonizing on some kind of solidarity on some kind of love for the nation.

Hence nobody trusts a politician.

The raids on the premises of a Radia or a Kanumozhi NGO may make big news for the 9pm show but nobody believes anything worthwhile will come out of such exercises. We have had greater noises on Nagarwala, Bofors, Tehelka, and submarine deals and so on. What happened? What happened to the Jeep scandal that occurred under Nehru’s nose and involving the mighty Krishna Menon, in 1947? That was India’s first financial scandal hitting soldiers and national security right after the first month of partition. The story of ignoring honest intents and placating personal favourites began right after Nehru was chosen as prime minister ignoring the voice of the majority of Congressmen that had favoured Sardar Patel. Nehru agreed to have Viceroy Lord Mountbatten as independent India’s first head of state called Governor General. On record we didn’t win freedom. The power was transferred to us. And his picture, laughing like a baby boy with Lady Edwina Mountbatten, tells all that was in his mind, which ignored the martyrdoms and struggles of revolutionaries like Bhagat Singh, Subhas Chandra Bose and others, making India his family fiefdom. Nehru and his ilk were obviously helped and supported by an obliging British, who were killing our freedom fighters.
Nehru wrote off Tibet to the Chinese. So lethargic was the perception of security under Congress dispensation that we not only lost 1.25 lakh sq km land in Aksai Chin and Kashmir to Pakistan and China but also had a face-off in 1962 basically due to the political pusillanimous attitude and a blind-eyed China policy of Nehru. His personal likes and dislikes contributed to turn Kashmir into a bleeding issue with creation of a constitutional provision of 370 and ignoring the patriotic voices of Praja Parishad and Jansangh under Syama Prasad Mookerjee

The initial years of our independence were certainly marked with some great initiatives like building IITs, dams and industrial infrastructure but they were also a contribution of stalwarts like Patel, Syama Prasad Mookerjee and Rajendra Prasad. While such stalwarts, mostly Congressmen, were always relegated to an untouchable status of apathy, Nehru and Gandhi surnames hogged the entire nation’s body as the only saviours and builders and mentionable icons. They gave us Moondhra scandal in sixties, the ever-growing cancer of Kashmir separatism the ugly monster of public sector and licence-permit raj, and institutionalized hatred in politics for anything Hindu. Nehru opposed rebuilding of Somnath and tried his best to stop Rajendra Prasad, the then President, to go for its inauguration. The fact that the core of this great nation is a glorious continuity of an age-old Hindu tradition and civilization that became the epitome of pluralism and inclusive cultural ethos unparalleled in world history was sought to be curbed. Right from primary education to higher studies, the nation’s heritage was tagged to Nehru-Gandhi family history and the connections with Vedas, Sanskrit, Rama and Krishna, Vikramaditya and Harsha, Raja Raja Chola, Harihar Bukka, Krishna Dev Rai and Pandyas were simply ignored or put in the category of folklore of the local variety. Marx was prescribed in Bengal over Vivekananda. We failed to put up icons of pluralism and a harmonious ethos involving Muslims and Hindus and other faiths, and took interest in creating niches of hate for each other in pursuit of votes. India can’t survive on Hindu-Muslim hate, but will march on helping flower an amicable, harmonious relation between both of them. Congress murdered this spirit of togetherness. They opposed the best Muslim head of state we ever had in Abdul Kalam because he connected too well with the Indian ethos and deleted Dr. Karan Singh’s candidature for presidency for the simple reason of his being too identified with Hindu culture.

On the other side, the organizations and movements that strived to safeguard the nation’s culture and heritage and began schools and colleges and institutions to help Sanskrit flourish, Indic traditions preserved and the knowledge of Upanishpads and Vedas transferred to the next generation, were hatefully attacked, banned, hurdles were put in their growth path and they were declared outcastes from being invited to any government celebration either of the national days or a banquet in honour of a visiting dignitary, as if tradition protectors were the ugly, unmentionable faces of the nation and the true spirit is represented only through the westernised secular English-speaking glitterati that sources its stations of pride in the British-era beliefs and protocols. Hence a Muslim League was accepted to be a partner in the cabinet that demanded and helped India’s partition but patriotic, nationalist Indian Muslims, found in every party remain ignored and only those with an acid tongue given the leadership thinking Muslims love to be not just anti-Hindu but they love Kasab. A communist party that supported the enemy’s invasion in 1962 was always on the government’s invite list and had the honour of forming a coalition with Congress but nationalist pluralistic organizations are turned untouchable and discarded with a precipitated hatred.

While Hindu temples remain demolished and deserted in Kashmir with an astounding half a million Hindus exiled, and patriotic Muslims in the valley insulted, assaulted and marginalized, actors like Arundhati Roy and Geelani are given freedom by the Sonia government and inspite of a court ruling to lodge cases against them government sees on the other side.

The secular government looks at India through the Roman eyes. For it the Indian culture is a marketable proposition for dollars, like the British would have Ganapati for display in the drawing rooms as an elephant god. Indira Gandhi, despite her secularism, showed an understanding of the Hindu ethos, in her writings and speeches. But the present Congress has hardly showed even an iota of that understanding. And still it wins. It wins not because the people want de-Indianised governance but because the Indians are a divided lot, often killing each other with much more enthusiasm and vehemence, repeating Rajsthan’s rajput stories of fratricidal wars, rather than taking on the opponents united.

The ugly politician, who has looted India shaming even the British and the Turks, must be decimated and we must see the dawn of a new, young Indian whose faith would be Bharat. Who will feel the pain of a farmer forced to commit suicide, who will uplift the sulking morale of the family having to live a miserable life on the footpaths of Mumbai and Delhi and reflect that anguish of the citizen in his daily behaviour promising economic empowerment and forgetting all other gods and goddesses till a single Indian goes to sleep empty stomach. An Indian who will not discriminate on the basis of faith or caste. An Indian who will look at the nation as his motherland and not as a platform to make money looting the people and stashing it in Swiss banks. Is it too much to pray for on the eve of 2011?

an article by Tarun Vijay (TOI-December 31) 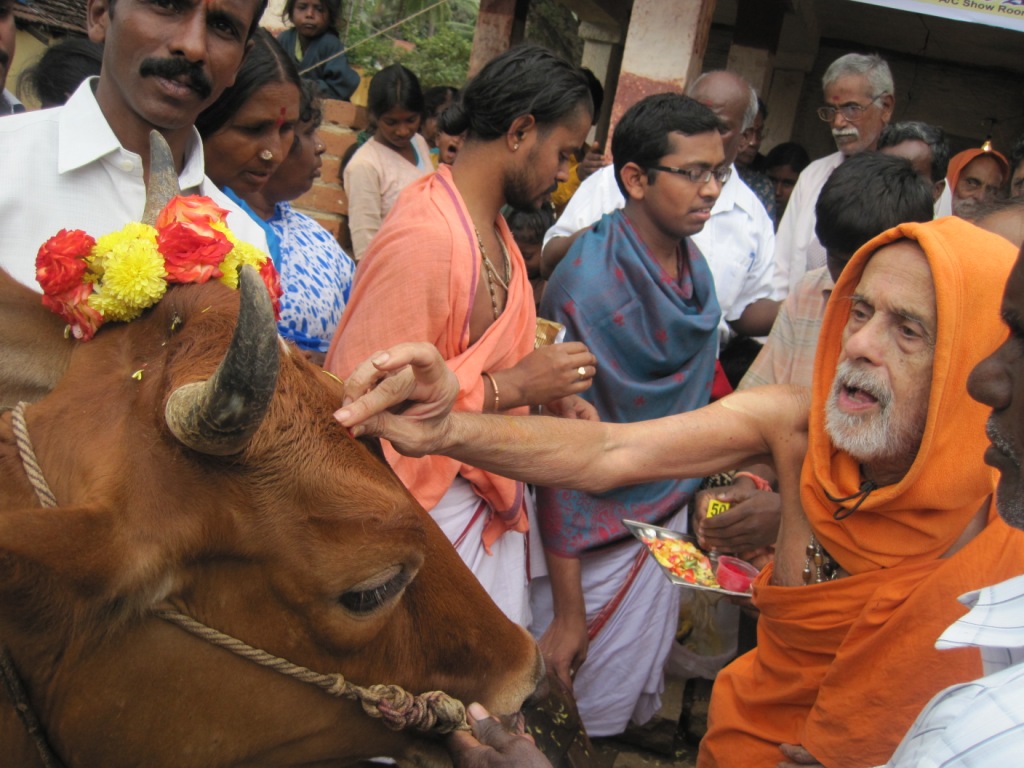