The BJP’s Youth Wing has undertaken a Tiranga Yatra from Kolkatta to Srinagar to hoist the Tricolour at Lal Chowk, Srinagar, on Republic Day. The yatra started from Kolkatta on January 12, and after travelling through seven states passed through Delhi on January 20. At 5 .00 P.M. that evening at a function at the Vithal Bhai Patel Bhavan grounds, New Delhi  I formally handed over to Anurag Thakur, M.P., and President of the Bharatiya Janata Yuva Morcha, a Tricolour Flag to be hoisted in Srinagar.

A couple of hours later the J & K State Government officially announced that they would not allow the BJP to hoist the National Flag at the Lal Chowk, because it would be a “programme which has the potential of vitiating the peaceful atmosphere in the State.” I was surprised to see a photograph in next morning’s Free Press Journal, Mumabi. The Yuva Morcha programme in New Delhi and the J&K State Government’s announcement about the embargo were covered with a banner headline “LAL CHOWK CAN TURN GREEN, NOT SAFFRON’. A photograph of Lal Chowk, Srinagar, was shown alongside displaying a Pakistani flag, and a sub-caption saying “Pakistan’s flag was hoisted at Lal Chowk in Srinagar on Eid last year in full view of the Indian media”.

The display and presentation of this news item, I hope, would make the State Government realise the enormity of the shame our authorities (the State Government has obviously taken the step with the approval of the Central Government) are inviting for themselves by their perverse decision.

If the rationale for the prohibitory orders is apprehension of breach of peace, curbs should be targeted towards those who have declared that they will not let the tricolour be put up at the Lal Chowk and certainly not against those who have been repeatedly asserting that they will peacefully, and respectfully, unfurl the Tricolour at Lal Chowk.

In my speech at the function, I recounted to the audience that as Union Home Minister I once visited London. I was staying at a Hotel owned by an Indian Firm. The Manager came to me and shared with me a problem. He said most hotels in London owned by non-Britishers fly the flags of their respective countries over their hotels.  Because of the restrictive flag code that we have in India, we cannot do that. Cannot some thing be done about this. I assured him that I would have this matter examined.

On my return from U.K. I had the Home Ministry review the existing Flag Code. Why should the right to fly the national tricolour be confined only to Government VIPs and the common Indian citizen be restricted to flying it only on January 26 and August 15 ?

A Committee headed by Joint Secretary Dr. P.D. Shenoy was set up to consider the entire issue in the Ministry. I pointed out to them that during international cricket matches and other such sports events even the audience waves national flags to express their happiness over some achievement. Under the earlier code even that is technically an offence.

The revised draft Code was approved by the Union Cabinet and issued as the Flag Code of India 2002.This came into effect from 26 January 2002.

Section 1 of the Code says :

“There  shall be no restriction  on the display of the National Flag by members of general public, private organizations, educational institutions, etc., except to the extent provided in the Emblems and Names (Prevention of Improper Use) Act, 1950 and  the Prevention of Insults to National Honour Act, 1971 and any other law enacted on the subject”.

About the same time as the Home Ministry had taken cognizance of the objections many private citizens had expressed to the restrictive Flag Code that prevailed, a Delhi citizen Naveen Jindal, today a Member of Parliament, had taken the matter to the Supreme Court.

The Supreme Court in its judgement in Jindal’s case described the citizen’s right to fly the national flag a fundamental right subject only to reasonable restrictions spelt out in the two statutes.

The Supreme Court said in its judgement :

“From time immemorial, people have laid down their lives for their flags. Indeed, there is something so compelling in this piece of cloth, called the National Flag, that people make even the supreme sacrifice for its sake. The National Flag stands for the whole nation, its ideals, aspirations, its hopes and achievements. It is a beacon showing to its people the path when their very existence is threatened. It is at this time of danger that this much length of cloth inspires people to unite under its umbrella and urge them to defend the honour of their motherland.”

I wish the P.M. realises that these young men led by Anurag Thakur are not trying to score a political point; they are challenging the separatists. And the State is surrendering to them ! 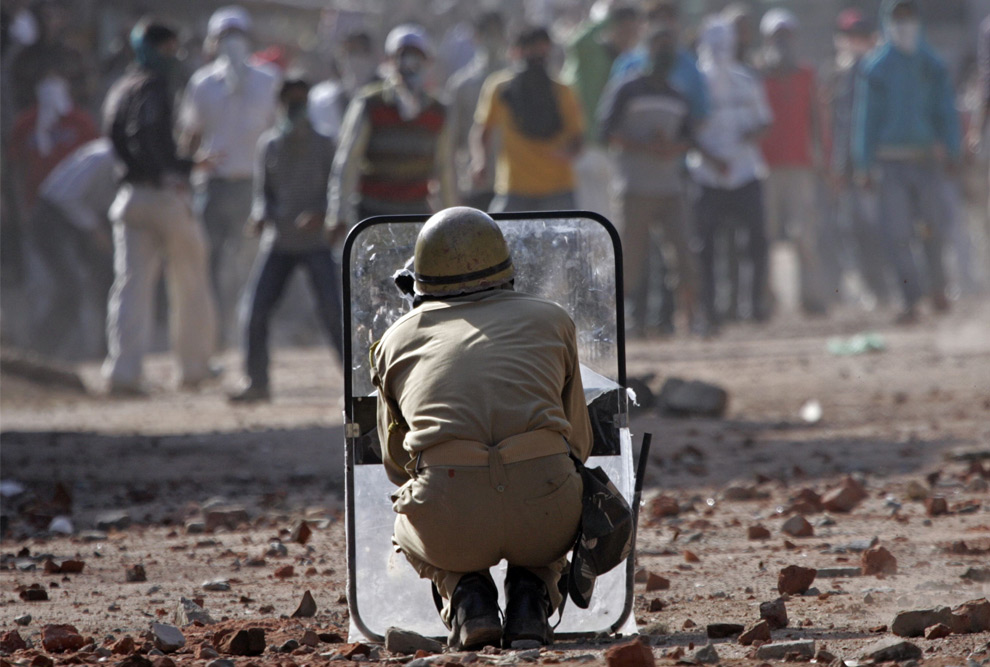