PRACTICALLY every day, as it were, the government throws fresh light into the Radia Tapes. According to Hindustan Times (December 11) the government has told the Supreme Court that the probe into lobbyist Nira Radia’s activities began in response to a complaint that she was an agent of foreign intelligence agencies indulging in anti-national activities. The complaint had been received by the Finance Ministry as long ago as November 2007 and the complainant wanted to know how come that Radia built a capital of Rs 300 crore business in just nine years.

Apparently, transcripts of the taps on Radia’s phones had been shared with the Enforcement Directorate, CBI and Intelligence Bureau. But who among the three leaked out the tapes to the media? Was it right or legal on the part of the leaker to leak private conversations? If there is one newspaper which has been consistently following the Radia Tapes and their consequences, it is The Hindu. Quite a few newspapers have stopped pursuing the story and some explanation is called for. Is it on the ground that dog doesn’t eat dog?

Deccan Herald is another paper that is doing a good job in telling it as it is. Outlook, of course, has been driving journalists and ministers crazy by naming names, and the excerpts published in successive issues reveal close proximity between Radia and key Union Ministers with various favours and ‘deal fixing’ discussed and carried forward. “Spectacular jump for Anand Sharma (Commerce), spectacular decline for Kamal Nath (Highways)”, says one report.

It is getting to be increasingly hard to give the benefit of doubt to some journalists, howsoever strongly they attempt to defend themselves. In one tape Hindustan Times media adviser Vir Sanghvi tells Radia how he wrote an article about the Ambani infighting among brothers. “Wrote it… I’ve dressed it up as a piece about how the public will not stand for resources being cornered… It’s dressed up as a plea to Manmohan Singh, so it won’t look like an inter-Ambani battle except to people in the know”. Replies Radia: “Very nice, lovely, thank you, …Vir”.

Reports The Hindu (December 13): “The contents of a fresh set of leaked phone conversations involving Nira Radia and her associates paint an alarming picture of the extent to which the influential lobbyist … sought to influence, use, manipulate and even browbeat the media in pursuit of her corporate agendas”. As the paper put it, apart from highlighting the use of journalists to plant stories and columns or as intermediaries with politicians, the latest tapes… suggest more strong-arm lobbying techniques were also used or considered, including the possibility of blacklisting the national news agency, PTI. Ms Radia’s conversations include an attempt to manipulate the media and the police into providing bad publicity for rival Anil Ambani’s Reliance Communications,…”

It is surprising that Hindustan Times continues to employ Sanghvi and even more surprising that he has himself not resigned. Rotten Eggs in the media, editorially commented The Free Press Journal (November 24). As the paper put it, “It is one thing for the media owners to be excessively greedy and quite another for senior journalists to be unethical and or corrupt.” “For owners” said the paper, “can be excused for treating the media like any other commercial activity but professionalists betray their calling by abandoning scruples for private gain. If journalism is a public service, its instruments ultimately are professional practitioners. But when senior journalists begin to lend their services to corporate houses and thus suppress stories showing them in a bad light, or highlight them to show them in good light, it is the credibility of the media that suffers. When editors use the media for self-promotion and self-glory they damage their newspapers”. It is a full-length editorial that damns journalists in the strongest possible terms. In the end says the paper: “Eventually, the Indian media can be saved only by incorruptible media professionals who undertake to practice good journalism without let or hindrance…”

But the most damning editorial appears in Economic & Political Weekly (December 4). Says E&PW: The exposes contained in the taped conversations of corporate lobbyist Nira Radia have dented the credibility of leading journalists and undermined the public standing of the journalistic profession…. The tapes also show them taking dictation from her about what to write… The conversations also have Radia scolding journalists about news placements and her boasting to others about how she got some of these worthies to do jobs for her… There is no sense of distance between the work of journalists and that of Radia, but rather they seem to merge into one. … The brazen conduct of these journalists and their refusal to accept any blame has further damaged their credibility as well as the reputation of the entire fourth estate…. Further, the expansion of the media, especially television journalism, has led to a massive influx of poorly trained personnel who are often converted into celebrities early in their journalistic career without the sobering influence of experience…. The Press Council of India is a powerless body, as the ‘paid news’ episode illustrated so painfully, while journalist unions have been reduced to irrelevance….”

Nobody believes the explanation given by two of the accused journalists that they were merely stringing along to get news. Today it is Radia’s phones which are tapped. Tomorrow, for equally valid reasons, any journalist may suffer the same fate. The government can claim that it permits phone tapping strictly for valid reasons but passing on the tapes to the media that in the end damages some peoples’ careers, for howsoever sound a reason, raises questions of media ethics that need to be discussed. An individual’s right to privacy and the destruction of personal reputations by reckless and unaccountable media reporting should not be automatically taken as a media right exercised in the name of enlightening the public of what goes on behind its back. 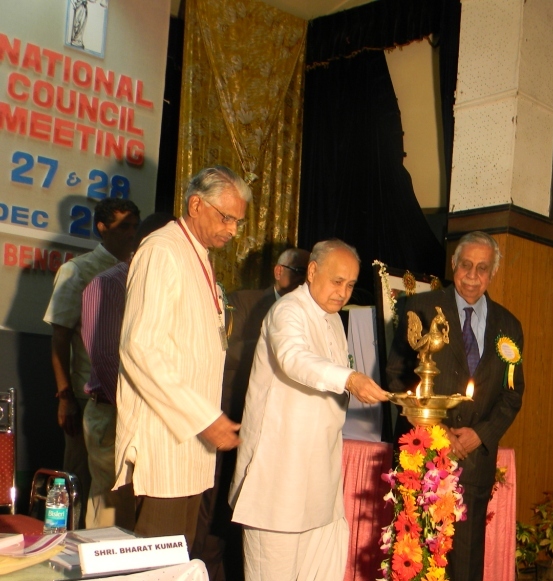