SAFETY of cows of Bharatiya breed has all along been a matter of concern. Lovers of cow have run several movements culminating in supreme sacrifices made on November 7, 1966 agitation at the Parliament Street in New Delhi when innumerable people particularly several saints were mercilessly gunned down, their bodies, dead or half alive, transported by trucks to an isolated spot on the ridge, doused in kerosene and set on fire. While the population of human beings is increasing, availability of nourishing food is shrinking. This is obviously due to steep fall in cows’ population particularly after Independence. During the last few years the government has financed the setting up of several abattoirs all over the country where cows are being slaughtered in great number and meat packed for export. Lovers of cow are helpless spectators.

In the face of this organised butchering, we have to step up our efforts to save the cow whom we endearingly call our mother. Agitational approach in the past has eluded success. In today’s context cow can be saved only if we seriously look to the economic and financial aspects of rearing it. We must make cows’ panchgavya products popular with the masses. Industrialists have to come forward to set up units to manufacture quality products with panchgavya as the basic raw material.

Out of the country’s population of 121 crore persons, atleast 100 crore cow lovers feel strongly in favour of a ban on cow slaughter. Despite the wish of this great majority of our people, central ban has not been enforced. In fact the ban in force in certain states is not being implemented properly. Let us concede that clamping of a ban alone will not stop killing of cows in a clandestine manner nor have we been able to check smuggling of cows to Bangladesh and other adjoining countries. This is happening because even the farmers, who otherwise worship the cow, are not able to feed old cows and willy nilly sell these at a throwaway price knowing fully well that the cows are ultimately be taken to slaughter houses.

In view of the above facts, only properly looking after the economic and financial aspects of rearing can save the cow. This can be done conveniently and effectively. Certain enterprising goshalas are already manufacturing a number of items with panchgavya as the basic raw material. Panchgavya consists of desi cows’ gou mutra, gobar, milk, curd and ghee and all these ingredients are good for health, skin and have other medicinal values. Many of the items can appeal even to the present generation because of their sooting effect on the skin such as chemical-less face cream, aftershave lotion, dhoop-batti which, instead of choking the respiratory system, has a salutary effect, coil to drive away mosquitos and flies, dental cream, bathing soap, health-giving cold drinks and several other products.. Success can be achieved only if the industrialists come forward in a big way to set up manufacturing units in areas where there are goshalas to ensure the availability of panchgavya as the raw material. These industrialists can manufacture several other items and also do research to make the best use of panchgavya. The industrial units should pay to these goshalas reasonable price for buying panchgavya so that they become financially strong to rear more cows. As far as marketing of these manufactured items is concerned, these very industrialists and the general public have to cultivate the habit to give as presents the goods manufactured by goshalas and industrialists and others on occasions such as Deepavali. This can be done on several other occasions also such as packets to go with marriage cards and while visiting friends and relatives. The purpose of popularising the use of panchgavya manufactured items is to generate funds to maintain not only cows in the goshalas but also get good returns to farmers through the sale of panchgavya items. These farmers will then never sell even the old cows. In fact old cows will also become a good source of income to the farmers. This is the only way to save the cow and the country.

Our saints may also, through their discourses, ask their audience to use and exchange gifts manufactured from panchgavya which is elixir for long and healthy life. These saints are already telling their followers through their discourses about the health-giving qualities of cows milk and medicinal value of other products such as gou mutra. I had the good fortune to listen to the great Swami Shri Rajendra Dasji Maharaj’s Bhagwat Katha in Pathmera (Rajasthan) goshala where over 60,000 cows are being looked after with great dedication. The saint talked more about the dire need for looking after the financial aspect of rearing cows so that those who look after these cows may also lead a comfortable and contented life.

Cow can make significant contribution to the rural economy if 80 per cent of the country’s population as also the Indians living abroad may extensively use and propagate the use panchgavya-made products and exchange properly—packed gifts of these goods. This is the only practical way to save our mother cow. Mere shouting from roof tops that cow is our mother and we will not tolerate its butchering has not, in any way, resulted in protection. Let us be pragmatic. 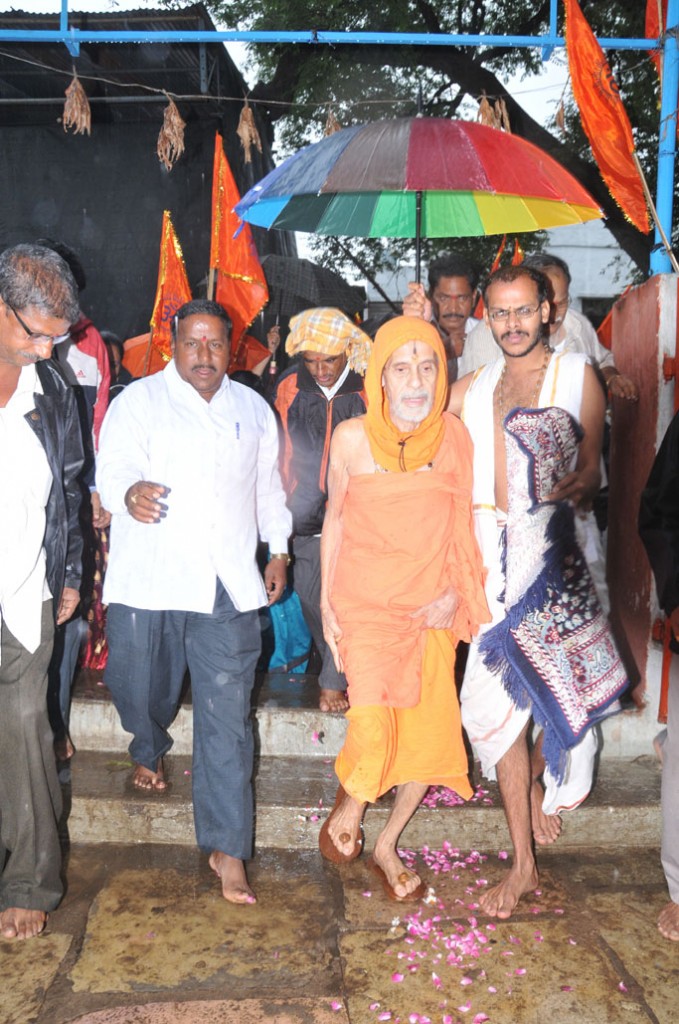