Avinash Sheshare, a class VII student at a small boarding school in Yamgarwadi village near Solapur in southern Maharashtra, explained to me the concept of convex and concave lenses more innovatively than I had learnt even at IIT. He took the sole of a worn-out rubber slipper, which had 5-6 equidistant holes punched in lengthwise, put a soft drink straw in each of them, and was ready for the demonstration. “Imagine the sole to be a lens and the straws to be sun rays,” he said in Marathi. “I bend the sole to make the straws point inwards. This is how a convex lens works. When I bend it the other way to make the straws point outwards, it becomes a concave lens.” The school where Avinash studies is meant for the children of Paradhi and other nomadic tribes, many of which the British had branded “criminal tribes” because they were the most militant in the anti-colonial struggle. Even today, people belonging to these tribes suffer from extreme poverty and social exclusion, and rank lowest in formal school education. However, it would be naïve to think their minds are uneducated. As I discovered during my recent visit to Yamgarwadi, their children have amazing knowledge of the environment around them. These boys and girls knew the medicinal properties of the locally grown “weeds”. They could identify different birds with their sounds. They could name the stars in the night sky. In a little room that served as the “science laboratory” in the school, all the various types of snakes, crabs and scorpions kept in specimen jars had been caught by the children themselves. And how incredibly talented they all were in singing, dancing, playing local sports, and using their magical hands to create things of beauty in wood, mud and grass!

Avinash and his friends are lucky because they found a place in this RSS-inspired school founded by Girish Prabhune, a social activist and author whose lifelong and widely acclaimed work for the social uplift of the nomadic tribes in Maharashtra deserves far greater governmental support than he has got so far. But I doubt if the formal primary and secondary school education system, rigidly and unimaginatively structured as it is today, can either open its doors to, or meaningfully benefit, all the children belonging to the diverse communities in rural India.

My thoughts on this subject are provoked by Prime Minister Dr Manmohan Singh’s address to the nation on Thursday on the historic occasion of enshrining education as a fundamental right of every child between the ages of six and 14. He made a fervent appeal for the fulfillment of this “national commitment to the future of India”. Noble and well-intentioned words. However, it must be said that our governments, Central as well as state, have not got their act right on either of the two crucial aspects of the Right to Education in rural India—access and content.

The Sarva Shiksha Abhiyan has no doubt succeeded in enlarging access to primary education. However, as many as eight crore children who come out of primary schools find their path blocked to further schooling because there simply aren’t enough secondary schools in the country—a reality that has prompted many educationists to comment that these children are not “dropouts” but “pushouts”. The Central government’s Rashtriya Madhyamik Shiksha Abhiyan remains a woefully inadequate response to remove the bottleneck in secondary education.

But a far more debilitating shortcoming is the quality and content of the education imparted in our village schools. Apart from the well-recognised fact that the system demands rote learning that impairs children’s creativity, it also attaches little importance to either the local knowledge resources or the specific development needs of India’s diverse communities. It functions under the premise that education is only that which is rammed into young minds by text books and guidebooks. By corollary, those who are out of the school system or have underperformed are deemed uneducated, with all the negative sociological and psychological consequences. The relevance of much of what is taught in schools does not become apparent to rural children. Conversely, what is relevant to them and their communities is not taught to them. For example, isn’t it astounding that agriculture is not a subject in secondary schools in rural areas, although most students studying in these schools come from kisan families? Similarly, the school curriculum completely bypasses the native skills, traditionally acquired learnings, and the rich artistic-literary heritage of our various “backward” castes and tribes in rural India. No wonder, children belonging to these communities perform poorly in the formal school system and end up swelling the ranks of the “uneducated” and “semi-educated”.

For RTE to become meaningful to these communities, and for it to make its fullest contribution to the realisation of a progressive vision for the “Future of India”, big and innovative changes are needed in the school education system, especially in our rural schools. Smart kids like Avinash abound in India’s villages. What they need is not just the right to education, but also the right education.

One thought on “The RSS magic: Rethinking rural education” 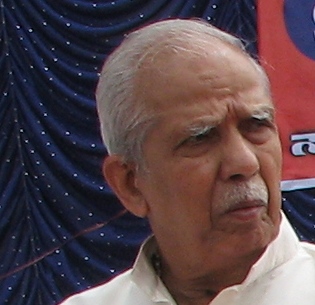