A martyr is one who sacrifices his or her life on the battlefield fighting against an enemy nation. But Dr. Mookerjee became a martyr while fighting a government in our own country. His fight was for the full integration of Jammu & Kashmir with the Indian Union. He was a visionary who had foreseen the consequences of placing Jammu & Kashmir, a strategically located state, in a separate and tenuous Constitutional relationship with the rest of India.

In the case of Shaikh Abdullah, the problem was his ambition to become the unquestioned leader of a virtually independent Kashmir. In the case of Nehruji, it was a matter of lack of courage, firmness and foresight.

Article 370 in the Indian Constitution, which Pandit Nehru himself had declared to be a “temporary provision”, has still not been abrogated. As a result, secessionist forces in Kashmir, aided and instigated by the anti-India establishment in Pakistan, continue to feel emboldened to carry out their poisonous propaganda that J&K’s accession to India is not final and that Kashmir, in particular, is not a part of India.

Our country has paid an incalculable price for Nehruji’s failure to settle the Kashmir issue once and for all in India’s favour at the time of Partition. Nehruji’s blunder was totally avoidable. After all, Home Minister Sardar Vallabhbhai Patel was successful in securing the integration of all the other princely states — 561 of them — into the Indian Union. When a few of them dithered, or dared to express their intention to join Pakistan, Patel used the might of the newly independent Indian State to show them their place. For example, the armed resistance of the Nizam of Hyderabad was crushed with a heavy hand. The ruler of Junagadh fled away to Pakistan .

Jammu & Kashmir was the only princely state whose accession was being handled directly by Prime Minister Nehru. In fact, Pakistan’s first war against India in 1947 to capture Kashmir through force and subterfuge had given Nehruji’s government an excellent opportunity not only to fully beat back the invaders but also to resolve the Kashmir issue with Pakistan once and for all.

India frittered away a second big opportunity to settle the Kashmir issue once and for all in the 1971 India-Pak war, in which Pakistan was not only roundly defeated but India had as many as 90,000 Pakistani PoWs.

Hence, our countrymen should know that the Kashmir problem is Nehru family’s special ‘gift’ to the nation.

The consequences of this ‘gift’ are:

Pakistan’s export of cross-border terrorism first into Kashmir, and later into other parts of India.

Pakistan’s export of religious extremism into Kashmir, which has subsequently spread to other parts of India.

Thousands of lives of our security personnel and civilians.

Tens of thousands of crores of rupees spent on military and paramilitary defense.

An opportunity for external powers to fish in the troubled waters of India-Pakistan relations.

Almost the entire population of Kashmiri Pandits having been driven out of their own homeland and become refugees or “internally displaced” people in their own motherland.

Dr. Mookerjee had foreseen that placing Jammu & Kashmir on a separate and unsound Constitutional footing would have disastrous consequences. But he not only envisioned J&K’s full integration with India, but, as a brave and lion-hearted patriot, he transformed his vision into his personal mission.

He set out to implement his mission on three terrains – political, parliamentary and on-the-ground in Kashmir.

Firstly, in October 1951, he founded the Bharatiya Jana Sangh, as a truly nationalist alternative to the Congress. Apart from struggling for Kashmir’s full integration with India, the agenda of the Jana Sangh extended to rebuilding the newly independent India in a manner that ensured prosperity, justice, security and welfare for all its citizens without any kind of discrimination on grounds of religion, caste, language, etc.

Secondly, after the Jana Sangh made a debut in the first general elections in 1952, Dr. Mookerjee emerged as the de-facto Leader of the Opposition in the Lok Sabha. Here he stoutly opposed the Congress government’s policy towards J&K, which, among other things, meant that no one, including the President and the Prime Minister of India could enter into Kashmir without the permission of Kashmir’s “Prime Minister”. Kashmir would have its own Constitution, its own President (Sadar–e-Riyasat) and Prime Minister and its own Flag! In protest, Dr. Mookerjee thundered: “Ek desh mein do Vidhan, do Pradhan and Do Nishan nahin challenge”.

Thirdly, Dr. Mookerjee announced in 1953 that he would visit Kashmir without seeking a permit. On May 11, while crossing the border into Kashmir, he was arrested and held as a detenu in Srinagar. He was not provided proper medical assistance when his health deteriorated and, on June 23, he died under mysterious circumstances.

The permit system was scrapped, and the National Tricolour started flying in the State.

In course of time, the authority of the Rashtrapati, the Supreme Court, the Election Commission and the C.A.G. was extended to J& K. State.

When in the name of giving autonomy to J&K state, some people talk of restoring the pre-1953 position, the implications must be understood. The people of India are not going to allow the gains to the nation secured by Dr. Syama Prasad’s martyrdom to be undone under any circumstances

It is a shame that the history of Dr. Mookerjee’s martyrdom for the cause of India’s unity and integrity is not taught to our students in schools and colleges.

Our education system and the government-controlled mass media glorifies the contribution of the Nehru family, but deliberately underplays or blacks out the struggles and sacrifices of other patriots, such as Netaji Subhas Chandra Bose, Sardar Patel, Gopinath Bordoloi, Rammanohar Lohia, Jayaprakash Narayan, Hiren Mukherjee, A.K. Gopalan and, of course, Dr. Mookerjee.

There was a time when the Congress was a broad platform that accommodated patriots of all hues. Indeed, it was at the behest of Mahatma Gandhi, that Dr. Mookerjee, who then belonged to the Hindu Maha Sabha, and Dr. B.R. Ambedkar who had been a bitter critic of the Congress Party were included in Pandit Nehru’s first Cabinet after Independence.

Sadly, the Congress today has become the fiefdom of a single family. The office of Prime Minister is reserved either for the nominee or a member of the Nehru family. India is paying a heavy price because of a Prime Minister nominated by the Congress president.

And now the demand has arisen from within the Congress Party that a scion of the Nehru family should take over the Prime Ministership.

Our country cannot afford continuation of the misrule that UPA represents. Prime Ministership of a great democracy like India should not be allowed to become the jagirdari of a family. 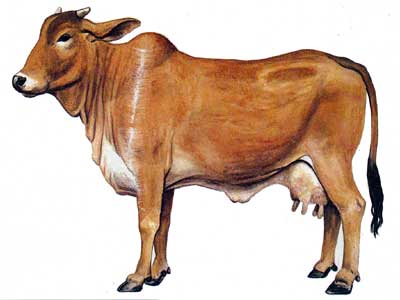