What do you say when dying in a bomb blast?

When the blast suddenly ripped me apart, it was not the sight of my son, my daughter or my mother that came before my eyes, closing silently for ever, but the resolve to take on terrorism and be firm, in a cool, composed and dignified posture, that was what I felt the need of the hour and not the anger and hard-hitting expression of disgust. And I said:

“We stand by you, Mr Prime Minister. This is not the occasion to criticize. Let’s work together to erase the menace of violence, hatred and terror. Investigate if Pakistan is behind such dastardly and anti-national acts. Send Shri Digvijay Singhji to Islamabad to assure that we remain committed to peace talks and call immediately their high commissioner to South Block and convey in  a decent way our very strong displeasure over their involvement in such acts. Send a list in advance to ISI to check if the names of wanted criminals we have written are correct and we hope in the spirit of togetherness and having accepted to launch joint operations against terrorism, ISI will help us to finalize the list of terrorists we want Pakistan to hand over to us saving us the embarrassment of putting wrongly the names of those who are already in India.

“These terrorist attacks are targeted to derail our ongoing peace process with Pakistan and we would like to assure everyone that come what may, we would not let that happen. Peace is our first priority no matter what these anti-Islam and anti-humanity agents of mayhem do. Please continue Bhatta Parsaul pilgrimage and keep on sending ministers to jail whenever the heat generated by media and courts become unbearable.

“Like corruption, jihad, hatred, violence, intolerance and communalism have become universal phenomena. One can only try to control them through constitutionally approved methods and hence the campaign against Hindu terrorists should be our next big priority. Never allow them to work against the Batla House gang. This time the entire cabinet, after lighting candles at Gateway of India to pray for the departed souls and reaffirming the resolve to stay united against the terror menace with glamorous Mumbai socialites and movie stars in an appropriate attire – white and black, donning black glasses – should go to Azamgarh to sooth the ruffled feelings of those who were mistakenly jailed for terror crimes.

I was sure, as a responsible politician, my reaction to such an atrociously painful incident should be muffled and restrained. So I thought if I was in a market and had become a victim of the blast, which is an unlikely event for a politician who is protected by the state to discharge his duties to protect the people, what would occur in my mind.
I am sorry I will not think the way highly restrained people would expect me to think. Neither my family members would react the way I have tried to elaborate in a highly civil but grossly hypocritical manner. The question that is nagging my mind is, do we feel the sadness and the excruciating blankness an Indian citizen’s death brings to his family after such an incident? Death of a citizen and a soldier must make the top boss of the nation stand up and take immediate action to effectively stop the recurrence of such an incident and announce a revenge on the perpetrators. Yes, a state is obliged to take revenge on those who kill our men and women and children for a lunatic obsession with their so-called revolutionary or jihadi ideologies. It’s not a sin but “raj dharma” to punish the unrepentant wicked.
Do we really get hurt and annoyed, a normal human behaviour, watching such incidents, occurring at such a fast frequency?

More than one lakh, yes, one hundred thousand, Indian citizens have been killed in the last two decades in various terrorist attacks. From Kashmir to Coimbatore and from Nagaland to Maharshtra and Gujarat. Who cares for them? Look how Obama speaks at the burial of a marine killed in Afghan action and note down his words spoken to the families of the martyred soldiers. He means business. As a head of the state and as the protector of his nation’s people. We may find it useful to follow the dictates of Washington, which will always be focused on their interests, but we hardly take a cue from them to end terrorism within our territory, setting a deadline, creating a framework. Why?

Whether the citizens die in Mumbai’s Zaveri bazaar or in the thick jungles of Dantewada, does a citizen’s life value differ on the basis of his or her background and the place of getting killed by foreigners in our own country? Do we realize that it’s not just the foreigners, whom we know so perfectly, who have been making us bleed for the last three decades, but also their homegrown accomplices and domestically bred modules that provide all the infrastructure and logistical support to them?

And do we feel it necessary to discuss and analyse the ideology of these murderers that makes them to happily offer to die in order to kill our people? Why are we ashamed or hesitant to discuss the jihadi part of Islam that’s creating havoc and have the well-intentioned, knowledgeable Islamic scholars come on the stage and declare these lunatics as enemies of their religion?

Should it become a matter of political debate? Does India stand dwarved before the political profits of our parties?

Do we realize that the reality that India stands divided into various private republics today is too scary to be ignored? Republics of individual politicians whose national territories do not extend beyond their vote bank constituencies?  Ever heard Maya behn ji or Mulayam ji or Jaya Amma or Mamata Di speak about the issue and incidents occurring in Arunachal, Kashmir or Mumbai? Because that simply does not find a space on their radar of concerns. This is exactly an India of Bahadur Shah Zafar’s time, or a fragmented  India when the Qasims and Abdalis were attacking us, because the basic lifeline guiding “my” decisions, “my” sole interest, is what makes “me” bigger than what “I” am today. The nation is a peg, on which “I” can hang “my” shirts but “my” bungalows and “my” millionaire friends and their careers and the vast empires of wealth generation “I” own must be kept steady and well oiled.

Hence, where are the best of the training centres for the security personnel? Whatever we have are below the average level compared with the best. Israel and the US notwithstanding, the intelligence network and even normal policing haven’t found any priority with any of the state governments. We need khaki domestic servants to surround us while roaming in the bazaar to impress the people. We don’t want them to be empowered and be independent to take decisions. Even after a battle was won by well-meaning police officers like Prakash Singh to reform the police set up, still deeply in the colonial framework, not a single state government even tried to act on the instructions given by the Supreme Court. A Kasab or an Afzal are not more than political footballs and just jolly good musical machines to make right noises according our respective conveniences.

No political set-up in India supports or encourages thinktanks to make long-term policies and organize national consensus on matters that need collective will and push. Though the fashion to have research centres find a lot of takers. It sounds good. But the matter ends with a huge billboard. The security aspects of the nation, the threat perceptions, the preparation of our forces, the need to equip soldiers with best of firepower and train them a thousand times better than the goons of Dawood or ISI, is no where in the sight.

A friend from New York wrote a few lines, which are now circulating on the email planet. I quote them verbatim, with a sense of hope that if such feelings still remain alive among Indians, the day should not be far when we will rise again as a steel-willed nation and give sea burial to the cowards. The questions India asks of its rulers and the opposition are:

1. Will India do nothing, once again?
2. Will the people running New Delhi take a brief break from stealing public money and bother to focus on security?
3. Will the glorious leaders in North and South Block, and Race Course Road, make the same empty statements promising to punish the guilty and immediately go back to vote bank politics?
4. Will Digvijay Singh ensure that the Mumbai police look for an alleged RSS connection to the bombings in order to show his “secular” credentials?
5. Will the Ministry of External Affairs re-issue the same statements made after the previous attacks against Mumbai, taking care to change the date of the press release in order to make it look new?
6. Will all the voices who argued in favour of masterly inactivity after the last Mumbai attack again preach the benefits of doing nothing against an enemy who kills with impunity?

Why not declare defeat?

Why not admit that India lacks the political will to deal with the issue of terrorism from Islamic groups? After all, there is a long and noble tradition, especially in North India, of eagerly submitting to the newest group of barbaric men on horses who come over the Khyber Pass in order to sack Hindustan and even rule it.

A nation that lacks self-respect, that cannot find the will to defend itself, cannot earn the respect of other people.

Frustrated after converted to Islam, Family returns to Hinduism at Udupi

Fri Jul 15 , 2011
Frustrated after converted to Islam, Family returns to Hinduissm at Udupi Udupi July 14-2011: For his love for a Muslim girl, he took no time to leave his mother religion. 5 years ago Prashanth Shetty married his lover Mushra. He got converted to Islam, appeared in a new name and […] 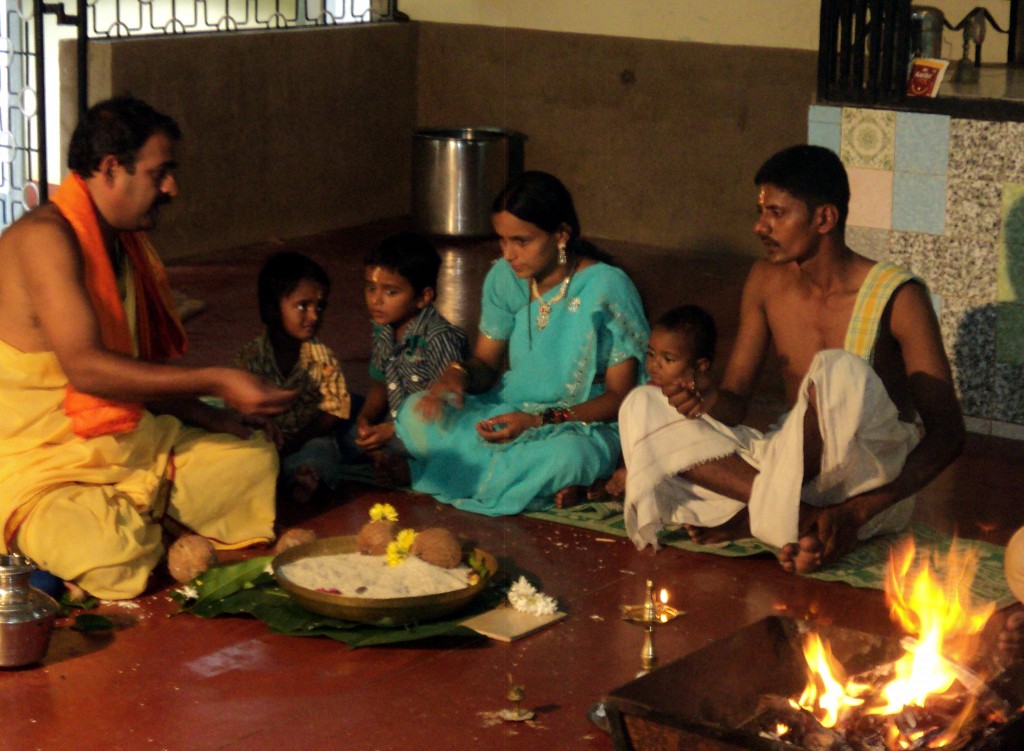