In August 2005, the Rashtrapati set up the second Administrative Reforms Commission headed by Shri Veerappa Moily “to prepare a detailed blueprint for revamping the public administration system.”

The Fourth Report of the Commission is titled “Ethics in Governance”. The Preface of this report carries this quotation of Mahatma Gandhi at the top:

The Preface opens with this paragraph:

The Mahatma’s vision of a strong and prosperous India –  Purna Swaraj – can never become a reality if we do not address the issues of the stranglehold of corruption on our polity, economy and society in general.

Public servants who work in a department/agency know the antecedents and activities of others in their organization.  They are, however, often unwilling to share the information for fear of reprisal.

If adequate statutory protection is granted, there is every likelihood that the government would be able to get substantial information about corruption.

The term ‘whistle-blowing’ itself is a relatively recent addition to our lexicon. In the United States, in the post-Watergate era, after the trials and tribulations of Daniel Ellsberg , the man who ‘blew the whistle’ on the so called “Pentagon papers”, whistle blowing has not only been protected by statute, but is also encouraged as an ethical duty on the part of the citizens.

Laws providing such protection exist in the UK, USA, Australia and New Zealand.

The Law Commission in its 179th Report has proposed a Public Interest Disclosure (Protection of Informers) Bill, which provides protection to whistle-blowers.  This ARC report goes on to cite the tragic examples of two Indians who while performing this ethical duty of exposing corruption had to pay for it with their lives.

The Report says: “Manjunath Shanmugam working with Indian Oil Corporation (IOC) was a graduate of the Indian Institute of Management, Lucknow.  He refused bribes and ignored threats to his life in his fight against adulteration by the petrol pump owners.  He paid the price.  He was shot dead on 19th November, 2005, allegedly at the behest of corrupt petrol pump owners.

“Satyendra Dubey, working with the National Highways Authority of India (NHAI) exposed the rampant corruption in construction of roads.  He was also found dead on 27th November, 2003”.

I have quoted all this above because I hold that in the political history of Independent India, the Cash for Votes Scandal has been the most shameful.

If has been a black spot not only for the UPA Government; it has besmirched Indian democracy as well.

And the three MPs who exposed the Government’s dark deed have rendered a signal service to democracy.  And Government, whose official ARC report has emphasized that this kind of whistle blowing merits not only statutory protection but is an ethical act as well.  Statutory protection may be necessary for government employees.  But for Members of Parliament ethical conduct is a justification by itself.

When on September 6 evening I heard that two of the three MPs who had acted as whistle blowers had been sent to jail, I did feel extremely upset.  It made me say in the House on the last day of the session: “I knew that they intended to place the entire bribe money on the Table of the House.  If I felt that they were doing anything wrong, as Leader of the Party I would have stopped them.  If, however, Government thinks that what they have done is wrong and so has put them behind bars I would like to tell the Treasury Benches, I am even more guilty because I did not restrain them.   Send me also to Tihar.”

The three MPs who made history in 2008 by laying bare this scam were Kulaste, a Tribal, Bhagora and Argal, both Scheduled Caste. Obviously those who approached them with cash presumed that these MPs would be vulnerable. Argal is a sitting Member and so his case has been referred by the Speaker to the Attorney General. 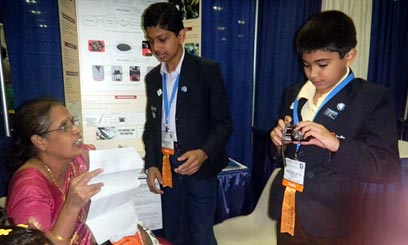