Newdelhi: “SAMSKRIT Bharati, through Samskrit Sambhashan camps, trained over 90 lakh people in Sanskrit speaking during the last 30 years. Today, it is an organisation which is active in 19 countries of the world for propagation of Sanskrit and also to make Sanskrit a language of the masses. Besides it, over 300 books and different CDs and DVDs, etc. have also been prepared,” said general secretary of Samskrit Bharati Shri CM Krishna Shastry. He was speaking at the concluding function of a ten-day Sanskrit Sambhashan camps at Parishkar College auditorium in Jaipur on September 11. Shri Devkrishan Saraswat, president of Samskrit Bharati, Jaipur Prant, and many other eminent Sanskrit scholars were also present on the occasion.

The elected students’ representatives of 25 Sanskrit colleges were also honoured on the occasion. These leaders also presented a memorandum to the State Education Minister, Shri Brijkishore. Prant secretary of Samskrit Bharati Dr Raghuvir Prasad Sharma stressed the need for joint efforts on the part of the student leaders. Dr Alok Kumar Chaturvedi, Principal of Parishkar College was also present on the occasion.

Later, a Sanskrit Mahotsav was organised in the evening at the same venue. This year three Sanskrit teachers training camps were organised in Jaipur during the summer vacations. A total of 180 teachers were trained in those camps. These trained teachers then organised 51 Sanskrit Sambhashan camps in Jaipur from September 1 to 10. Over 1,500 people learnt Sanskrit speaking at these camps. Shri Chamu Krishna Shastry addressed the gathering at the Mahotsava. Prof. Ramanujdevnath, vice chancellor of Jagadguru Ramanandacharya Rajasthan Sanskrit University also spoke on the occasion. 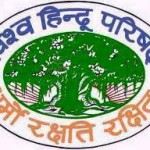 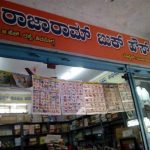