Skip to content
by Sunil Ambekar National Organising Secretary, ABVP
New Delhi: Home minister Chidambaram today helplessly tried to defend his undemocratic and dictatorial misdeeds at Ramlila ground on democratic  agitators. Its shameless that the whole central government including PM is defending such atrocities.  P. Chidabaram’s tirade against anti-corruption activists is understandable.
The Congress has panicked. It was Chidambaram who introduced the financial instrument Participatory Notes, which has been used to launder illegal money into official markets through FIIs in the capital market. This way he is also a major party in corruption. Also he was party in appointing and defending corrupt CVC K J Thomas.
Today Chidambaram  not only  informed  but also objected ABVP’s support to anti corruption agitation by Baba Ramdev. I think what’s new that ABVP is supporting fight against corruption and what’s wrong in it? It should be very clear that ABVP has passed resolution in its national conference at Bangaluru in Dec 2010 to fight  against corrupt present central government.  And after 1st phase of activities, besides students many others approached to join the movement. So ABVP launched new forum Youth Against Corruption (YAC) on 12th may 2011. Now owner of this  YAC is the youth of this nation. ABVP not only supported shri Anna Hazare and shri Baba Ramdev but will also support anybody even from congress who comes out from  this government to  sincerely join this movement.
ABVP has also played a very prominent leading role against corrupt and anti democratic government in 1970’s. That time also instead of addressing issues congress choose to impose emergency. But ABVP was not afraid of that, instead government has to withdraw after trying all atrocities.

We appeal people in general and youth in particular not to allow this government in power anymore.  Do not forgive such arrogance of any government . (8 june 2011) 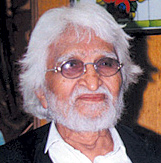