Talking to reporters, Advani said he had come to Nagpur to meet party president Nitin Gadkari who had undergone a small operation besides the RSS chief.

Advani had announced his yatra plan on the last day of the monsoon session of Parliament earlier this month. The BJP parliamentary board has endorsed the senior leader’s decision, but there has been no discussion with the Sangh on it yet. Advani is, therefore, expected to discuss plans for the yatra as well as the current political scenario in the country with Bhagwat.

The Sangh has backed all the five earlier yatras that Advani has undertaken. It is expected to support his yatra this time too since it is against the issue of corruption. When Anna Hazare had started his movement, the RSS had declared that it would back any campaign against graft. Advani’s yatra is likely to begin on October 11, the birth anniversary of Jayaprakash Narayan.

BJP is likely to make a formal announcement of the details of the senior leader’s yatra soon. 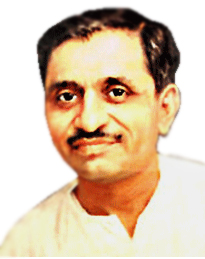