Managing trustee of Dharmashree Foundation, Eshwaramangala, Nanya Achuta Moodettaya, announced that Vishwa Hindu Parishat’s international president, Ashok Singhal, has been chosen for the fourth ‘Dharmashree’ award being given annually to those who have rendered meritorious services in the fields of religious, social, and other sectors. He was addressing a press conference held here on Monday May 2.

He noted that Sri Raghaveshwara Bharati Swamiji, Rama Jois, and writer, S L Bhyrappa, had received this award in the previous years.

“This award will be presented at the three-day programmes being organized by Brahmakalashotsava Samiti of the foundation, and Sri Anjaneya Bhakta Samiti beginning on May 20, in connection with the consecration of the world’s tallest Panchamukhi idol of Lord Anjaneya at Eshwarramangala. The award will be conferred on Singhal in a programme being held on May 22, in which Sri Raghaveshwara Bharati Swamiji, and  Sri Vishweshateertha Swamiji will be present. B S Yeddyurappa will preside over this function. RSS leader, My Cha Jayadev will be present, while RSS Saha Karyavaha, Kajampady Subrahmanya Bhat, will deliver the felicitation address,” he informed.

The religious meeting being held on May 20 will be presided over by minister, Krishna J Palemar. Odiyoor Sri Gurudevananda Swamiji will deliver benedictory address. At this meeting, minister, Shobha Karandlaje will dedicate ‘Ramayana Manasodyana’ work to the society. MP, Nalin Kumar Kateel, will release ‘Hanuman Manasodayana’. Various other works and a CD are also being released on this occasion, he added. He said that religious meeting is also being held on May 21, and various religious rituals, Homa etc, will be performed on May 22.

For more on this news, Kindly visit http://www.daijiworld.com/news/news_disp.asp?n_id=100904&n_tit=Puttur%3A+Ashok+Singhal+Chosen+for+Fourth+%91Dharmashree%92+Award

Fri May 6 , 2011
Sangh Shiksha Varg-2011  concludes in Karnataka. ಆರೆಸ್ಸೆಸ್ ತರಬೇತಿ ಶಿಬಿರದ ಸಮಾರೋಪ ಸಮಾರಂಭ Bangalore: Sangh Shiksha Varg, the annual summer training camp for select RSS Swayamsevaks was successfully held in Karnataka from mid April to first week of May, 2011. In Sothern Karnataka this 20day Camp was held from April 15 to […] 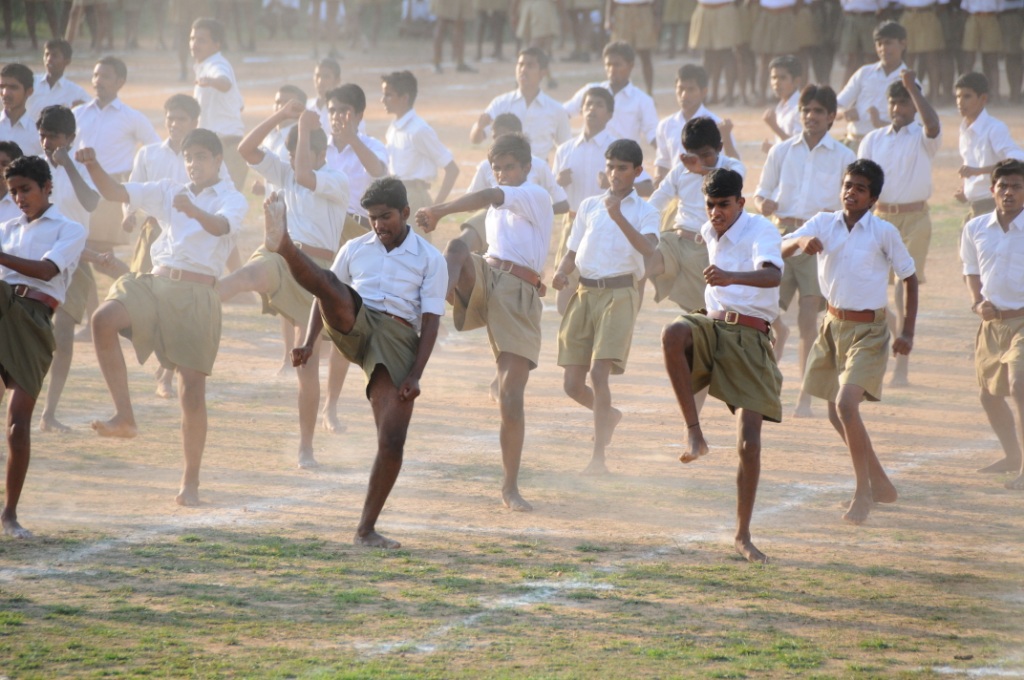