But Supreme Court has not commented on the faith of Hindus that, Lord Shri Ram was born there.

“How could the high court engineer something like partitioning of disputed land on its own”, the SC asked.

The court said puja can be performed on the disputed land, but banned religious activity on the surrounding 67 acres of land acquired by central government in 1993.

It said the status quo as on January 1993 will be maintained.

“We are not disturbing anything which was going on”, said a bench of Justices Aftab Alam and R M Lodha.

The court also issued notice to all parties on Allahabad high court judgment dividing the disputed land at Ayodhya between Hindus, Muslims and Misnoig.

This was the first hearing in the apex court after the Allahabad high court’s verdict in the title suit delivered in September last year.

Mon May 9 , 2011
Bangalore; May 9: “The trifurcation of  the Ram Janmabhoomi has been stayed by the Hon’ble Supreme Court and daily worship of the Ram lalla has been upheld. It was obvious that court stayed the Allahabad HC verdict, as all the petitioners have asked for the stay on it” Said RSS […] 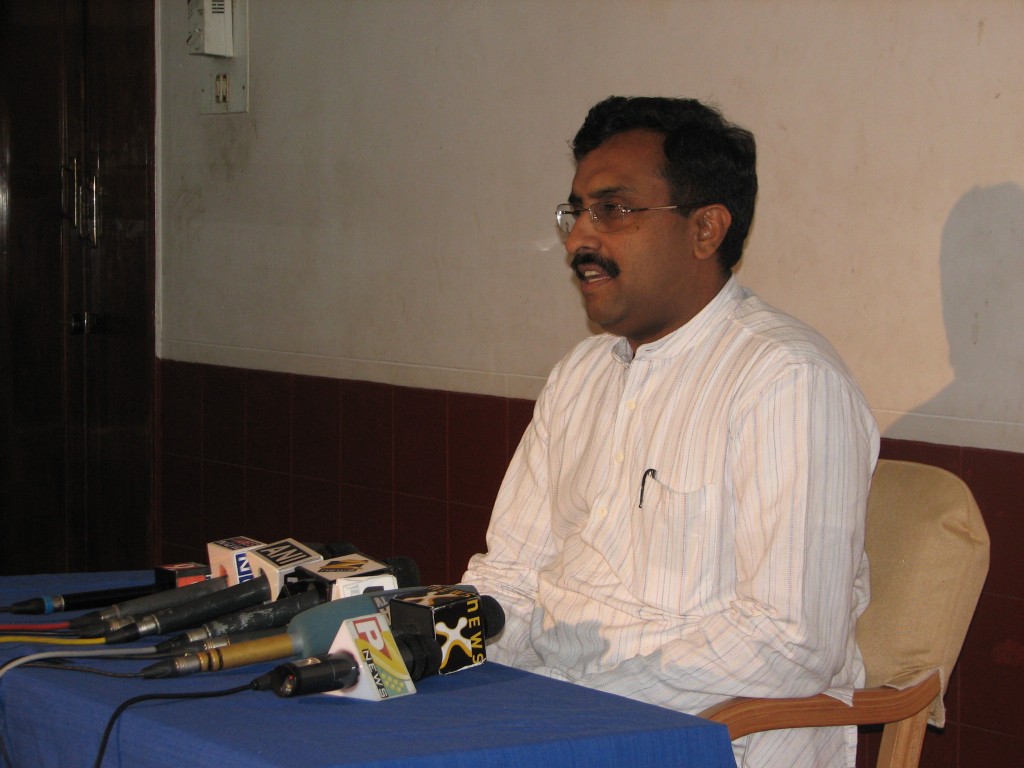