The CBI on Friday appealed in Supreme court, against the Allahabad High Court’s order to drop charges against senior BJP leader L K Advani & Murli Manohar Joshi in the Babri Masjid demoliton case.The high court had quashed the criminal conspiracy case against Advani and 20 others.

In its appeal, the agency said that the High Court had not come to the right conclusion and the charges of criminal conspiracy should be restored against them. The High Court had on May 20 last year dismissed the CBI plea seeking revival of criminal conspiracy charges against top BJP and Sangh Parivar leaders which also included Ashok Singhal, Giriraj Kishore, Vinay Katiyar, Vishnu Hari Dalmiya, Sadhvi Rithambara and Mahant Avaidya Nath.

After the demolition of Babri Masjid in Ayodhya on December 6, 1992 two FIRs were filed against those allegedly involved in it.

The first FIR was against unknown persons while the second FIR was filed against Advani and 20 others.

Sat Feb 19 , 2011
Nagpur: After BJP president Nitin Gadkari, a three-member RSS team led by senior leader Ram Madhav will visit China on the invitation of an NGO. The visit will take place from February 22 to Feruary 27, Madhav told The Indian Express. “We have been invited by Chinese Association for International […] 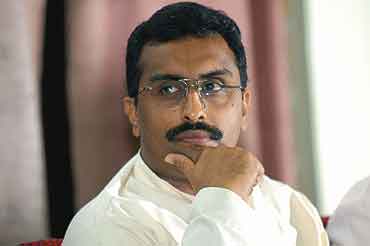