LEH: (PTI)  Chinese troops are reported to have entered into Indian territory and destroyed some old Army bunkers and tents in Chumar division of Nyoma sector, about 300 kilometres from here. While some reports suggested that the Chinese troops in helicopters entered one-and-a-half kilometres into Indian airspace, other reports said that the helicopters landed in Chinese territory and then the troops marched into the area to dismantle the bunkers, a move aimed at displaying that the area belonged to them.

The Army denied that any such incident had taken place. But sources in the know said that two Chinese helicopters had entered into air space and landed one-and-half kilometres into the Indian territory at Chumar in Chingthang area of Tehsil Nyoma.

The Chinese troops attempted to dismantle an old army bunker, which was not used by the troops for long, the sources said.

Another version quoted to eyewitnesses, who are often the grazers, said that Chinese helicopters landed near the Line of Actual Control and then marched in to destroy old bunkers of the army and tents of ITBP.

Thu Sep 15 , 2011
Gospel of Sri Mata Amritanandamayi Devi A brilliantly produced, attractive synopsis of Mata’s thoughts with colourful pictures. Extracts from the introduction by Swami Amritaswarupananda Puri “TRUE love transcends all barriers. It is universal. It is this love that I consider as my religion.” This teaching, put into action, is Amma’s […] 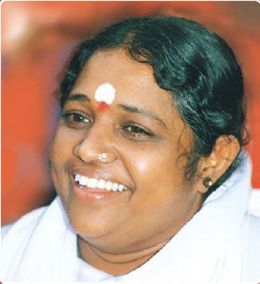