12th  April, 2011. Ujjain
RSS sarasanghachalak  Shri Mohan Bhagwat attributed the problems being faced by the world to the degradation of culture, which is bringing humanity to the brink of disaster. He was addressing a seminar on Sunday in Ujjain of Madhya Pradesh.

“Our country is grappling with the problem of identity, character and faith that needs to be addressed,” he said, adding that India faced problems of disturbed borders, corruption and European culture that have remained despite after Independence.

He pointed out that lack of education had created a problem of character and was the main reason behind doing illegal work and is the root growing corruption.

He said, “Describing India as a ‘Hindu Rashtra’ will be called as ‘saffronisation’ of the country where identity had become a crisis”.

Tue Apr 12 , 2011
The Delhi High Court has granted divorce to a Hindu girl under the Special Marriage Act, finding truth in her statement that she was fraudulently made to sign papers by a Muslim youth which later turned out to be registration of marriage and conversion certificate into Islam. The girl and […] 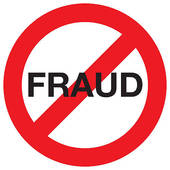