Google India’s doodle today celebrates the 82nd birth anniversary of legendary creator of ‘Indian comics’and founder of Amar Chitra Katha,Anant Pai. ‘Uncle Pai’ to millions who grew up in the India of the ’70s and ’80s, he helped millions of children delve into the fascinating treasure trove of Indian mythology, history and legends through comics.

The shy but affectionate man – who signed handwritten letters to his young fans as ‘Uncle Pai’ – left an indelible mark on Indian popular culture by launching the Amar Chitra Kathaseries in 1967, after a stint with The Times of India. He was motivated by a TV quiz in which contestants rattled off answers related to Greek myths but didn’t know the name of Rama’s mother.

Most publishers were sceptical but Pai persisted and the series finally began with the launch of the first title, ‘Krishna’. He lent it the auspicious Indian touch by titling it number 11 instead of one.

The early years were tough – there are anecdotes of Pai personally setting up display racks in restaurants. But today, Amar Chitra Katha sells about three million comic books a year in more than 20 languages, and has sold over 100 million copies since its inception.

In 1984, Pai launched Tinkle which went on to follow the proverbial success of its mother brand with its own set of comic characters like Suppandi, Tantri the Mantri and Shikari Shambhu.

Uncle Pai died in February this year at the age of 81 following a massive heart attack.

The first doodle was posted atop the logo at Google’s famously uncluttered search page by company co-founders Larry Page and Serge Brin in 1998 when Google was just getting off the ground.

It was essentially an “Out of Office” note in the form of a Burning Man image from a gathering that Brin and Page were heading to in the Black Rock Desert of Nevada.

The notion of a doodle flourished on a Google campus rich with creativity and engineering brilliance. Before long, a couple of “Googlers” eclipsed doodle clip art with beautiful illustrations.

Sat Sep 17 , 2011
AHMEDABAD: Gujarat chief minister Narendra Modi began his three-day ‘sadbhavna’ fast on Saturday saying the day is not far when the country, and indeed the world, will discuss the state as a model one. “My fast is not against anyone… that was, is and will never be my agenda. Just like the […] 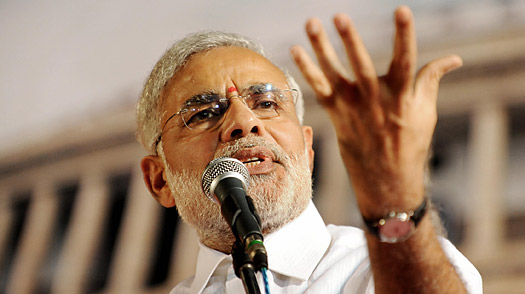