RSS ideologue M G alias Baburao Vaidya on Sunday expressed concern about the usage of newly coined term “Hindu Terror” appealing Hindu leaders to remove the blot. “The word Hindu Terror has earned its place in the media and no one knows who invented it. Though somebody gives credit to NCP president Sharad Pawar and others says it was Congress General Secretary Digvijay Singh who has coined the concept,” Vaidya wrote in his weekly column in a local Marathi daily in Nagpur.

He said the government has accused Abhinav Bharat and Sanatan Sanstha, Goa based right wing Hindu organisation, of being involved in violence and some arrests have been made in this regard but none of the accused have been convicted by the courts till date.

The term of “Hindu terror” was being used to woo Muslim votes in the country and thereby defaming Hindus, he said. Those who had earlier claimed that terrorism has nothing to do with religion were now tagging Hindu community with the term “Hindu terror” to justify that terrorism was not just restricted to Islam but also to other religion (Hinduism), Vaidya wrote in the article. Vaidya asked all religious and social leaders to take initiative to remove the blot on Hindus.

“Swami Vishweshatitha of Uddipi, Dr Pandya of Gayatri Parivar noted Yoga Guru Baba Ramdev and Dayanand Sarastwati of Coimbatore should tell the government to stop defaming Hindus,” he said. “Should we call it Congress terror when 3,000 Sikhs were massacred in Delhi during 1984 riots broke out after the assassination of Indira Gandhi,” Vaidya asked. 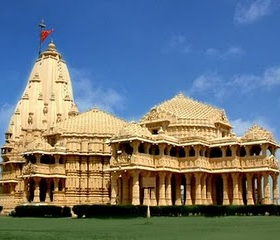