New Delhi, June 26 (PTI) Indian cow and buffalo breeds possess a rich A2 allele gene that provides a better and healthier quality of milk than foreign breeds, according to a new study. “The A2 allele gene in Indian milk breeds of cows and buffalos are 100 per cent, while in foreign breeds, it is around 60 per cent,” scientists of the National Bureau of Animal Genetic Resources (NBAGR) have said in a report. Furthermore the frequency of this allele in Indian milk breeds is 1.0 (100 per cent), while in exotic breeds, it has been reported to be nearly 0.6 (60 per cent) or less, they added. Set up in 1984, NBAGR is an arm of the Indian Council of Agricultural Research (ICAR) and is based in Karnal, Haryana.

The finding was arrived at after screening the status of the A2 allele of the beta casein gene in indigenous cows like Red Sindhi, Sahiwal, Tharparkar, Rathi and Gir etc, NBAGR Director B K Joshi said. “The counter allele to A2 is A1, which is considered to be associated with diabetic, obesity, cardiovascular diseases etc,” added Joshi. “Although the foreign breeds of cows produce more milk than Indian varieties, but due to more concentration of A1 gene in those breeds, the milk is of low quality,” the report said, adding that the long-term use of such milk may cause several health disorders.

Tue Jun 28 , 2011
Seva Vibhag of Rashtriya Swayamsevak Sangh, Bangalore’s  Banashankari Unit arranged a free eye testing camp on Sunday June 26th at semi rural area of Gottigere. The camp was attended by nearly 607  villagers who are poor and  could not afford entry in to higher hospitals for their check up for […] 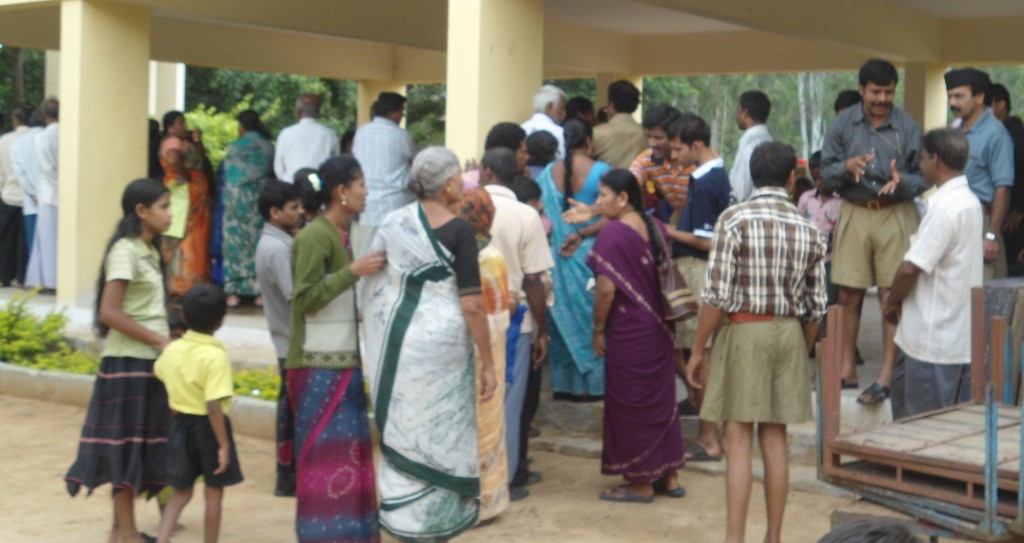