Sadhvi Rithambara makes her own world

June 10, in the dead of the night, Vatsalya Gram in Vrindavan. Two baby girls, no more than few days old are left in the crib at the entrance of the ashram. The babies are soon discovered, and taken in, for they now have a home, and a mother, aunt and grandmother, as Sadhvi Rithambara, the founder of the 54-acre ashram, describes the social structure in the ashram.

The saffron-clad ascetic was last in the news, most of it not so positive, for sharing the stage with Baba Ramdev during his failed fast at Delhi’s Ramlila Maidan. “Vatsalya Gram is unlike any other ashram in the world. An orphanage, estranged women’s centre and old age home, it is one cohesive unit. It provides people an environment to grow, that people only in well-to-do families get,” says the sadhvi, who is one of the accused in a criminal case relating to the 1992 demolition of the Babri Masjid .

The ashram bears witness to Rithambara’s statement. On the left side of the huge gated entrance is a crib with a sensor mounted on top. “This crib is open 24 hours of the day; anybody can come here and drop a baby and go away, nobody from the ashram comes and asks them any questions. A sensor situated on top of the crib alerts the ashram authorities, who come and pick the child and who then becomes a part of the Vatsalya Gram family,” says Acharya Balkrishna, who has been working at the ashram for the past two years.

There are 30 families now staying at Gokulam, a housing complex situated in the ashram. Each family consists of a mother, aunt and grandmother. The ashram provides shelter to young women and middle-aged women abandoned by their families following the death of their husbands; they play the role of mother and aunt, while abandoned senior citizens play the role of naani or grandmother in the family. Each flat in Gokulam consists of one dining room, drawing room, master bedroom, one additional bedroom, bathroom and toilet, kitchen, prayer room and a central courtyard. Each family consists of anywhere between five and 10 children staying with three elders who play the role of mother, aunt and grandmother. “The children staying at the ashram address the elders as such; nowhere in the ashram is the word orphan ever used. The ashram has its own gaushala (cow shed) with 125 cows, whose milk is used to feed infants here. There is a central stock of foodgrains and other essentials from where food is distributed to the families,” says Balkrishna.

The ashram does have the facilities that are the usual aspirations in large cities. It has a school, Samvid Gurukulam, based on CBSE pattern, complete with a finishing school for all-round development of children. There’s also a theme park with models of various animals, and of incidents from epics like the Ramayana which are used for providing children moral education. Also in the ashram are a training centre where woman are taught self defence techniques and a shaheed museum with paintings and stories of freedom fighters. Students at the ashram are also provided training in naturopathy and yoga.

The women residing in the families are taught various samskaras and rituals and the logic behind them. They are taught the art of how to take care of children, family values and other behavioural aspects. A sacred abode, the Sadguru Sannidhi, is where holy saints stay in the ashram when they come here on teaching visits. “At Vatsalya Gram, a child gets a mother, a woman gets a child, a grandmother gets a daughter and children, and all live together as family. We live by the principle that nobody is an orphan in the universe. Every child staying at the ashram has the surname Parmanand; it was the name of my guru Swami Parmanand,” says Sadhvi Rithambara.

Rithambara says people not only need material but a lot of emotional support too which an orphanage, or old age home alone cannot provide. “I am very happy that Anika Parmanand, one of our family members, completed her graduation in 2006 and recently got married into a good family in Delhi. Another member, Rohit Parmanand, completed his 12th grade from Bhonsala military school (Maharashtra) and will appear for engineering entrance exams soon. We will support him till he becomes self-sufficient,” says Rithambara.

The ashram also has a fully equipped hospital, with its own ICU. The

The hospital serves people from inside the ashram as well as those from outside who cannot afford treatment. The eye care centre provides free eye treatment. Within the ashram is a vocational training centre called Geeta Ratan where women from tribal areas are taught bakery skills, craftwork, food processing  and embroidery in order to make them self employable. Around 40 women are being trained here. There is another school, where around 350 children from outside the ashram are imparted education at a nominal fee of Rs 10 per month. In this amount they are provided uniform, one meal, and stationery.

We go to one of the houses in Gokulam and meet Sitaji, the mother and Neermal, the grandmother who live with 12 children. One of the children, Nirdesh Parmanand, is back home for summer vacations from Bhosala military school.  We are introduced to Stuti, a student who recently scored 93 per cent in her fifth grade exams. Sitaji talks to us while singing lullabies to Soham Parmanand, a baby boy who cannot see and was probably abandoned because of that. It is common for children of AIDS victims or those suffering from congenital birth defects to be left at Vatsalya Gram.

Rithambara says according to law, till the completion of six months after they receive a child, they issue public notices asking for the parents or guardian. If nobody turns up, till then the child become a part of the Vatsalya Gram family. They do not give up any of the children for adoption. Till fifth grade, a male child stays at Gokulam following which he is sent to the best boarding schools in India, like the Bhosala military school.

“I started work for empowering women with vocational skills at Jwala Nagar in Delhi 20 years ago. In 2003, I moved to Vrindavan with hardly any money to support the ashram. But people supported us and the results are for you to see,” says Rithambara.

Sun Jun 19 , 2011
Civil society, uncivil government: Organiser Editorial June 26, 2011 The Congress-led UPA government is rattled by the rising voices against corruption. Having lost credibility completely, floundering for explanations to mounting charges of accumulating sleaze, the Congress Party has unleashed its foul-mouthing spokespersons to defend itself. From the government too, the people […] 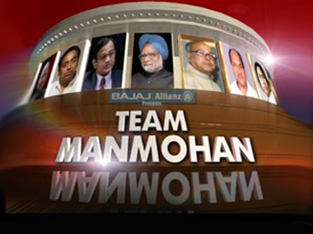