Bhopal, Mar 29 : RSS chief Mohanji Bhagwat has said that corruption appeared to have spread all over the country and nothing was being done to check it.

Instead of controlling corruption, innocent people are being made ‘scapegoats’ for the acts they are not guilty of, Bhagwat said yesterday at a function to mark the opening of the local office of the ABVP. Madhya Pradesh Chief Minister, Shivraj Singh Chouhan who was also present on the occasion said he had learnt to stay away from groupism during his days with the ABVP and he was still practising it. National president of ABVP  Milind Marathe, ABVP national organising secretary Sunil Ambekar, Zonal secretary Vishnu Dutt Sharma, 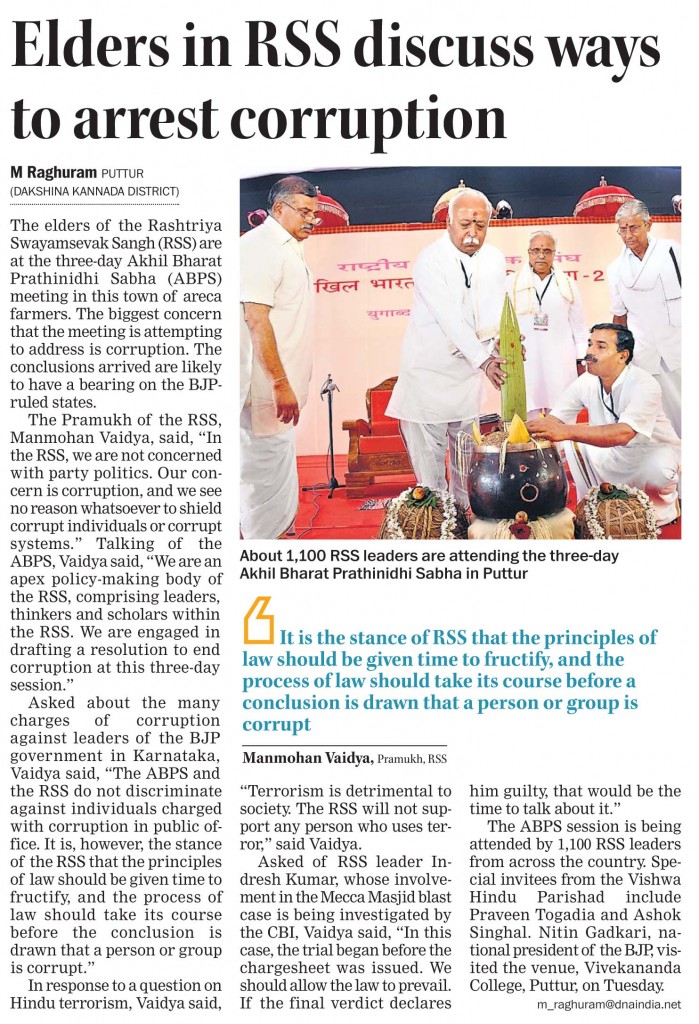