New Delhi: Indraprastha Vishwa Samvad Kendra (VSK), the media arm of Rashtriya Swayamsevak Sangh (RSS) on Friday celebrated the Narad Jayanti by felicitating journalists and hailing their contribution towards betterment of the society. Narad Jayanti was chosen as the felicitation day as Devrishi Narad is the first journalist in this entire universe. Shri Kanchan Gupta, Shri NK Singh and Shri Shyamlal Yadav were the three journalists who were felicitated on the occasion.

Shri Achyutanand, Senior journalist and former Vice Chancellor of Makhan Lal Chaturvedi University presided over the function. “Narad Jee was the first reporter this universe ever had. Through his witty communication skills he worked for the well being for everybody in the entire universe,” said Shri Achutanad during his speech. Shri Rakesh Sinha, Professor Delhi University spelt out the role of media and journalists in shaping the thinking pattern of society. Dwelling upon the need to celebrate Narad Jayanti, Shri Sinha mentioned that it is necessary the people of this country realize and appreciate the rich cultural background of Bharat. “Initially there could be some apprehensions in the minds of certain people about celebrating Narad Jayanti but then this had also been the case for Vishwakarma Diwas and Vivekanand Jayanti.  People have now come to accept with open hearts both Vishwakarma Diwas and Vivekanand Jayanti, so would be the case with Narad Jayanti.”

Pointing out the basic difference between Western journalism and Indian journalism, Shri Sinha said that while in the west journalism and media is looked upon as an industry to make profits, for India it has been an instrument for societal awakening. He reminisced how media played a crucial role in the country’s freedom struggle and remembered the invaluable contributions of Lala Lajpat Rai, Bipin Chandra Pal and Lokmanya Tilak who took their nationalist outlook and thoughts through media to inform and educate the masses during country’s freedom struggle. “It becomes necessary in today’s context that media assumes a national character and develops a nationalist outlook,” he said.

Vagish Issar, Secretary Indraprastha Samvad Kendra, during his address to the gathering pressed upon the need to read Panchjanya and Organiser to know more about the Rashtriya Swayamsevak Sangh (RSS). Vagish added that instead of believing on hearsay and propaganda about the RSS it is better if people interact directly with RSS and other organizations. “This way people would know about the beliefs and ideology of RSS from a first hand experience.  One needs to come closer to the Sangh to know about the Sangh.” RSS to issue legal notice to Congress President of Kerala 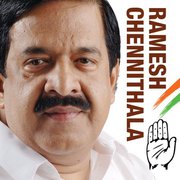