AZHAR QADRI DRASS (KASHMIR): From being a war zone 12 years ago, the sparsely populated town of Drass in Kargil district has recovered from the battle scars. The road to Drass goes through god’s forgotten lands — there is silence and wilderness for miles and an unending number of peaks. In 1999, an Indian war machine was mobilized and crawled through these mountainous roads to reach Drass, a seven-hour journey from Srinagar. It was then, a battle to take control of Tiger Hill and Tololing Hill where Pakistani forces had barricaded themselves and were shelling NH-1D in an attempt to cut off the Ladakh region.

The Army celebrates the 12th anniversary of its victory on July 26 and Drass is no longer a ghost town as the battlefields are now hosting polo matches. Crowds, which have come from all across Drass, cheer with energy as horses gallop in a dusty field and players on horsebacks hit the ball.

From the ground where the match is being played, one can clearly see, in all their majesty, the Tiger and Tololing hills — both of which have been part of plot of several Bollywood films made in the aftermath of the Kargil war. These are times of peace in Kashmir, no major infiltration has been reported, there has been no major attack and no street protests.

CM Omar Abdullah, who was the chief guest at the Lalit Suri Polo 2011 tournament, said the government will try to bring Drass on the tourism map. “Drass is famous for two things — the Kargil war, and before was known as the world’s second coldest place. But other than that people did not know much (about) Drass,” Omar said.

Wed Jul 13 , 2011
Wasn’t justice blind? Arun Jaitley , Hindustan Times July 11, 2011 The Supreme Court’s recent order to disband the anti-Maoist special police officers in Chhattisgarh is based on ideology, not on the Constitution. The Supreme Court has quashed the appointment of Special Police Officers (SPOs) by the state of Chhattisgarh […] 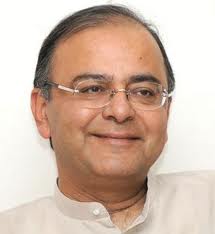