1. Was Ramanujan essay dropped to help PM avoid yet another

headache?, Singh’s Historian Daughter, Upinder, One Of Its Votaries:

October 9 was a Sunday. An unusual day to call an emergency meeting of

stuff: approval of certain courses. However, tucked away as

essay, ‘Three Hundred Ramayanas’ from the history course — a proposal

that was passed, triggering one of the fiercest debates in recent times in

NEW DELHI: It’ll be letting a great opportunity slip away if India finally has

brand retail, which would help raise farm incomes and push down prices,

3. “We have our problems and I have to take a stand for public” :

Kolkata : The Trinamool Congress “definitely” does not want the United

Holding out hope that the FDI row will not eclipse the lokpal bill, finance

minister Pranab Mukherjee on Friday said the government will get

The National Democratic Alliance government had proposed 100 per cent

foreign direct investment in the retail sector, and a lot of work has been

done on the issue since the time the BJP-led coalition was in power,

of Parliamentary Standing Committee on Commerce has taken exception

seized of the matter. He has also hit out at Commerce Minister Anand

of FDI in retail policy and pointed out that as many 19 States, including

Congress-ruled Rajasthan, had informed the committee that they were

opposed to the policy.[Pioneer Daily p1]

her opposition to the Cabinet’s decision to allow FDI in retail, dealing a

the opposition’s protests. The Trinamool Congress chief added that she

did not wish the UPA government to fall. [TOI p1]

including some ruled by the Congress, had opposed the proposal in reply

to a parliamentary committee. The BJP and other Opposition parties have

been demanding rollback of the government decision allowing FDI in

into account (the trend) of the last two quarters, it appears growth would

Powers Act (AFSPA) from at least downtown Srinagar, the army brass is

set to approach Prime Minister Manmohan Singh for support on the

situation, any political observer will be surprised by the timing of the

decision. The Government’s credibility is at rock bottom. The leadership

has been unable to counter the allegations of both corruption and

A day after the Shiromani Akali Dal (SAD) made a U-turn, withdrawing

the change was not due to any pressure from coalition partner BJP.[HT

13. Parliament on 4 day holiday from today : New Delhi : With the logjam

in the current Winter Session continuing, Parliament will be on a four-day

holiday from Saturday. The Lok Sabha and Rajya Sabha will now meet on

occasion of DAVP calendar release for 2012, the government on Friday

Territories must…be instructed not to commit any violence on media

persons, otherwise they will face criminal proceedings which the Press

Gujarat and Himachal Pradesh had told a parliamentary panel recently

that they wanted foreign direct investment in retail. The party put the onus

for breaking the parliamentary deadlock squarely on the government. [ET

17. Delhi HC denies relief to Chandolia : New Delhi: In a new twist to the

2G scam, the Delhi high court on Friday stepped in to stay the grant of bail

December 27, Team Anna has begun chalking out strategies and would

hold two-day-long deliberations in the second week of this month.[AA p3]

19. Kanimozhi Out, but Stalin may be Arrested, Chennai Police registers

case as part of crackdown against alleged land-grabbers: CHENNAI :

deputy general secretary, MK Stalin, as part of its crackdown against

officials are expected to meet to thrash out a solution. [ET p3]

the state assembly, seeking creation of Telangana. “The government will

not move any resolution on Telangana,” the chief minister was quoted by

ambit of the proposed ombudsman while demanding that measures like a

citizens’ charter of duties for government departments and real autonomy

diluting the Lokpal Bill draft, saying he “strongly suspected’’ him of

“interfering” in the legislation process to make it weak.[TOI p13]

complaints of rape, illegal confinement and attempt to murder by a former

Friday denied the charges, claiming that the woman had been trying to get

Samajwadi Party in Uttar Pradesh, causing a dark shadow on the

upcoming Assembly elections. Tickets for the Assembly polls are being

changed and re-changed in the Samajwadi with an alarming frequency,

fuelling unrest and factionalism within the party cadres.[AA p2]

Haldwani : The national general secretaries of the BJP are going to meet

on December 4 in the lake city Nainital. It is learnt that among other party

be discussed in the meet.[Pioneer Daily p4]

27. Rahul: Focus on UP graft : NEW DELHI: Ahead of next year’s Assembly

learnt to have taken stock of the poll preparations in the state. Mr Gandhi

reportedly told the party leaders, including the ministers in the UPA

government at the Centre hailing from UP, to focus on local issues such

as corruption and law and order situation in the state.[AA p3]

deter the candidates from having their way.[The Hindu p7]

29. Rahul to take another shot at galvanising Congress : Lucknow : With

“Jan Sampark Yatra”- from November 22 to 26 in Uttar Pradesh, the

battleground UP, warning that Congress would be in power in the state but

he would ensure that shirkers were not part of it. [TOI p9]

31. Hooda writes to PM over Jat inclusion in OBCs : Chandigarh :

Prime Minister Manmohan Singh urging him to include Jats into the

expenditure for the recently concluded by elections in the state.[AA p2]

councillors on Friday alleged that officials of the Municipal Corporation of

seeking cancellation of his election to Lok Sabha from Pilibhit constituency

Delhi: The Central Bureau of Investigation on Friday arrested former

against him which show “he was involved in the abduction and

December, remains for 2011 to play itself out. And something, anything,

year; tails can sting’. Or, `The year flickers; its last log glows longest and

retail ranks among the more significant reforms implemented in the last

(RBI), a move that could infuse fresh liquidity into the system, boosted

39. Kayani orders forces to fire back if Nato strikes : ISLAMABAD:

the spot to act swiftly.[AA p1]

Sun Dec 4 , 2011
MUMBAI: Expressing concern over China’s involvement in the Kashmir region, Jammu and Kashmir chief minister Omar Abdullah has said India should show “some spine” while dealing with that country. “I wish India shows some spine while dealing with China,” he said. “At a recent event, the government stood up and said that […] 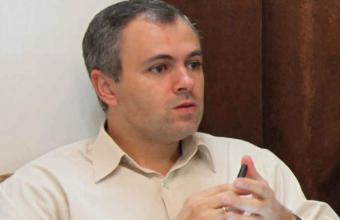