Noted Sanskrit scholar Mathoor Krishnamurthy passed away early on Thursday at a private hospital in the City.

Mathoor, who was 82, is survived by his daughter Janaki. According to Bharatiya Vidya Bhavan, which Mathoor served for a large part of his life, the spiritual scholar developed breathing problems in the middle of the night, following which he was rushed to a private hospital in Vasanthnagar at 2.30 am by his driver. Mathoor, who was kept in the ICU, was declared dead by the doctors at 5.30 am. The government has declared a State mourning for Mathoor.  His body will be handed over to his family.  His body was taken to his ancestral village Mathoor on Thursday night. His nephew and Sanskrit scholar, Prof M N Chandrashekhar, will perform the last rites at Mathoor in Shimoga on the banks of River Tunga.

Following the news of his death, people from all walks of life, including scholars, intellectuals, politicians and students made a beeline for BVB, where the body was kept for people to pay their last respects.

Works and honours
The eighth child of Ramakrishnaiah and Nanjamma, Mathoor was born on August 8, 1929. He has been presented the Padmashri and Rajyotsava awards. Mathoor acted as a key propagator of peace and harmony and was a votary of preserving India’s culture and heritage. He authored around 40 books including translations, delivered hundreds of discourses all over the world and contributed largely to the growth of BVB.

He joined BVB as a registrar in 1969. He was subsequently sent to London in 1972 to start the London centre of the Bhavan. He worked there for 23 years, and on his return he focused on setting up centres in Mysore, Basavanagudi in Bangalore, Madikeri, Bagalkot, Hassan, Bellary and Hubli.

Zest for life
Mathoor, a Gandhian, before starting off at BVB, worked as a bus conductor, a ticket inspector and as a reporter and sub-editor in Kannada daily ‘Samyukta Karnataka’. BVB director H N Suresh said his death had come as a rude shock to the entire staff of BVB.

“His relationship with BVB was well-known. In fact, if people spoke of BVB, they would automatically relate it to Mathoor. He had been suffering from lung congestion for a week now and he was on antibiotics. We, however, didn’t anticipate that he would leave us all so suddenly,” Suresh said.

Mathoor’s last public appearance was at the Gandhi Smaraka Bhavan on October 2, where he launched his latest book on Gandhi’s life ‘Mohana Taranga’. “He was seen enthusiastically calling out to people to buy his books that day. Age never pulled him down. He was always smiling and energetic. He was a great inspiration for the youth,” said Suresh.

Suresh, who has worked with Mathoor closely for over 20 years, also recalled how Mathoor won everybody over with his smile. “Despite many problems, Mathoor managed it all with a smile. In fact, there’s an old joke among those knowing him in London. They would say that if Mathoor smiles hold your purse tight. He could win anybody over with his smile, and get them to make a donation. He will be greatly missed,” added Suresh.

Seva Bharati dedicates another bunch of houses to flood victims, this time at Raichur, Karnataka

Fri Oct 7 , 2011
Raichur Oct 7:  Seva  Bharati, a premier social service organisation and a RSS initiative of seva projects, has dedicated another 52 newly constructed houses to flood victims. In a meaningful ceremony on October 72011 at Aprala Village of Devadurga Taluk of Raichur district in North Karnataka. As a part of […] 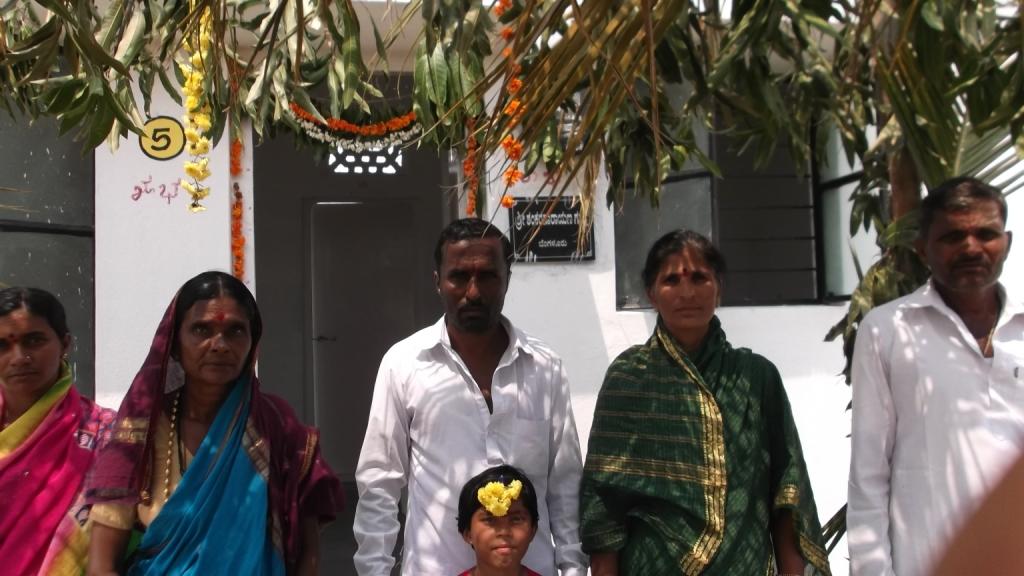