An Indian JCO and three Pakistani soldiers were today killed in a heavy exchange of fire in Keran sector in north Kashmir after ceasefire was violated from across the border, officials said. Pakistan violated the ceasefire twice in Keran sector as Indian troops foiled an infiltration bid after exchanging fire with militants that left the JCO (Junior Commissioned Officer) dead. “There were two ceasefire violations in Keran sector of Kupwara district from across the Line of Control since 2000 hours Wednesday,” Defence spokesman Lt Colonel J S Brar said. The JCO, who was killed, was identified by the army as Naib Subedar Gurdayal Singh.

Mr. Brar said the first ceasefire violation took place at 2000 hours on Wednesday and the firing from other side of LoC continued for nearly 50 minutes.

The second ceasefire violation began at 1100 hours on Thursday and the exchange of fire was continuing till last reports came in, he said.

Official sources said the Pakistani troops stationed at Saheli post opened unprovoked firing at Shalapathri post on Indian side of LoC yesterday, leaving a soldier injured. The Pakistani troops used mortars and heavy weapons to target the Indian position, which was retaliated. The ceasefire violations on Eid day came after troops foiled an infiltration bid in the same area.

The sources said the ceasefire violations from Pakistani side were apparently aimed at giving cover to militants trying to infiltrate into Kashmir ahead of snowfall which will close all passes along the rugged terrain of LoC.

Pakistan Army spokesman Major General Athar Abbas told Geo News that three Pakistani soldiers were killed in the gun battle. He claimed that Indian forces had fired across the border saying it was “unprovoked”. He identified the soldiers as belonging to irregular Mujahid battalion.

Mr. Abbas said the soldiers had been moving between forward posts when they got lost in bad weather in the Neelam valley. He said a meeting has been requested with local Indian commanders to investigate the violation. Reacting to Pakistan army’s claim, Brar said there was no ceasefire violation from Indian side on Tuesday night. “There was an infiltration bid by militants in Keran sector which was foiled by our troops. We lost one JCO in the operation,” Mr. Brar said.

Baba Ramdev: Have done nothing wrong 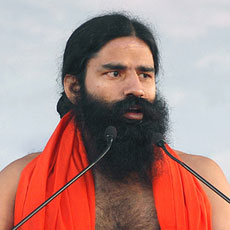