Pakistan, a Tinderbox
By MV Kamath

MJ Akbar, judging by what he has written, couldn’t have chosen a better title for his book on Pakistan’s past and its likely future. A tinderbox is a box containing material for lighting a fire. That is what Pakistan today is: a geographical box full of material for lighting religious and political fires. That it still exists must be considered a miracle. Akbar has undertaken a very difficult job of discussing Hindu-Muslim relations down the centuries from the time of the sacking of Somnath Temple by Ghazni Mahmud to the present.

Reading this heart-rending book almost leads one to unspoken tears, considering how distrust between Muslims and Hindus grew over the centuries. There was Shah Wali-ullah, a premier Sunni theologian claiming that Islam could survive in India only if Muslims maintained physical, ideological and emotional distance from Hindus. Writes Akbar: “Mistrust of Hindus, fundamental to the theory of distance, became the catechism of Muslim politics when it sought to find its place in the emerging policy of British rule in the early twentieth century”.

Akbar goes through the centuries of Muslim rule in India first till 1857 and then takes us right up to Partition, the age of Muslim ‘past’ in India. Then he takes us through the next sixty odd years of Pakistan’s existence, finally taking a peep into Pakistan’s likely future. It is, by any account, a brilliant study. We get new insights into the minds of Muslim rulers and later on also of our British masters. Hitherto little known names feature in the pages to give added insights into how the Hindu-Muslim divide was further broadened. Jinnah gets the credit due to him. Will anyone believe that this man who was responsible for the ultimate Partition of India, strongly deprecated, way back in 1910, the principle of separate communal electorates?

Akbar reveals so many details of the careers of India politicians – Hindu and Muslim – and what may be called the “communal” history of India as to make one aghast. Who were right in their attitudinal behaviour: Hindus or Muslims? After the 1937 provincial elections in the then United Province, when Congress won a simple majority, the Muslim League, never for once having fought for Independence sought a share in the power structure, only to be rebuffed. Nehru was against a coalition on the grounds that the Muslim League would sabotage Congress plans for land reform. He was right, but it is asked: Was he wise? Akbar quotes BR Nanda, the distinguished historian as saying: “Hindu politicians were incapable of generosity and Muslim politicians were incapable of trust”.

Akbar says, “League leaders did not have much to offer apart from emotionalism”. All that it could offer was hate, a political brand on which it thrived. But then there was Maulana Abul Kalam Azad who insisted that “Islam has now as valid a claim on this land (India) as Hinduism”. And then there were elders like Sir Sikandar Hyat Khan, Pir Mirza Ismail and the Nawab of Chatari who felt that when Jinnah asked for Partition, he was “only playing with a bargaining chip” and that they could not imagine “a divided India”.

Indeed, the entire book is an education on the Pakistani and even American mindset. First, a word about the Americans. Pakistan became a nuclear power, says Akbar, “with America’s tacit consent and China’s assistance because both powers accepted its argument of self-defence against nuclear India”. Akbar reports that when a CIA agent, Richard Barlow, protested that the Pentagon was manipulating intelligence to protect Pakistan’s bomb project, he was sacked and even denied his pension. Gen. Zia’s entire plan was not just to ‘liberate’ Kashmir from ‘Hindu India’ but to convert Kashmir into ‘Islamic space’. The Jamaat and Jamaat-influenced fighters wanted a Kashmir cleansed of Hindu ‘perfidie’ and presence. They were the ones instrumental in driving Kashmiri Hindus out of the Valley into refugee camps in Jammu and Delhi. To the General, the war in Afghanistan would be a smokescreen behind which Pakistan could carefully prepare a more significant battle in Kashmir.

The General is quoted as saying that he had carefully calculated his support for the American operation, predicting that the Americans would be distracted by the fighting in Afghanistan and, as a result, turn a blind eye to Pakistan’s moves in the regions. The General may long be dead – he was killed in a bomb blast in his private plane and some believe that was arranged by the CIA even if it meant getting the US ambassador getting killed, but in his life time, it was Zia who got Pakistani textbooks on history re-written to teach Pakistani students how to hate India. But the question now is: will Pakistan disintegrate in the months to come?

Akbar’s understanding is that such thoughts “are highly exaggerated”. Meanwhile he quotes Pervez Hoodbhoy as saying that “a sterile Saudi-style Wahabism is beginning to impact upon Pakistan’s once-vibrant culture and society”. There is even a fear expressed that radical Islamist officers may arrange a coup and seize control of the country’s nuclear weapons. Anything, it seems, is possible. All that one can say after reading Akbar is to say: God save Pakistan. But even God may not be of much help in preventing Pakistan’s savage hatred of India and Hinduism. Reading this book should be a must for all policy makers in India. 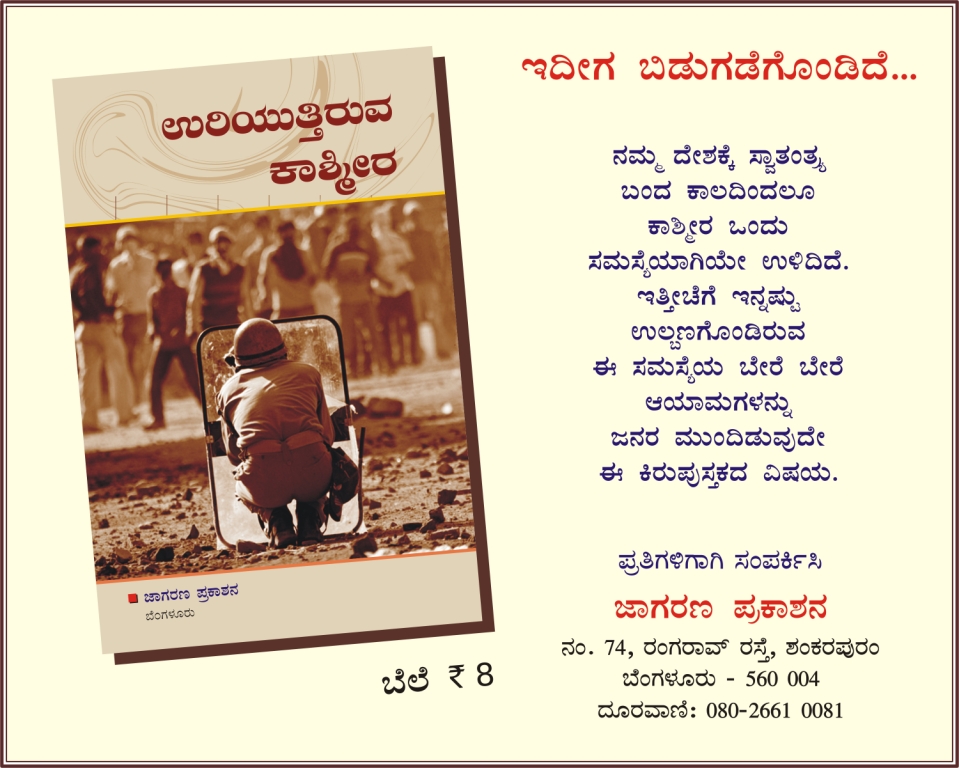