Raipur: A three-day national workshop of Akhil Bharatiya Mahila Samanvya was organised in Raipur, Chhattisgarh, from September 10 to 12. A total of 170 workers, including 147 women and 23 men, belonging to 26 organisations participated in the workshop.

Addressing the workers, RSS Sahsarkaryavah Shri Dattatreya Hosabale described the issue of environment protection as one connected with existence of the universe. He said any delay in preserving the environment and nature may prove to be disastrous. He appealed to the people to go for self-restrained lifestyle instead of indulging in uncontrolled consumption. “Culture and prosperity are not contrary to each other. If we fail to protect the environment today we shall not be able to save the universe for the coming generations,” he said. About the technological innovations he said we are not against modern development, what we want is to have a control on the process of development.

Earlier, inaugurating the workshop Rashtra Sevika Samiti Pramukh Sanchalika Pramilatai Medhe said if we wish to bring a change in real sense, we must start from ourselves. Referring to environment degradation world over she said the entire world is today looking at our traditional way of life for a remedy. She called upon the women to actively participate in different environment protection activities.

In her speech, convenor of Akhil Bharatiya Mahila Samanvya, Geetatai Gunde highlighted the involvement of women in Chipko movement of Uttarakhand and in similar campaigns in Rajasthan. She stressed the need to follow traditional Indian lifestyle for environment protection. National secretary of Punrutthan Trust and Bharatiya Prajna Parishad, Indumati Katadare, convenor of the workshop Smt Shailaja Andhare and senior RSS Pracharak Shrikant Joshi also spoke on the occasion.

By Sangita Sachdeva in Organiser 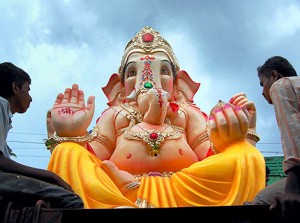