Yesterday I posted to the SHO of the Crime Branch of Delhi Police, located in Rohini, Delhi a written complaint for registering a FIR against Ms.Sonia Gandhi, Chairperson of the National Advisory Commission (NAC) and 14 other unnamed persons who are members of the NAC.

The offences alleged to have been committed arises from a draft Bill prepared by the NAC and known as Prevention of Communal and Targeted Violence Bill of 2011.  This was widely circulated as also posted on the NAV website.

The charge is that Ms.Sonia Gandhi and her NAC members have by writing and drafting such a Bill for adoption by Parliament have incited the Christians and Muslims to attack the Hindus by rioting and mayhem of rape promising legislative protection to them as a “group”, and giving immunity under the provisions of the Bill when enacted, from prosecution even if the said “group” attacks the “dominant” Hindu community. 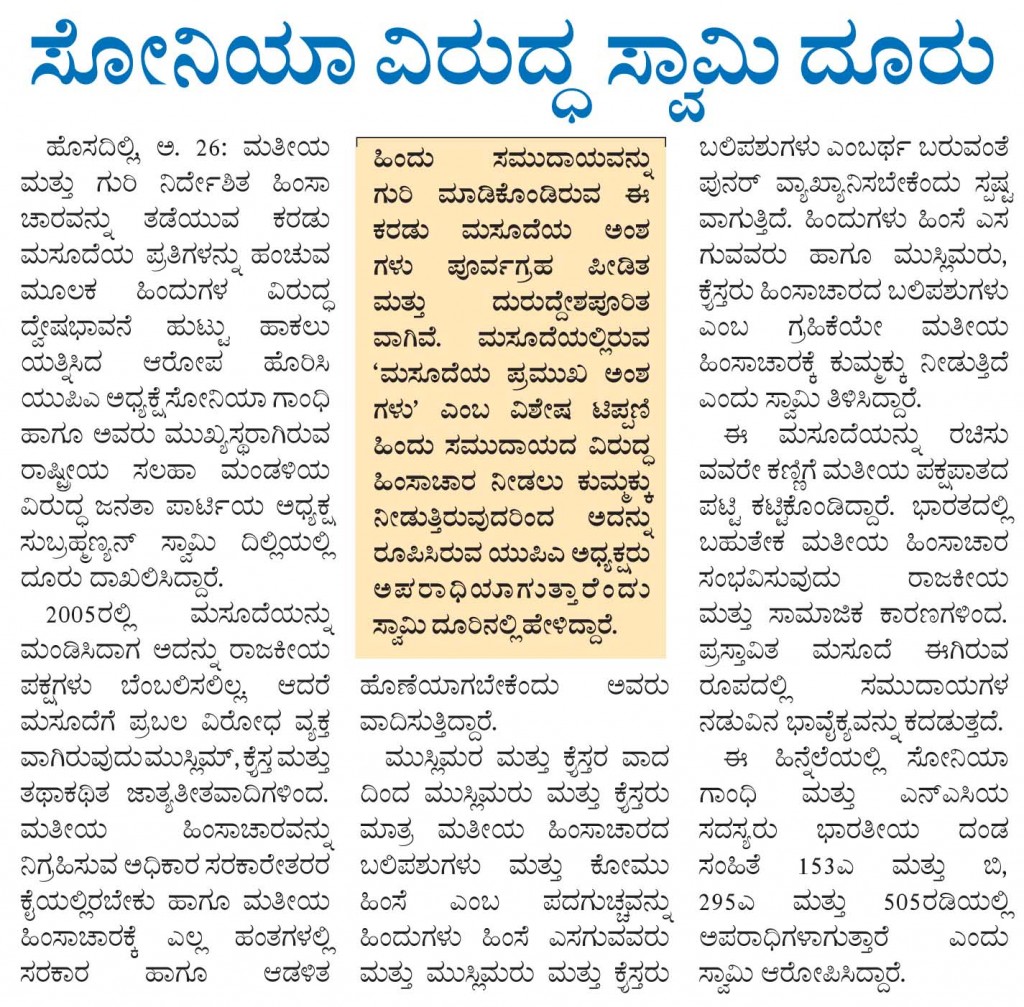