New Delhi:  Chief ministers of 21 states attended the meeting of the National Integration Council today chaired by the Prime Minister. The council is meant to look at issues like national integration and secularism, and combat communalism, linguist and casteism. However, it was the Communal Violence Bill that became the focus. “We need to recognize that members of the minority community often have a perception of being unfairly targeted.  While the law should  take its course, we should ensure that the investigating agencies are free from bias and prejudices,” said Dr Manmohan Singh.

Here is the full text of the PM’s speech:

I am very happy to welcome all of you to this 15th meeting of the National Integration Council. The meetings of the Council provide us unique opportunities for exchange of views on issues of vital national importance. Common citizenship, unity in diversity, secularism, equality, justice – social, economic and political, and fraternity among all communities constitute the foundation of our national life. At the National Integration Council meetings we reiterate our faith in these abiding values.

I am sure that like the previous meetings, this meeting of the National Integration Council also will benefit all of us who are present here today.

Our country has come a long way since 1962. We have made remarkable progress in many diverse areas. But the need to confront divisive forces remains as important, if not more, as it was about 40 years back.

The last meeting of the National Integration Council was held in October 2008. Since then, many important developments, with a direct bearing on the subject of national integration, have taken place. I would like to mention a few of them before we proceed with today’s discussion.

The problems of terrorism and Left Wing Extremism constitute two major challenges that our society and polity face today. The terrorist attack in Delhi last Wednesday is a stark reminder to us that there can be no let-up in our vigilance. Time and again our nation has been subjected to terrorist violence. Terrorists seek to justify such violence based on misplaced sense of ideology. The institutions and instruments of our democratic polity allow sufficient opportunity for articulating differing points of view without recourse to violence. No civilized society can tolerate or endorse loss of innocent lives in the pursuit of any ideology. This Council must unequivocally send out a message that pursuit of violence cannot be justified under any circumstance and reaffirm our collective resolve to fight the menace of terrorism in all its manifestations with all the means at our disposal.

We must continuously upgrade and strengthen our investigating agencies and our intelligence gathering apparatus to deal more effectively with the newer methods and technologies that the terrorists and Naxals adopt. In the last few years we have tried hard to achieve this. The intelligence sharing mechanism under the Multi-Agency Centre has been bolstered and the National Intelligence Grid, called the NATGRID, is being implemented so that intelligence from various sources can be accessed and analysed to identify actionable points. Regional hubs of the National Security Guards have been set up to enable quick deployment of our counter-terrorism strike forces, when required. Coastal security has also been strengthened by establishing additional coastal police stations and providing interceptor boats. State and central police organizations are being connected on a computer network through the Crime and Criminal Tracking Network System. The strength of the central para military forces has been increased. The National Investigation Agency has begun investigating terrorist related crimes in the right earnest. Of the 29 cases handed over to this agency, charge sheets have been filed in 20 cases. As I have said before, the problem of Naxalism has a development dimension also and the Central Government is making special efforts for development of backward areas, many of which are affected by Left Wing Extremism.

The Central and State Governments have to work together to confront the challenges to our internal security and we will strive hard for greater coordination not only between the Centre and States but also between States.

In our federal polity, creating a sense of oneness among our citizens and ensuring their welfare have to be the joint endeavour of both the Centre and the States. Together, over the last few years, we have taken several steps to ensure greater involvement of our people in the affairs of the nation. Our policy of engagement has helped secure peace in many areas that had experienced considerable violence in the past. The tripartite agreement for setting up the Gorkhaland Territorial Authority and several Suspension of Operations agreements in the North-East have helped bring peace and helped bridge a divide in perceptions. Our interlocutors for Jammu & Kashmir and the North-East are exploring ways of finding political solutions and creating a more durable peace for a stronger India. However, major challenges still remain.

Our democracy has struck deeper roots in the recent years with the strengthening of local governance institutions and a more informed and active citizenry. Jharkhand has held Panchayat elections after decades. The people of Jammu and Kashmir turned out in large numbers for the Panchayat elections held this year, including in areas that have experienced militancy. The active interest displayed recently by the people in the national debate on corruption augurs well for the future of our country.

Security from internal and external disturbances is a sine qua non for a nation state and steps to ensure this have always been accorded the highest priority in government. Security matters have been regularly reviewed and discussed jointly with State Governments. We have also taken up security issues with our neighbours and I am happy that some of our neighbours have extended cooperation, which has proved helpful in controlling violence in the North-East. However, concerns remain and these will continue to be addressed.

On the development front, we have taken several steps to ensure higher growth, coupled with greater inclusion. The high rates of economic growth experienced over the last decade have provided individuals with greater opportunities for improving their standards of living. Under major initiatives like the Mahatma Gandhi National Rural Employment Guarantee Act, the National Rural Health Mission, Bharat Nirman and The Right to Free and Compulsory Education Act, direct action has been taken on an unprecedented scale to secure benefits to those who need them most. The Forest Rights Act has helped address a longstanding inequity in the treatment of forest dwellers. Our Government is moving forward with legislative proposals for securing a better deal for the people where land acquisition becomes unavoidable in the larger public interest, and also for sharing the benefits of mining operations with persons who have occupations, and traditional rights in such areas. The needs of the minorities were highlighted by the Sachar Committee, and concerted efforts have been made to address them through initiatives like the New 15 Point Programme, the Scheme for Multi-Sectoral Development of Minority Concentration Districts, Kasturba Gandhi Balika Vidyalayas and the National Commission for Minority Educational Institutions.

We need to identify and address the causes of radicalization of some of our youth. Very clearly, lack of productive employment opportunities for our young men and women is one factor which aids such radicalization. Education and skill development opportunities have a major role to play in addressing this problem. The launch of the Rashtriya Madhyamik Shiksha Abhiyan will enable us to build on the gains made in elementary education. We have made efforts at providing more opportunities with greater inclusion in higher education. We hope, these measures will help our youth harness the opportunities that a growing economy like India provides. Whether we are able to reap the benefits of our large population of young people would depend critically on the kind of skills we are able to impart to them. Our Skill Development Initiative is aimed at equipping our youth with the right kind of skills. Several measures in this regard, ranging from more institutional training and vocational education in schools to reforming the apprenticeship law and leveraging opportunities for non-institutional training are at various stages of approval and consideration.

In dealing with civil disturbances, which is one of the agenda items of today’s meeting, we should keep in mind that excessive use of force often proves counter-productive. We need to distinguish between criminal activities and misguided discontent that finds unlawful expression. It is with this intent that the Home Ministry has circulated instructions for dealing with crowds in a non-lethal manner. I urge the Chief Ministers to ensure that these are made operational by appropriately equipping and training the police forces.

It is a matter of great satisfaction that in recent years relations among various communities have by and large remained harmonious. Members of this Council have played an active role in ensuring that people respond with maturity to developments that may otherwise flare up communal tempers. Nevertheless, we need to maintain a continuous vigil in this regard. We also need to recognize that members of the minority communities often have a perception of being unfairly targeted by law enforcement agencies in the aftermath of unfortunate incidents. While law must take its own course, we need to ensure that our investigating agencies are free from biases and prejudices of any kind. The media also has to play an increasingly important and constructive role in promoting peace and harmony in our society.

I look forward to rich and productive deliberations on the issues flagged in today’s agenda. I am sure the views of the distinguished members of this Council will prove valuable for fashioning appropriate policy and societal responses for integrating the hearts and minds of all our people. 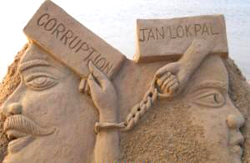