This is announced by election officer Prof. Raghuraj Kishor Tiwari at ABVP Central office, Mumbai. The term of both the newly elected office bearers will be for one year. They will take charge of their responsibilities in 57th National Conference of ABVP scheduled to begin from 4th Jan., 2012 at Delhi.

Prof. Milind Marathe M.E. (Electrical) from VJTI Mumbai, is working as Assistant Professor in Department of Electronics Engineering with K. J. Somaiya College of Engineering, Mumbai. He is a ABVP Activist since 1979. He is also known for deep study about Higher Educational Policies . He has presented various papers on Education at different national seminars and has also visited Afghanistan as a member of Indian Voluntary Organisation’s ‘Goodwill Mission’ in May, 2002. Till the date he held various responsibilities of ABVP as state organising secretary of Rajasthan, President – Maharashtra state and so on. From 2004 to 2008 he was National Vice President. He was elected as National President of ABVP for the first time in National Conference of 2008. It will be his fourth term.

Tue Dec 27 , 2011
Bangalore December 27: “If we understand Hindutva as described by Guruji Golwalkar and practice it the way he explained, we can bring real harmony between communities”, told Eminent Economist and thinker S Gurumurthy. He was talking in a lecture organised by Mythic Society in Bangalore as part of Sri Noor […] 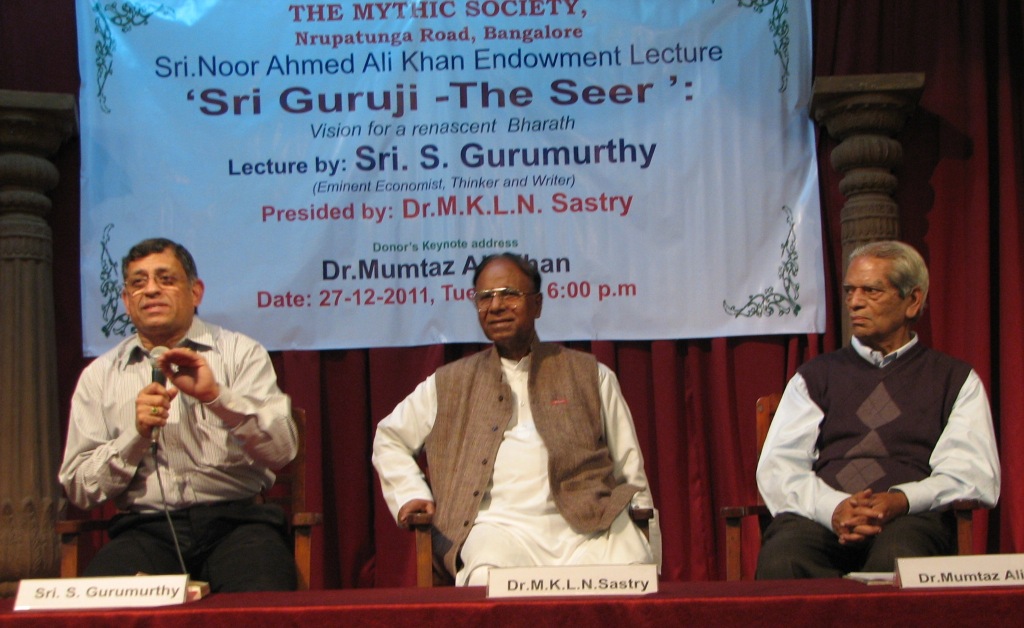