Sun Sep 25 , 2011
Sept 25: The central government “lacks the will to fight external and internal threats” and has not been able to end the “tampering” with the border by India’s neighbours, Rashtriya Swayamsewak Sangh chief Mohan Bhagwat said on Sunday. Addressing RSS workers in Jammu, he said it was “unfortunate that the government has neither shown the will […] 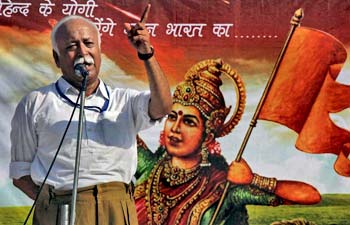