Sar-Sanghchalak Sri Mohanrao Bhagwat addressed a modest gathering of 2000 swayamsevaks and 8000 general public at Canning town in the border district of South 24 parganas in Pashimbanga on 6th November 2011. In his address he stressed the need to undertake Hindutva as the guiding philosophy for Humanity in achieving world peace and prosperity. He said that Imperialism failed as it was based on conquest and blunder, Capitalism failed as it was based on exploitation and materialism, Socialism failed as it was unscientific and impractical with no regards for human instincts and dignity, even neo-Capitalism with its catchy humane slogans has so far failed to eradicate poverty and disparity. In these tense period only Hindutva can bring peace, prosperity, equality, justice and dignity to mankind. He elaborated that Hindutva doesn’t carve for any particular mode of worship or ritual, it calls for universal brotherhood and development with dignity for all from human beings to animal kingdom and all of Mother Nature. He also called upon his swayamsevaks and the public at large to keep vigil against the anti-national forces from both outside and within our country. Later he met with some eminent citizens and district RSS functionaries during his night long stay.

“Bharat of our dreams will take shape within the coming 30 years” this was the echoing sentiment of the Sar-Sanghchalak at an informal tea session with Editors of different news papers and publications in Kolkata on 9th November 2011. Replying to a question Sri Bhagwat said that unlike the development in China which is spearheaded by the government there, the development here in Bharat is totally spearheaded by the ordinary citizens with little or no help from the government. The youth in this country which accounts for almost 65% of the entire population is the driving force in this endeavor. And this youth force is the backbone of our success and hosts the ace for our bright future. He claimed that almost 1lakh of this force is joining RSS every year. This force according to Mohanji is not only principled and holds ethics and probity very high in their priorities but also is very aware of its roots, culture and values. He highlighted the participation of youths in large numbers during the recent movements initiated by ‘India against Corruption’, Bharat Swabhiman Trust’ and Sri Sri Ravishankerji of ‘Art of living foundation’. Though no photographers were allowed during the session, after words due to popular demand from the visiting Editors Mohanji consented to a photo-op with those present. 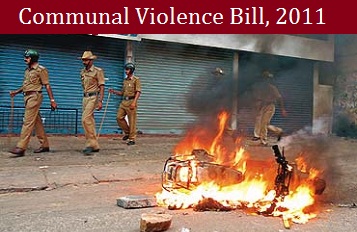