New Delhi The RSS took a snipe at Digvijay Singh, who had accused it of ‘spreading terrorism’ and ‘making bomb factories’, saying it ‘pitied’ the Congress leader who was acting as a ‘street bully’.

The Sangh fountainhead said neither Singh’s party nor the government takes his statements seriously.

“We pity the situation a senior leader like Digvijay Singh finds himself in…. He has started acting like a street bully. We pity him,” RSS leader Ram Madhav said here while reacting to the alleged confrontation involving Singh and his supporters and BJP activists in Ujjain yesterday.

He said the senior Congress leader is “now seen on the streets along with some unknown, apparently anti-social elements.

“He has already acquired notoriety for his hobnobbing with jehadi elements and support for the most corrupt people,” Madhav alleged.

Asked about Singh’s statement that RSS was “making bomb factories”, he said nobody takes his statement seriously.

“Neither his party nor the government takes it seriously. Therefore, there is no reason for us to take his remarks seriously,” Madhav said.

3 thoughts on “RSS hits back strongly at Digvijay Sing” 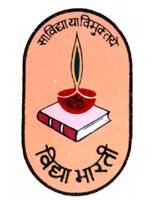