A tribute to Dr Ambedkar on his 120th birth anniversary. RSS is successful in bringing social equality and harmony

WE, as a team of karyakartas, went to a village called Madappally in North Arcot district of Tamil Nadu years ago. During that time I was Prant Pracharak of Tamil Nadu. The local Dravida Kazhagam leader was invited to preside over the annual celebration of the shakha. He was a non-believer and president of Dravida Kazhagam which was working for social justice. It was a pleasant surprise to all when he accepted the invitation and came to the function.

More surprise awaited when at the close of the function he went back and brought sweets for distribution. He explained, “In fact, a few days ago I had come here with the intention of opposing you and stopping your activities since all of our DK workers were upset about your starting Sangh work in our village. But when I saw that boys of the agrahram (Brahmin Locality) and those from the Harijan Mohalla are freely mingling and playing together with joy and enthusiasm and behaving just as the children of a single family, I was totally disarmed. I felt our founder, Periyar EV Ramaswamy Naicker too had dreamt exactly of a similar casteless society. The dreams of great social reformers like Dr Ambedkar and Periyar EV Ramaswamy Naicker are fulfilled by your Sangh. You have been silently succeeding in realising their dreams. Hence my good wishes and sweets to you.”

It is natural that such a powerful movement for social harmony and unity generated by thousands of shakhas spread all over the country should have a strong ideological foundation. RSS is working hard to organise the Hindu society. Organisation means bringing the people together and making them realise the purpose for which or values for which they are living together. This is not an easy task. There should be an emotional basis of our unity. Hindusthan is our motherland. We are the children of this great Bharatmata. We have been living for the past thousands of years and created a glorious history. Our contribution to the world thought, culture and civilisation is a well known fact.

RSS makes an honest appeal that we being the children of this soil, must come together and live together. It is essential to feel that we are all one and that we are all equal. At the same time we should also be able to experience this oneness in our day-to-day life.

The history of India tells us that a handful of Muslims and Englishmen could rule over us by exploiting the differences among our people. They could forcibly convert our brethren to their religions.

Dr Hedgewar, the founder of RSS, used to say that we cannot escape our responsibility by simply blaming the Muslins and the Europeans for our downfall. We have to admit that social inequality amongst us has been a reason for our downfall. Fissiparous tendencies like caste and sub-caste rivalries have all been the manifestation of social inequality. The evil must be rooted out.

Social unequality is a still more saddening and unfortunate aspect of our society. Some intellectuals express their opinion as it was non-existent in the olden times, but at some stage during the passage of time, it entered into our social system.

According to the late Balasaheb Deoras, the third Sarsanghachalak of RSS, “Untouchability is a terrible folly and it must be thrown out lock, stock and barrel. There are no two opinions about it. Abraham Lincoln, who abolished slavery in America, said, if slavery is not wrong, then nothing is wrong. Similarly, it is for all of us to declare, if untouchability is not wrong then nothing in the world is wrong.”

RSS explains to the people at large how our society became weak and disorganised on account of social inequalities. RSS tries to eradicate social inequality in each and every form.

The late second Sarsanghchalak Sri Guriji had brought together on a common platform under the auspices of Vishwa Hindu Parishad, all the religious leaders to persuade them to this viewpoint. As a result, many saints and religious leaders have commenced mixing amongst all sections of society. They have given up their previous opposition to reconversion and now come forward to take back into their fold those brethren of ours who had been converted.

Unfortunately, there are some people in our society who believe in discrimination and are unable to grasp the right attitude. They are also part of our Hindu society. It is not necessary that we should pounce upon such people and teach them in a hard way. There are certainly other ways of persuading and bringing them together.

Sri Bachharaj Vyas was a swayamsevak in Nagpur. Having been born in a highly orthodox family, he had difficulties in meeting and mixing together with various sections of people. When he first attended a Sangh camp taking meal posed a problem for him. He could not partake the meals prepared and served for all. When Dr Hedgewar came to know about the problem, he did not quote any rule of the camp and prevent Shri Bachharaj Vyas from attending the camp, since he was certain that the desired reformation would definitely take place in him. He knew Shri Bachharaj was a man of great caliber and utterly selfless at heart. He allowed him to attend the camp with his own utensils, ration. He himself cooked his food and ate. That was the first year. The next year, Shri Bachharaj, himself told Dr Hedgewar, “I shall take meals with the rest”. Thereafter, as he involved himself more and more in Sangh work and his behaviour underwent a metamorphic change in spite of his orthodox background. He became a trusted worker of the Sangh and served as the provincial organiser in Rajasthan. Later he even became all India president of Bharatiya Jan Sangh. This was the way Dr Hedgewar worked.

It is a fact that the backward or dalit brothers of ours underwent a huge amount of humiliation, misery, insults and injustice all these centuries. That agony is there in their hearts. Every one is pained at this sight. Onslaughts on them are wrong and they should stop forthwith. Oppressed brethren are also part and parcel of our own Hindu society and we have to ensure a dignified living for them with other members of society.

RSS constantly makes appeal to all the people to stand up shoulder to shoulder with others who have similar ideas and feelings, and then the combined efforts of both will make the task much easier and bring the goal much nearer.

Working for the economic and political betterment of those who had been relegated to the background and bringing them up to stand shoulder to shoulder with all the rest of our people is a Herculean task. Strenuous work springing from the heart and manifesting itself in day-to-day behaviour, work on a spiritual, moral and social plane is also needed.

RSS and various other Hindu organisations are organising programmes like bhajans, keertans, festivals, recital of stories from Ramayana and Mahabharata. Local people assemble in a sprit of common brotherhood submerging all such differences in a current of pure dharmic devotion. Service projects promoting literacy, health, employment, sports etc are also undertaken on a big scale. The central point of RSS inspired activities are the personal appeal to the heart, the emphasis on the unifying and ennobling factors, and ignoring of differences.

Babasaheb Ambedkar presided over the Makarsankranti utsav of Pune Shakha in 1936. Here he asked Dr Hedgewar, who was present at the ceremony, if all members of RSS were Brahmins. Dr Hedgewar’s answer was that when swayamsevaks were spreading their ideals and recruiting new members that is using their brain they were brahmins, when they were performing their daily exercises, they were kshatriyas, whenever they handled money and other business matters for the Sangh, they were vaishyas, and when they did the sanitation work in their various camps and branches, they were shudras. In other words, by naming the four main traditional castes into which Hindu society is divided Dr Hedgewar made the point that the RSS was attempting to demonstrate that caste meant nothing.

Dr Ambedkar was very much impressed with RSS castlessness in the centre of orthodoxy in Maharashtra.

Mahatma Gandhi, when he addressed RSS workers in Delhi in 1947, remembered that when he had visited an RSS camp years ago, “I had been very well impressed by your discipline, complete absence of untouchability and rigorous simplicity.”

All this was achieved not by any sermons but by daily example. Non existence of caste differences within Sangh has been a fact ever since RSS was born in 1925. 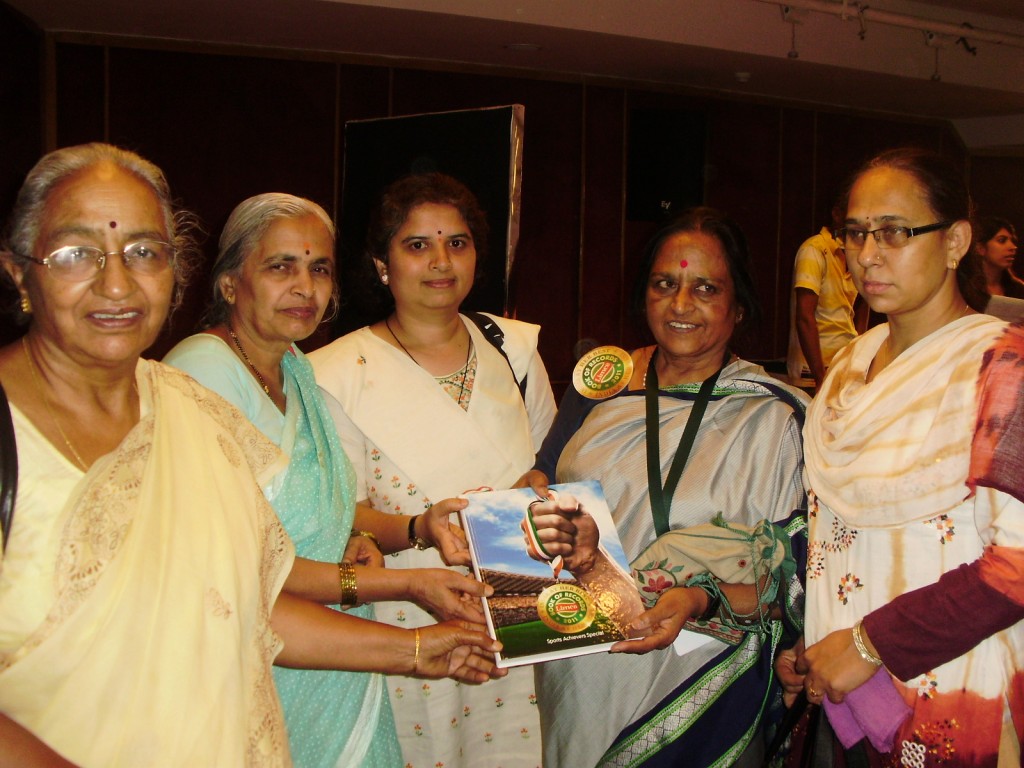