Corruption, Swamy said, had reached mind-boggling levels, as seen in the money illegally appropriated in the Satyam, CWG and 2G spectrum scams. He drew a connection between corruption and the state of the nation’s financial health, stressing that corruption has affected badly the rate of growth of India’s economy.

Swamy was addressing a seminar organised by Rashtriya Swayamsevak Sangh (RSS) in the city today.

Swamy said that “the most acceptable estimates” of the loss to the national exchequer as a result of corruption ran into lakhs of crores. “One of the worst problems with corruption in India is the creation of black money — money used in such transactions is unreported, it is neither taxed nor is spent openly. It travels to secret bank accounts abroad or, worse, is used by the corrupt to indulge in gross luxurious consumption and bribery.” Swamy said. “Black money also funds election and hence there is no accounting.”

Sun May 29 , 2011
Bangalore:  “Corruption, today has grown to a large extent, the scale of corruption in society is a matter of serious concern. Rashtriya Swayamsevak Sangh will support all genuine attempts to fight against corruption” says Dr Manmohan Vaidya, Akhil Bharatiya Prachara Pramukh of RSS  today. He was addressing  in an Intellectual […] 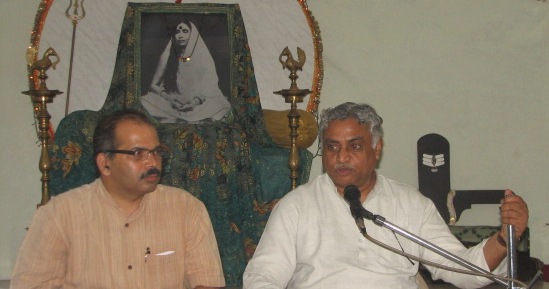